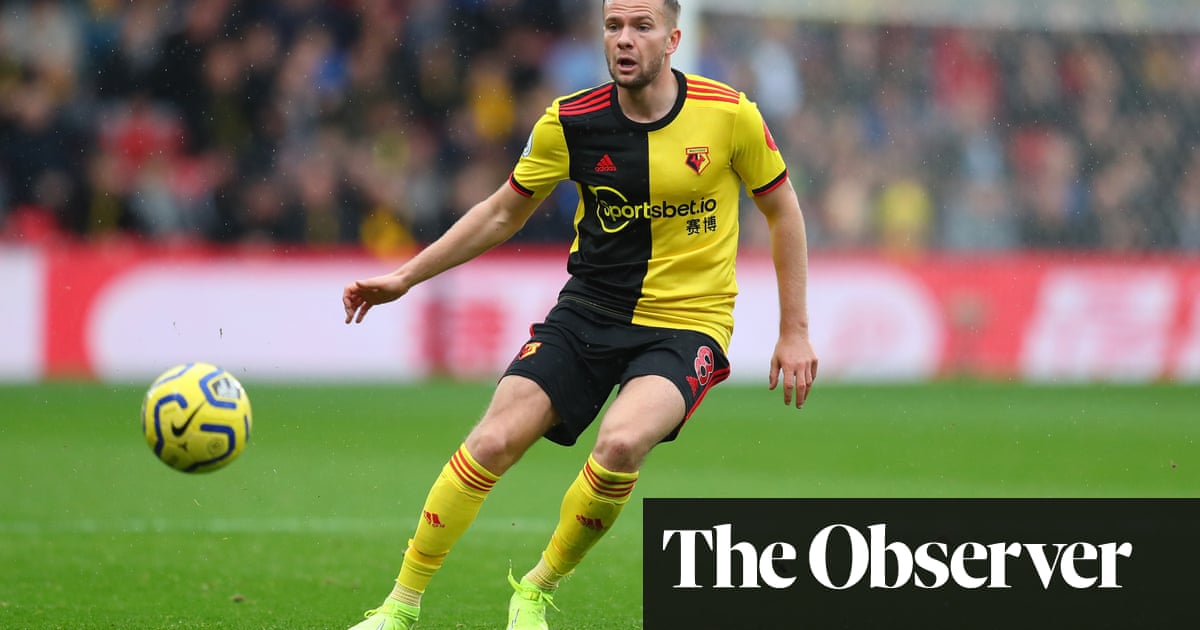 Watford’s Tom Cleverley has attempted to dispel the air of negativity around the club by insisting he would relish the opportunity of deciding survival or relegation on the pitch. Cleverley was speaking before the Premier League received early indications of just two positives at two clubs from 996 players and staff in the latest coronavirus testing.

“The odds are that the season is going to go ahead,” the midfielder said. “We are going to prepare for that and we have to back ourselves. We need to adopt a no-excuses mentality and show we have no problems about continuing and proving that we do deserve to be in this league.”

Watford are fourth-bottom, ahead of Bournemouth on goal difference, and at risk of returning to the bottom three should Aston Villa find a way of playing and winning their game in hand. After looking relegation certainties for most of the first part of the season Watford’s rejuvenation after Nigel Pearson’s appointment was put on hold by the shutdown.

Since then they have come to be regarded as one of the clubs that would favour scrapping the season instead of restarting the league, even if the protest by their chief executive, Scott Duxbury, over the lack of sporting integrity involved in deciding relegation issues through “a distorted nine-game mini-league” was largely based on the fear of having to play at neutral venues.

Those clubs concerned about surrendering home advantage at such a crucial stage of the season have since been appeased, but Watford’s captain, Troy Deeney, has declined to return to training over Covid-19 fears and Pearson recently argued it was debatable whether the Premier League needed to return in June.

Cleverley said: “I was one of the players more comfortable with returning and now I have seen how phase one is working I feel even more comfortable. It’s well organised and it’s safe.

“There have been a couple of players who have had doubts, and that’s fine, but I can only be positive about it. If we are going to save ourselves on the pitch we are going to need a no-excuses mentality.

“What would I tell Troy? I would say that so far in training I have come into contact with as many people as I would visiting the supermarket or going for a morning jog round my estate. I would talk him through the details, that’s all, though I appreciate we have not started contact training yet. That looks like it might be a pivotal moment. Any increase in positive tests during phase two would probably put the whole thing in jeopardy.”

The Premier League’s chief executive, Richard Masters, has said he is confident clubs could follow the example of Spain and Portugal by returning to action in June.

The culture secretary, Oliver Dowden, has promised the return of contact training in elite sports could receive government approval within days, though Labour’s shadow minister for sport, Alison McGovern, still has concerns over Project Restart. “I have asked the minister for sport to be aware of possible areas of conflict of interest which may pressure clubs to put their game before public health,” she said.

“We already know players and staff are testing positive as training resumes, but the government has made no provision to ensure football club health professionals are able to raise issues related to Covid-19 independent of any pressure they may be under from clubs. “I’m disappointed the government have missed another opportunity to build much-needed trust with the public. We will continue to scrutinise government plans constructively to ensure we get the best for everyone involved.”