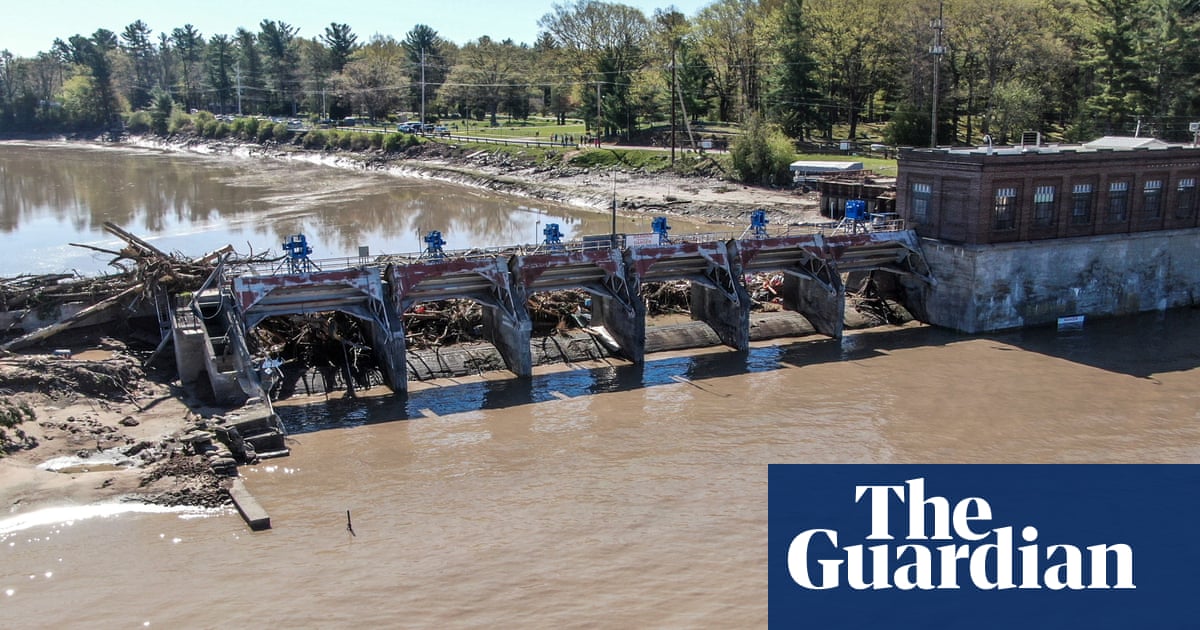 More than 15,000 dams in the US would likely kill people if they failed, and at least 2,300 of them are in poor or unsatisfactory condition, according to recent data from the federal government’s National Inventory of Dams.

When the ‘500-year flood’ hit Michigan, residents had to weigh risk of escape in a pandemic

The country’s neglected and deteriorating dam infrastructure is coming to light as heavy rains and two dam failures in Michigan have caused catastrophic flooding and forced thousands to evacuate their homes in the middle of the coronavirus pandemic.

The problem will only become more serious as the climate crisis disrupts rain patterns, experts warn.

The average age of a US dam is 57 years, and many – like the Michigan dams – were built in the early 20th century, when states had not yet set safety standards. US dams received a “D” rating from the American Society of Civil Engineers in its most recent review in 2017.

About 70% of dams are regulated by states, and another 5% are regulated by the federal government. But many are not being forced to make needed repairs, said Mark Ogden, who co-authored the 2017 dam report and is a project manager at the Association of State Dam Safety Officials.

“Unfortunately, some state programs don’t have the resources they need to follow through,” Ogden said. “These can be very expensive repairs … so if the owner is unable or unwilling to do that, it takes a lot of time and resources to go through the enforcement process.”

Many dams, for example, were built by neighborhood developers who wanted to create bodies of water for recreation, Ogden said. Then they were turned over to homeowners’ associations unprepared to maintain them.

Accident waiting to happen: the Ohio village built on a crumbling dam

In total, there are more than 91,000 dams in the US, according to the National Inventory of Dams, a project of the US army corps of engineers. About 17% of them are classified as having high hazard potential, meaning the loss of human life is likely if the dam falls. Another 12% have significant hazard potential, meaning a failure probably wouldn’t kill people but could cause “economic loss, environmental damage, disruption of lifeline facilities, or impact other concerns”.

About 20% of state-regulated high hazard dams do not have emergency action plans, Ogden said. Those plans would dictate how an owner should monitor for possible failures and warn officials downstream.

If the ground is already saturated with rain before a heavy downpour, a dam could overtop or even burst.

“Over time hopefully we’ll see improvements in specific dams that may be vulnerable to this, but it will take time and unfortunately will take expense and cost for owners to be able to upgrade,” Ogden said.