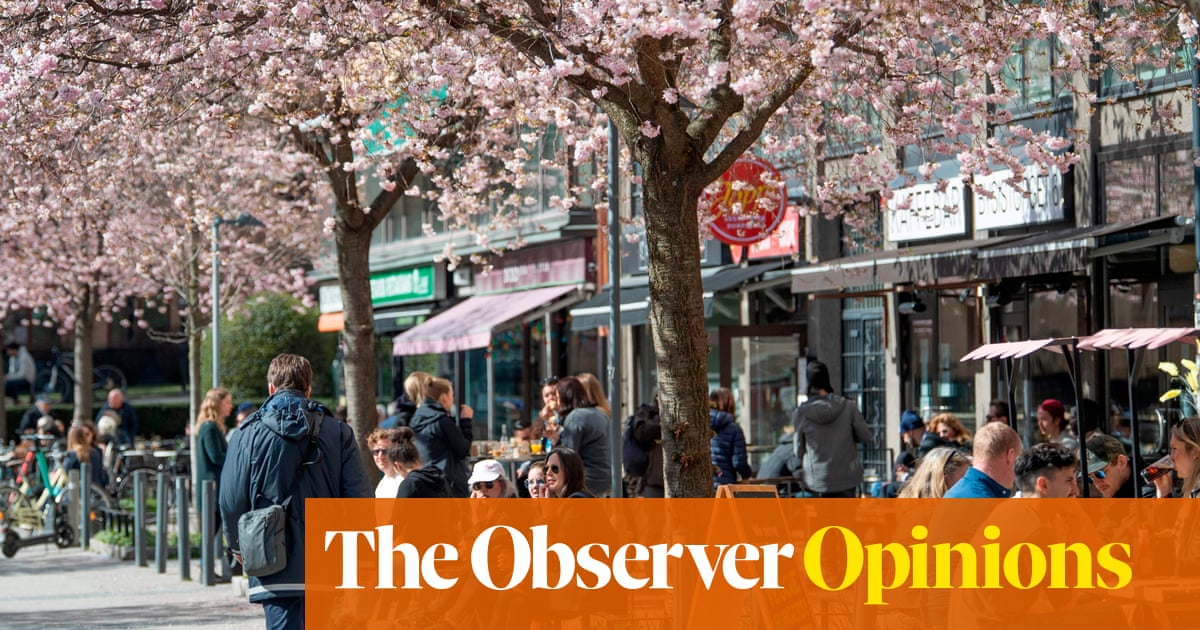 Covid-19 is nature’s way of making bad situations worse. From the moment it turned the world upside down, you could have predicted that the Chinese Communist party would have arrested whistleblowers and covered up the threat to humanity. It’s what it does best, after all.

You would not have needed mystical powers to divine that Viktor Orbán would have used a pandemic as an excuse to turn Hungary into the European Union’s first dictatorship. Nor did it take a modern Nostradamus to foresee that, if you put men who care nothing for competence, complexity, or the difference between truth and falsehood in power, you will live to regret it. Or in the case of tens of thousands who trusted Donald Trump and Boris Johnson, die needless deaths.

No one, however, would have predicted this news item from last week: “Covid-19 deaths in Sweden were the highest in Europe per capita in a rolling seven-day average between 12 and 19 May.” It confirmed that Sweden’s state epidemiologist Anders Tegnell’s “mitigation” strategy of allowing shops, restaurants, gyms, schools and workplaces to remain open was a deadly folly. It does not even seem to have produced herd immunity. Just 7.3% of Stockholm’s inhabitants had developed Covid-19 antibodies by the end of April.

All those deaths for so little point. In Sweden of all places. A country where the need to protect society from harm is knitted into the national consensus, and whose supposed moderation produced the spectacularly inoffensive music of Abba and the furniture of Ikea. Sweden’s position may be graver than the weekly figure implies, Lena Einhorn, a Swedish virologist and author, told me. Recorded cases of Covid-19 follow a bell curve. All severely infected countries, including the UK, are seeing infections fall as they move down the far side of the curve, apart from Trump’s America and Sweden. In both instances, they have declined slightly then hit a plateau.

The Swedish sickness is a political as well as a medical disaster. Professor Johan Giesecke, an adviser to the Swedish government alongside Tegnell, became a star of the rightwing web as he lectured other governments on the futility of their tough measures. British Conservative commentators have boomed out claims that Sweden showed there was no need to close the UK economy. Sweden had “held its nerve”, they gushed, in much the same way communists once gushed about the Soviet Union. They praised Johnson for holding his nerve for a few weeks while he let the virus run amok, but damned him as a “scaredy cat” and “pant-wetter” as he U-turned and locked Britain down. Don’t be too quick to scoff at pundits who never made it out of the prep-school playground. They may talk like prepubescents but their readers are running and wrecking the country.

The right should not be our first concern, however, and not only because Sweden’s dead deserve better. The tragedy of the Swedish outbreak is that it is a warning of what happens to countries that trust too much. We are not used to thinking about such dangers of too much deference. Across the world, strongmen have successfully undermined it in country after country. The media are biased against the leader. The civil service is filled with saboteurs. The judges aren’t impartial. As they suspend parliaments and persuade their supporters that bad news is fake news, they leave them with nothing left to believe in except the leader and his party.

Sweden has resisted the global turn towards demagoguery. Every foreign visitor notices the respect for institutions and the faintly stultifying conformity. Richard Orange, our correspondent in Stockholm, offered me the wonderful word åsiktskorridoren, “opinion corridor”: the narrow range of views that respectable people hold. They are not constant. They can pass from social democracy to neoliberal conservatism. But while Swedes are trapped in a corridor, it seems as if they can never change. And then, all of a sudden, and with no debate, they shift to a new corridor and carry on as if nothing has happened. Anyone who has seen Labour switch from Corbynism to Starmerism without blinking an eye will recognise the phenomenon. Swedish journalists tend to see themselves as having a duty to prop up society as well as report on it. Such is their deference that last week, Frode Forland, Norway’s state epidemiologist, complained that there had been almost no critical media coverage of the high death rate in Sweden. It is with a rare twinge of patriotic pride that I say that no one could level this charge at the British media.

The Swedish public and press have trusted Tegnell. Sticking by him has become a nationalist badge of honour, and not because politicians are urging voters to believe in Swedish exceptionalism. A half-mad tub-thumper, like Trump, or blustering second-rater, like Johnson, does not lead Sweden’s government. It is a respectable coalition of Social Democrats, Greens and Liberals. If Tegnell had said Sweden should have locked down rather than remain open, the politicians and public would have obeyed his orders as faithfully.

Just 7.3% of Stockholm had Covid-19 antibodies by end of April, study shows

Put like this, Sweden sounds like an authoritarian technocracy intolerant of opinions and individuals that don’t fit in. But at the start of the pandemic, most countries were as trusting. In South Korea, Germany, Taiwan and New Zealand that trust has been justified. Britain saw a wave of support for a government that frittered it away with its repeated displays of tardiness and ineptitude. If Britain shows the dangers of a weak state and incapable politicians, Sweden shows what happens when you place too much trust in a handful of administrators, without first protecting yourself with a robustly argumentative culture that allows you to question whether they are right.

Sweden’s loss belongs to the world. If and when the virus returns, no one, not even the Brexit right, will be able to say that Sweden has proved we don’t need to wreck the economy and risk mass employment because it has shown a better way. We will just have to endure it. Again.