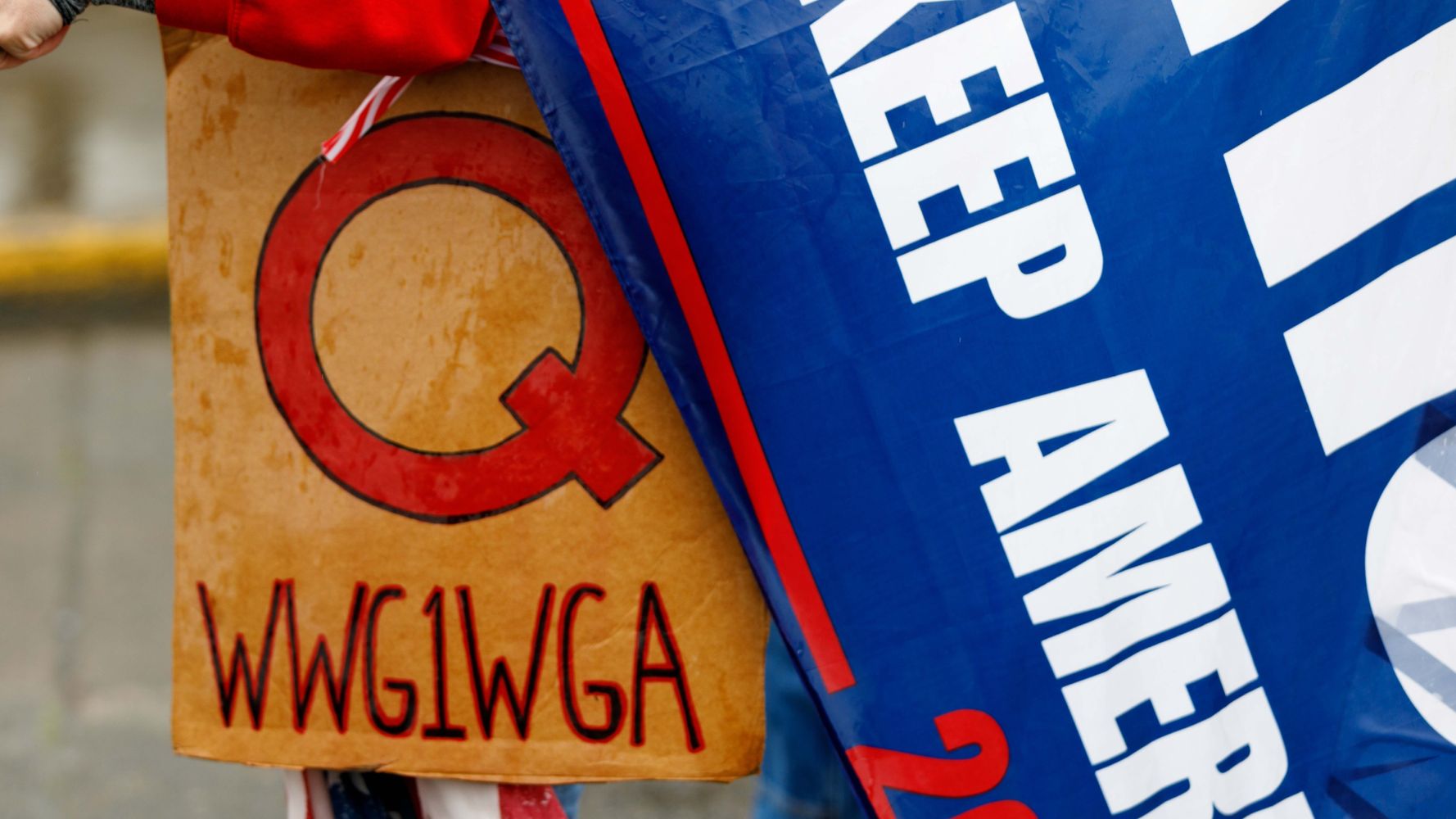 Conservative publication the National Review took the rare step of denouncing a GOP Senate candidate over her belief in the QAnon conspiracy theory.

Jo Rae Perkins, Oregon’s Republican nominee in this year’s Senate race, should be “shunned and repudiated” for her belief in a dangerous, baseless conspiracy theory, the publication said in an editorial Saturday.

“Perkins is an unreconstructed exponent of a batty and corrosive conspiracy theory running a longshot campaign that carries only political downside for Republicans,” the editorial reads. “They should do what they can to distance themselves from her candidacy.”

The QAnon theory, which began in 2017, posits that President Donald Trump is involved in stopping a pedophile network of Satan-worshipping cannibals who have infiltrated every level of government and the mass media. Believers follow “Q” an anonymous person who claims to be in a high-level government position and who leaves vague clues about supposed future mass arrests that never happen.

That hasn’t stopped Q’s legion of followers from falling down countless absurd rabbit holes that have also led to dangerous real-world consequences. And when Perkins won her primary by a landslide, she came out in full support of the extremist group.

“I stand with Q and the team,” she said in a Twitter video. “Thank you, Anons, and thank you, patriots. And together, we can save our republic.”

Her campaign retracted Perkins’ endorsement of QAnon on Wednesday, and Perkins said in a new video she “would never describe herself as a follower.”

A day later, Perkins went against her own campaign, telling ABC News she was “literally physically in tears” at having to read the statement.

“My campaign is gonna kill me,” Perkins told the outlet. “How do I say this? Some people think that I follow Q like I follow Jesus. Q is the information and I stand with the information resource.”

Now, the National Review is calling for Republicans to denounce the conspiracy theorist. More from the editorial:

QAnon is a story of exploitation, in which some digitally literate person (or group of people) strings along the gullible with a fanciful story, inviting them to work together to decode clues and discuss lore. It is also a story of radicalization, in which skepticism about the Mueller investigation or distrust of political institutions mutates into a fantasy world in which the American elite is full of Jeffrey Epsteins. We don’t know whether Perkins is a cynic or a true believer, but whatever the case, she should be shunned and repudiated.

Perkins’ campaign did not respond to repeated requests for comment.

Read the full editorial at the National Review here.