rom garden barbecue beers to Friday night Zoom drinks, we Britons haven’t let the lockdown stop us from boozing. As pubs and bars remain closed, sales of alcohol have soared – but one tipple has proved surprisingly popular: tequila. According to Waitrose, sales of tequila increased by more than 175% between 24 March and the end of April. In the US, too, the market researcher Nielsen found that tequila sales were up 55% during those two months.

So why have we all been reaching for the salt and lemon? Actually, we probably haven’t. The (not particularly traditional) tequila cruda ritual has gradually fallen out of favour, with the spirit gaining popularity as a cocktail ingredient instead. In the US, the sales spike may be attributed to Cinco de Mayo celebrations – commemorating the Mexican army’s 1862 victory over France – which took place at the beginning of this month. But the increase in demand could also be down to the fact that production of tequila, which can be made only in Mexico, has been allowed to continue during the coronavirus crisis. The spirit is deemed an agricultural product, while breweries, for example, have been forced to close.

“Tequila is associated with holidays and being at the beach, and while people are in lockdown they want to replicate that feeling a little bit,” says Eduardo Gomez, the owner of Mex Grocer and the founder of London’s Tequila & Mezcal festival. With this in mind, we asked bartenders and tequila experts to share their favourite make-at-home recipes. 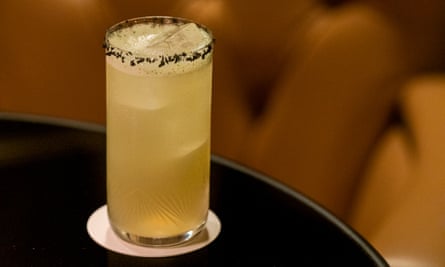 Blend 50ml tequila, 30ml lime juice and 15ml agave nectar with fresh coriander (to taste). Pour the mixture into a shaker or jar filled with ice and shake well. Double strain (using a tea strainer, to make sure there are no bits of coriander in the drink) and top up with pink grapefruit soda (I use Three Cents or Two Keys sodas). Leave out the coriander to make another popular tequila cocktail: the Paloma. 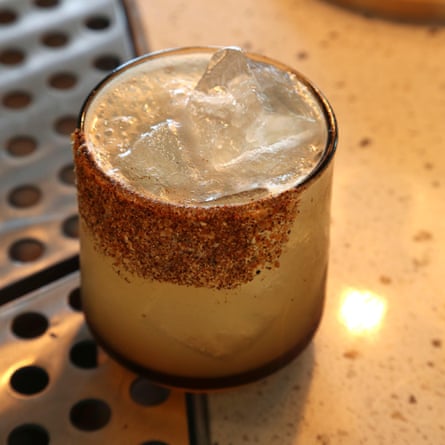 Tommy’s margarita replaces the triple sec in a classic margarita with agave syrup, which makes it a little less harsh. It’s the only cocktail I drink! Put 50ml of 100% blanco tequila, 25ml of fresh squeezed lime juice and 15ml of agave syrup in a shaker – or any container with a lid – and shake vigorously. Serve straight up in a martini glass or on the rocks in a tumbler glass, no salt rim needed. A tommy’s margarita is great paired with foods that use corn and chillies: tacos, guacamole … You can also add a spoon of chilli sauce or fresh jalapeño and coriander to this drink to make a picante de la casa cocktail.

Take 30ml of tequila (we recommend Patrón Anejo), 15ml of bourbon (any decent one will do), 50ml fresh pineapple juice, 20ml sugar syrup (easy to make at home – just mix one part water and two parts sugar), 25ml fresh lime juice, a vanilla pod (or dash of vanilla syrup/essence) and two drops of orange bitters. Pour over ice in a shaker. Shake well and strain over ice. Garnish with fresh pineapple for an extra kick of summer. 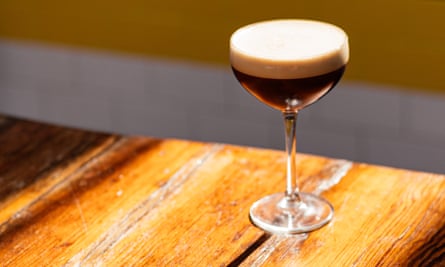 There’s still a bit of a stigma around tequila – people think that they don’t like it. An espresso martini is a good introduction because the tequila is surrounded by familiar flavours. Ordinarily, an espresso martini contains vodka, but our version is a bit richer, with more caramel flavours.

Add 40ml of espresso (the fresher the better) to 30ml of reposado tequila (reposado means it is aged for two to 12 months in barrels, so it has more sweetness and more vanilla or butterscotch flavours); we use Vivir. Blend with 20ml of coffee liqueur (we use Kahlua, but Patrón Cafe is just as good), 15ml of agave syrup, a pinch of kosher salt and a couple of ice cubes. You want to get some texture into the drink and this can be done using a Nutribullet or hand blender. Alternatively, half-fill a sports bottle with ice and give it a really good shake. Either way, the aeration makes it velvety and smooth. 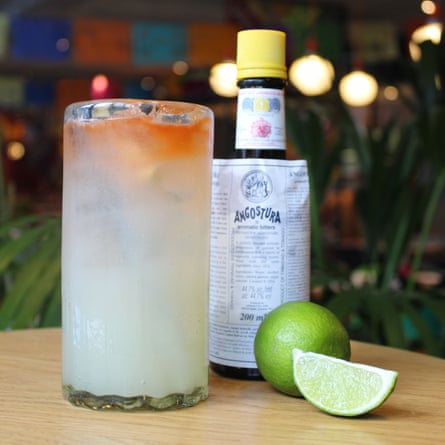 Tequila is a magic drink. During lockdown, people are discovering that it perhaps isn’t the drink they thought it was. In their younger years, it may have been associated with bad hangovers, but you can make really good, refreshing drinks with it.

One thing that makes a big difference is sticking your glass in the freezer for 10 minutes (or the fridge for an hour) beforehand. The mix of ginger and tequila here makes for a really uplifting drink. Build and stir (rather than shake) 35ml blanco tequila​, 125ml ginger beer, 20ml fresh lime juice​ and 5ml vanilla syrup​ (this can be made by boiling and cooling a mix of water, caster syrup and vanilla extract). Garnish with a wedge of lime and Angostura bitters.

The acidity of the sauvignon blanc in this recipe helps balance out the sweetness of the agave syrup. Start by mixing 25ml each of agave syrup and sauvignon blanc in a small jug until it is a consistent liquid. Then add to a tall glass with 50ml blanco tequila and 25ml freshly squeezed lime and lemon juice (equal measures of each). Top up with soda water or bitter lemon and ice cubes, and stir. It’s almost a cross between a spritz and a margarita – very refreshing on a nice day.

The perception of tequila is changing. This drink is super-fresh and unusual, and easy enough to make at home. You don’t need a shaker or strainer and it’s perfect for the sunny weather. Take 50ml blanco tequila, one scoop of lemon sorbet, 25ml lime juice, a pinch of mint and 10ml blood orange syrup (any fruity syrup will work). Mix together then top with crushed ice and grapefruit soda.

In warmer weather, zesty drinks are what’s called for. Of course, riffs on sours such as margarita are great, but shaking can be a hassle. If you want something more fuss-free to kick back with, highballs are ideal. Start by making a salted raspberry syrup: bring 100ml water to the boil, turn off the heat, then add 100g sugar and a handful of raspberries and a hefty pinch of salt. Whisk to dissolve the sugar, allow to cool, then pass through a sieve. Keep refrigerated – this will make plenty of servings.

To make the batanga, add 30ml blanco tequila (100% agave), 30ml fino sherry, 10ml salted raspberry syrup and bitters (if using) to a highball glass and stir to mix. Add cubed ice, stir, then add more ice until it reaches the top of the glass. Add chilled Coca-Cola and garnish with a big wedge of lime.

The key to making a great tequila cocktail is to use a great tequila. Always go for 100% agave and, in general, avoid anything with a sombrero on the cap.

The mangarita is a delicious, fruity cocktail that’s perfect for summer. Mix 50ml blanco tequila with 30ml mango juice (you can make this at home by blending fresh mango with a splash of water), 25ml fresh lime juice and 10ml agave syrup. Shake with lots of ice and strain. Serve straight up in a martini glass or coupette and garnish with a twist of mango peel. 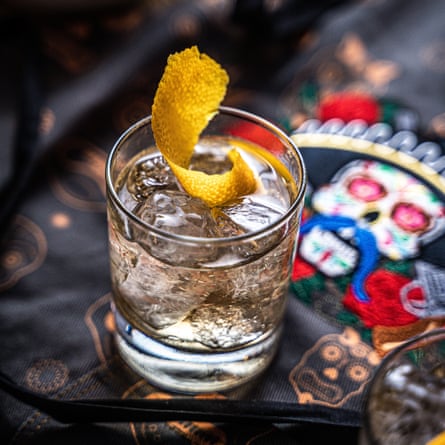 Make a “pro-gave” syrup by mixing equal parts prosecco with agave syrup. Then take 60ml reposado tequila (we use Espolon), 10ml of the pro-gave syrup, two dashes of orange bitters and two dashes of angostura bitters, and build over ice. Stir for 30 seconds, then serve in a rocks glass or tumbler.