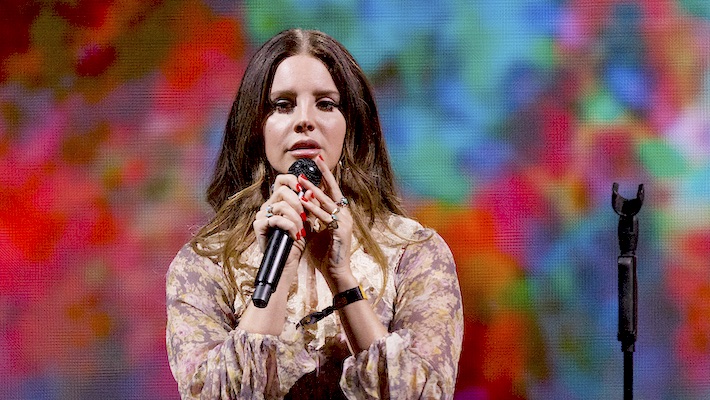 The last half of the work week proved to be anything but smooth for Lana Del Rey, not after she posted a controversial open letter to the music industry and its fans. In the letter, Lana compared the criticism and chart success she’s received for her own work to that of other popular women in music, even naming a few names. Aside from Ariana Grande, the women she singled out were predominantly Black and Latina women, and as a result their fans came after her, and how.

.@LanaDelRey responds to backlash over Instagram post about her industry struggles, says she didn’t intend to call out women of color:

“I could’ve literally said anyone but I picked my favorite fucking people…don’t ever ever ever bro call me racist that is bullshit.” pic.twitter.com/DCjYd6FqKD

Del Rey would later refute claims that her letter was “racist,” saying, “This is sad to make it about a WOC (women of color) issue when I’m talking about my favorite singers. I could have literally said anyone but I picked my favorite f*cking people.” After clarifying that the comparison was in regards to “people who don’t look strong or necessarily smart or like they’re in control,” Del Rey returned to Instagram once again to add a few more “final notes on my ‘controversial post’ that’s not controversial at all.”

She revealed that she received feedback from some of the individuals she named in the letter, specifically Ariana Grande and Doja Cat. But despite the feedback, she remains “firm in my clarity and stance in that I was writing about the importance of self advocacy for the more delicate and often dismissed, softer females a personality.” Lana later offered an apology-of-sorts to the “folks who I can only assume are super trump/pence supporters or hyper liberals or flip-flopping headline grabbing critics can’t read and want to make it a race war,” suggesting that the decision to point out the racial concerns in her letter “says so much more about you than it does about me.” She continued by saying critics sought out the drama, not wanting to “believe that a woman could be beautiful, strong and fragile at the same time.”

Lana Del Rey unfollows Ariana Grande on IG after revealing she received “feedback” from “several people” she mentioned in her controversial post:

“Despite the feedback I’ve heard…whether it be Ariana or Doja Cat – I want to say that I remain firm in my clarity and stance…” pic.twitter.com/PEYr2psXHb

Lana closed her final note by saying, “My aim and message are clear. That I have control of my own story. If the women I mentioned don’t wanna be associated with me that’s absolutely fine by me.” Following the letter, fans would discover that Lana no longer followed Ariana Grande on Instagram, suggesting that Grande was one of the individuals that reached out to her, perhaps not warmly.