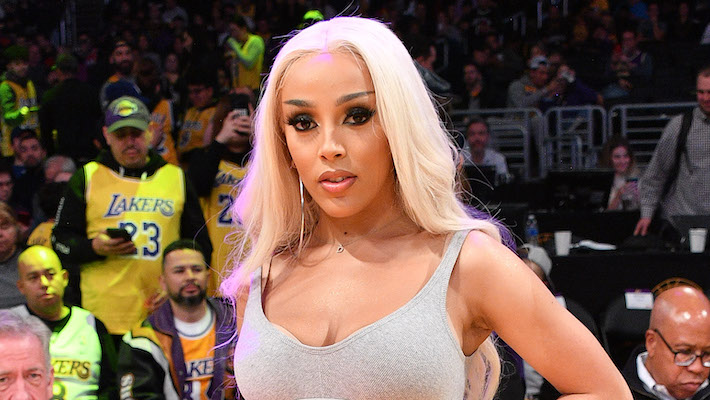 Doja Cat began Thursday morning by reading comments from Lana Del Rey, who had included her, as well as other female artists, in an open letter about how she was treated by the industry and by fans. While Lana received plenty of backlash for her comments, the attention would soon be turned in part to Doja Cat, as fans discovered insensitive comments, songs, and more from her past.

First, fans discovered Doja Cat’s involvement in the Tiny Chat community after videos emerged of her in a group discussion with mostly white men. According to XXL, the chat was made for men in the alt-right/incel community, a collection of white supremacists who are “involuntarily celibate.” Examples of her contribution to the chat were revealed on Twitter in the form of videos and screenshots, with one video reportedly made less than a week ago.

This Tiny Chat discovery was then linked to a December 2019 interview with Paper, in which she admitted to having an obsession with a chatroom during her youth, one she admitted to still being involved with at the time of the interview. “People would pick on me and use horrible, horrible language, just the worst, and I just didn’t understand why people were so crazy on there,” she said. Instead of leaving the chat, she opted to become “the person who would make offensive jokes and do things sort of out of the box.”

On top of Tiny Chat, fans also discovered a 2015 song by Doja Cat titled, “Dindu Nuffin.” They also learned that the song title is actually a racial slur used by the alt-right members for African Americans and people of color, who claimed their innocence after being victims of police brutality. It is also believed that Doja made fun of the 2015 murder of Sandra Bland, who suspiciously died while in police custody.

As Doja’s past remarks came to light, fans began to share their own comments about the situation. Check out the tweets above to see Doja Cat’s Tiny Chat interactions.