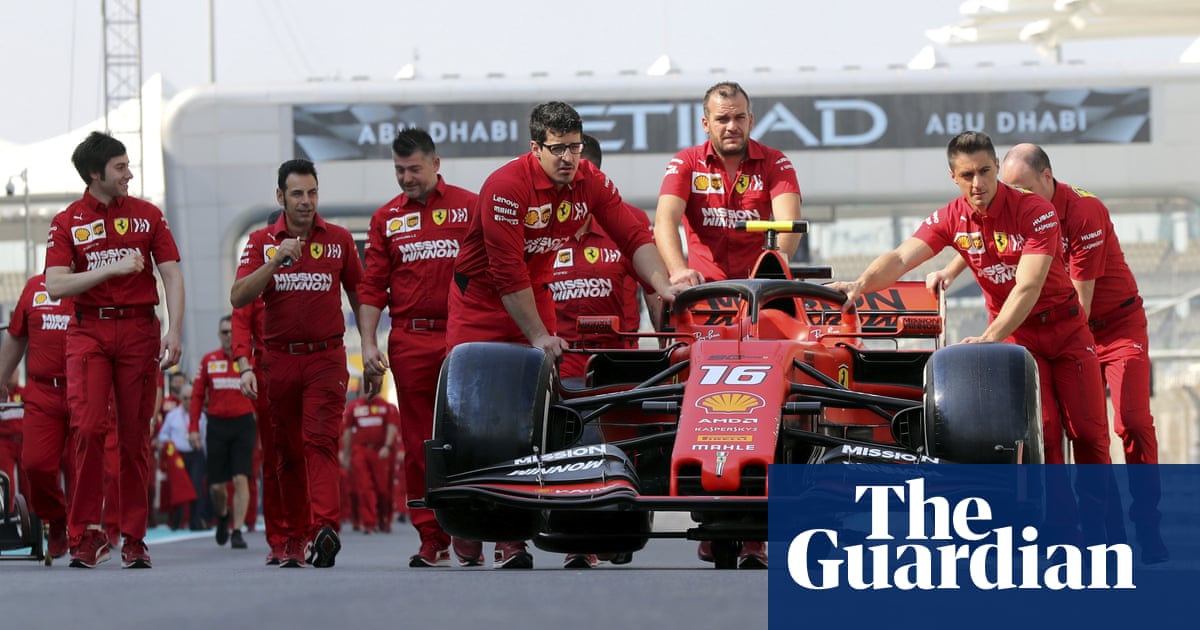 The cap is seen as a vital component of ensuring the sport remains sustainable in future and in pursuit of levelling the playing field across the grid, which is currently skewed by major spending differentials. F1 and the FIA have been pursuing a spending cut for some time but the financial implications of the coronavirus pushed the sport to go further than expected.

The agreement has also introduced the concept of an increased allowance of aerodynamic research and development on a sliding scale based on a team’s position in the constructors’ championship. To be weighted in favour of reverse order of success, the intent is to close up the grid and is viewed as a positive development by F1 and the FIA. It is set to be employed in 2021 as the teams work on developing cars for the new regulations of 2022.

The budget cap has been a bone of contention for some time, with too drastic a cut being resisted by the three highest spenders, Mercedes, Ferrari and Red Bull. After considerable negotiation in 2019 the teams had agreed to set a figure of of $175m (£142m) for 2021. With F1 facing a severe drop in income because of the cancellation of races because of the coronavirus crisis there was pressure to readdress the issue.

After the effects of the pandemic were felt, F1’s sporting director, Ross Brawn, insisted a greater cut in spending was imperative. “When we introduced the budget control there was always the anticipation that if we had a crisis we could turn the dial down,” he said. “The dial has been set at 11 for too long. We need to wind it down. It would be irresponsible to ignore it. We’ve all got to respond.”

Early proposals for a cut to $145m were met with some resistance. Ferrari and Red Bull opposed a drop below $150m, with the former stating they would have to consider redeploying their resources into other racing avenues if their spending was further curtailed. McLaren and several other midfield teams were in favour of setting the ceiling even lower, at $100m, but are understood to be satisfied that the sport has at least achieved a successful compromise and made the right steps toward ensuring financial viability in future. Ferrari, too, are believed to have supported this “glide path” reduction taking place over several years.

The gap will mean a considerable restructuring for the big three teams. All employ between 800 and 1,000 personnel and their current spending is estimated to be in excess of $400m. Staffing implications will have to be addressed by all three. Ferrari have already suggested they may shift resources by entering IndyCar. “As Ferrari we feel strong social responsibility towards our employees and we are concerned about their future,” said the team principal, Mattia Binotto. “Which is why we are also looking at other alternatives besides F1, such as IndyCar for example.”

F1 has had 10 races called off this season but is hopeful that they can still try and achieve a season of up to 16 races. However, with the proposed eight meetings in Europe all understood to be taking place behind closed doors, the sport will not receive any income from hosting fees. Indeed, they will be meeting the organisers’ expenses for putting the races on.

Hosting fees are one of the three main sources of revenue in the sport, alongside broadcasting rights and sponsorship. The income for the teams is directly dependent on these revenues and further reductions in spending are likely to be targeted in future. The FIA is likely to still want to reduce the cap further over the next few years, with its president, Jean Todt, understood to be in favour of a ceiling of $120m.

The cap does not include driver salaries, senior team staff, $15m for engine costs, and marketing and hospitality. The agreement is subject to formal ratification by the world motorsport council this week.