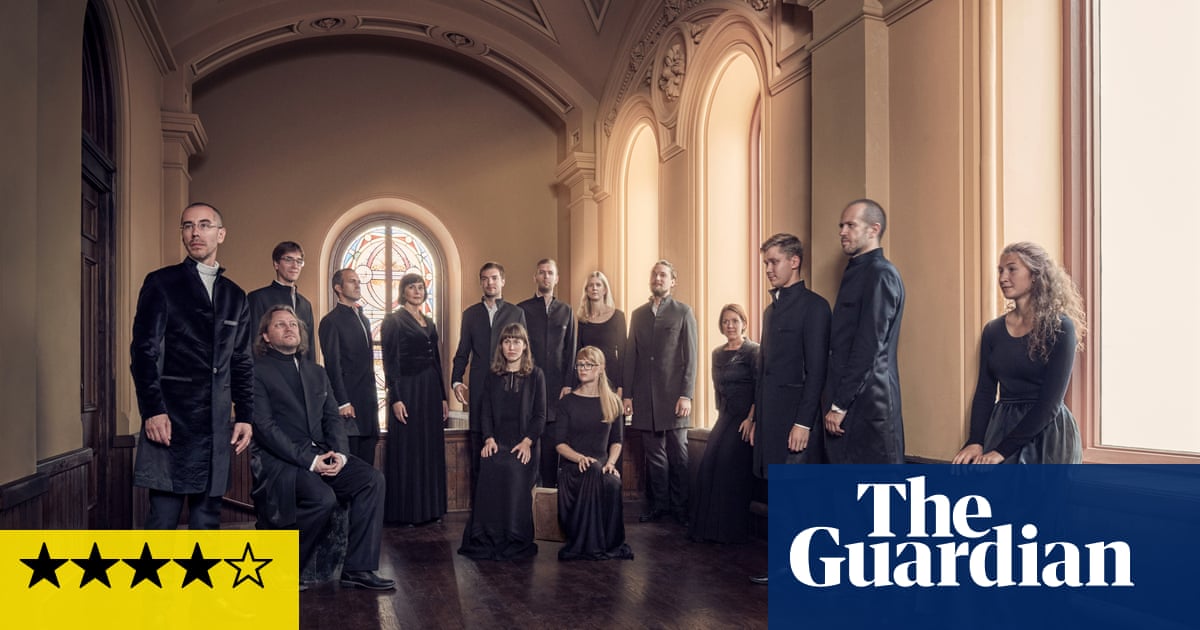 The 15-strong Estonian choir Vox Clamantis, conspicuously full-toned and subtly expressive, is perhaps best known for singing music by their fellow countryman Arvo Pärt. On their latest album on ECM, directed by Jaan-Eik Tulve, they introduce a composer from the previous generation: Cyrillus Kreek (1889-1962). Though largely forgotten by the world beyond, he had a lasting influence on Estonian choral music. He was a pioneering collector of folk songs out in the field, recording thousands of them on a phonograph, many being absorbed into his own compositions.

In psalms and hymns, his music is tonal, sensuous yet pure, direct but almost introspective. His setting of Psalm 104, Bless the Lord, my soul, opens with deep basses underpinning all, growing in radiance then retreating into haunting stillness. These lowest of low voices make a resonant appearance, too, in the ethereal Lord, I cry unto Thee (Psalm 141). Marco Ambrosini has written interludes for performance on the kannel, a traditional Estonian zither, and on the delicate nyckelharpa – a bowed instrument with frets and keys and sometimes called a “keyed fiddle”. This mysterious instrumental cocktail of drones and high overtones gives definition to the a cappella choral singing. It’s music of another place and time, beautifully done.