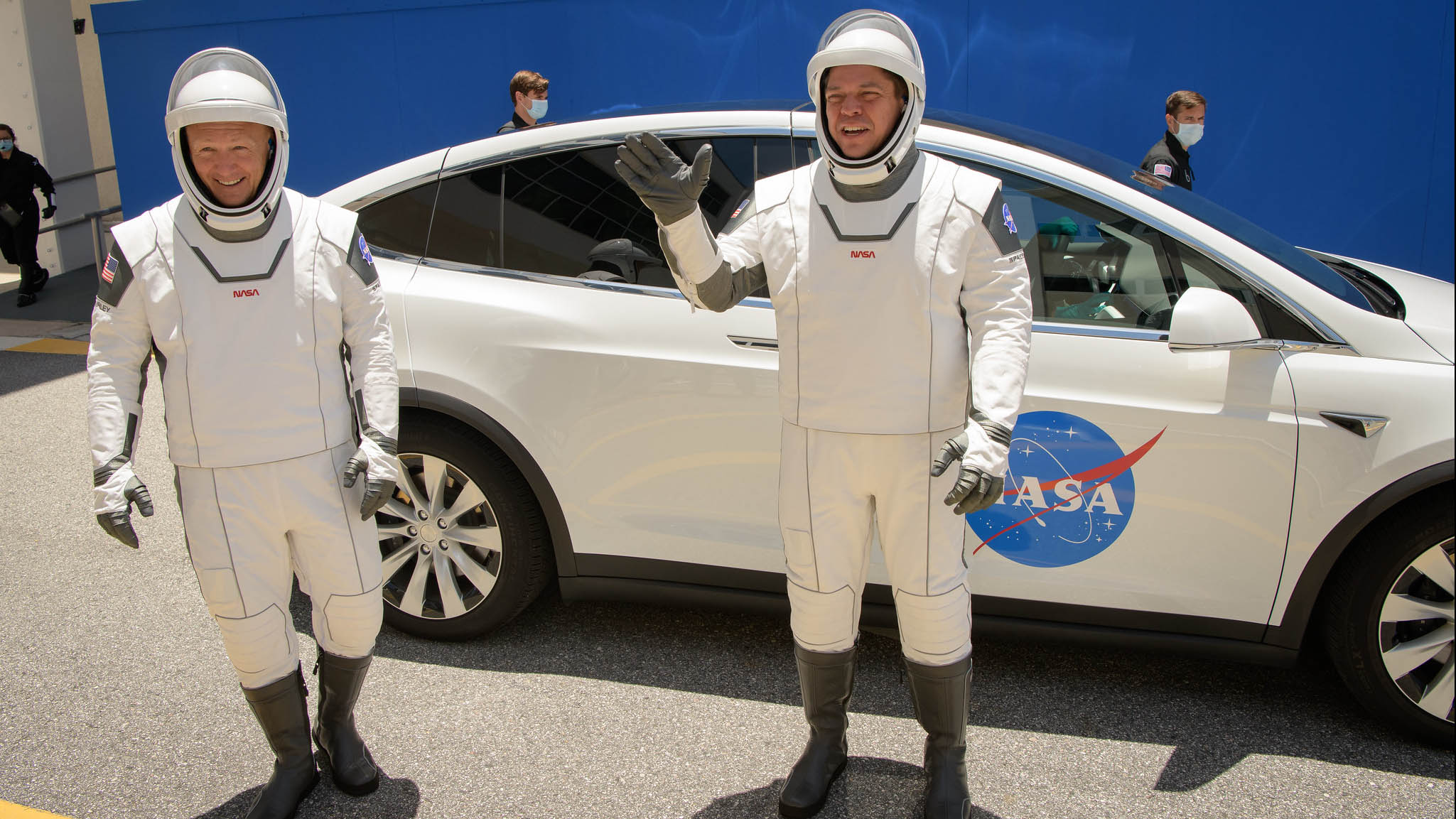 Two NASA astronauts climbed inside their SpaceX spaceship today (May 23) for one last rehearsal ahead of a historic launch into orbit next week.

Astronauts Bob Behknen and Doug Hurley (along with NASA and SpaceX mission teams) performed the “dry run” test for their upcoming test flight on a SpaceX Crew Dragon capsule. The mission, NASA’s first crewed launch from U.S. soil since 2011, will launch from Pad 39A of Kennedy Space Center in Florida on Wednesday (May 27) at 4:33 p.m. EDT (2033 GMT).

“Exciting couple of days here at NASA Kennedy!” Behnken wrote on Twitter Friday ahead of today’s launch rehearsal. “Crew arrival in Florida was awesome, seeing our vehicle roll to 39A was epic, and watching our SpaceX Falcon 9 1st-stage fire one more time before our mission still has a smile on my face!”

Behnken and Hurley arrived at KSC Tuesday (May 19) and SpaceX successfully test-fired their Crew Dragon’s Falcon 9 booster yesterday. NASA photos from today’s dry-run showed the astronauts clad in their SpaceX spacesuits and driving to the launch pad in a white Tesla Model X SUV emblazoned with NASA’s logo. Their license plate read “ISSBND” (or ISS Bound).

The astronauts climbed inside their Crew Dragon atop Pad 39A to rehearse as much of their launch day as possible without lifting off.

“So , that’ll be kind of the dress rehearsal for launch day,” Hurley told reporters Friday in a teleconference.

Evidence of the ongoing coronavirus pandemic was visible in NASA photos of the dry-run test. Photographers and support personnel wore masks and practiced social distancing to avoid any chance of contamination of the astronauts or others.

Later today, Behnken and Hurley are expected to meet up with some of members of their families, who are making the trip from Houston to Florida to see the upcoming launch. Those family members were expected to arrive at KSC this afternoon.

SpaceX’s upcoming Demo-2 mission is the final test flight for the company’s Crew Dragon spacecraft, a capsule designed to ferry astronauts to and from the International Space Station. SpaceX is one of two companies with multi-billion-dollar contracts with NASA to provide those crew flights. The other company is Boeing.

For Demo-2, Behnken and Hurley will launch toward the station Wednesday and arrive at the orbiting laboratory 19 hours later. The astronauts will spend up to four months at the station testing the Dragon’s systems, and then return to Earth with a splashdown in the Atlantic Ocean.

If all goes well, SpaceX will launch another four astronauts on a Crew-1 mission later this year.