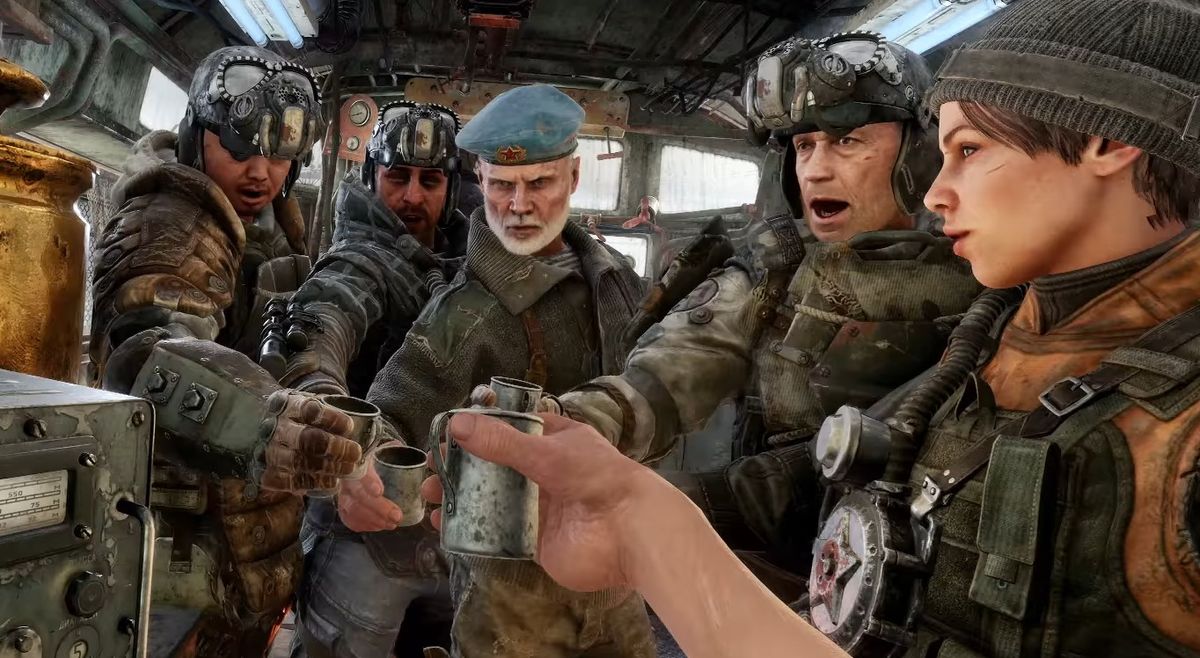 In the first post on its studio blog since Russia’s invasion of Ukraine, Kyiv-based 4A Games has given a brief update on its status and, out of nowhere, released a full modding toolkit (opens in new tab) (or SDK) for Metro Exodus (opens in new tab). Although “sometimes the office in Kyiv is unreachable, and power and water can be a luxury,” it seems the studio has been snatching whatever time it can to work on its various projects, one of which—the Metro SDK—has now borne fruit.

The SDK is the full-fat, real-deal toolkit that the devs used on the game itself: 4A says it’s the “​​Editor as it was the day [the studio] released Metro Exodus,” which I (as someone with precisely none of the technical capabilities required for modding) have to assume puts a fair bit of power in the hands of modders. It’s got Mod.io (opens in new tab) integration, too, which should make it a bit easier to manage and share the stuff you make using the toolkit.

So long as you own Metro Exodus, you’ll have access to the SDK. On Steam, it’ll be in the Tools section of the client, it’s findable in the Additional Executables section of the launcher on GOG, and Epic Games Store users will have to root around in the sdk>bin_x64 folder to find it.

But the update is also notable for giving us a glimpse into how life at the Ukrainian studio has changed since Russia’s invasion last February. 4A says that some of its staff “have lost homes to bombings,” others have “joined the Armed Forces to defend Ukraine,” and all the while “colleagues, friends, families have been injured” and “a number have lost their lives”. 4A says it’s providing “financial and logistical assistance to the team scattered across Kyiv and beyond” to try to ameliorate the extraordinary circumstances many workers find themselves in.

4A says it’s continuing to work on the next Metro game amidst all of this, and that the game’s content has, naturally, been affected by the ongoing war. The studio says “the war in Ukraine has made [it] re-think what kind of story the next Metro should be about,” and that “all the themes of Metro—conflict, power, politics, tyranny, repression” are now part of the devs’ daily reality, so they’re going to be “weaving them into the game with a renewed purpose”.

Don’t expect that game anytime soon, though. The studio says it also needs to “manage [its] expectations”. Although everyone tries to live “with as much normality” as possible, it’s still necessary to deal with “power and water cuts, families who need re-locating, friends and colleagues volunteering or being called to the front”. I am, thankfully, no expert, but I think it’s probably hard to make any game under those circumstances, let alone one on the scale of Metro.