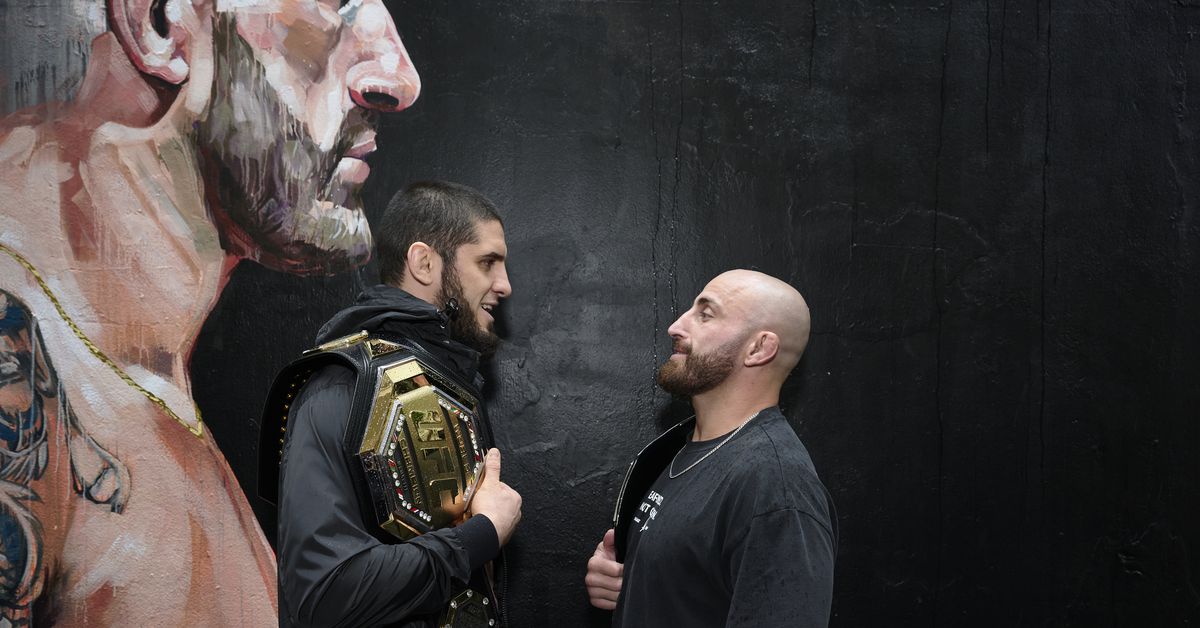 At UFC 284, Makhachev defends his lightweight title against featherweight champion Alexander Volkanovski in a battle of the top two pound-for-pound fighters in the world, and he will do so without his longtime friend, teammate, and coach, Khabib Nurmagomedov, in his corner.

Speaking with Fox Sports Australia over the weekend, Makhachev confirmed that Nurmagomedov, who recently decided to step away from MMA entirely for personal reasons, will not be making the trip to Australia for his upcoming superfight.

“When the cage door close, no one is there for you,” Makhachev said.

“Of course, it’s going to be different but I’ve already fought without him a couple of times. And he cannot always be with me. Of course, it’s very good when he is here. I always like when he is with me because he knows all the games being played. He knows what you need for the fight, for the weight cut, you don’t have to worry about any of this. It’s always good when you have someone as experienced as him. You don’t have to spend your energy thinking about other things. But I understand that he has to spend more time with his family. Because with all the fighting, the training, his family miss him too. Even though he is retired he’s still traveling a lot. That’s why I understand.”

While Nurmagomedov’s absence is not a total surprise given his recent announcement, some still thought he might make an exception for this fight, given that he helped set it up. After Makhachev won the lightweight title at UFC 280, Khabib was in the cage with him and he was the one who called for Makhachev to defend the belt against Volkanovski in Australia. That obviously is not the case though, and Volkanovski doesn’t think it will matter in the slightest.

On To The Next One. Matches to make following UFC 283.

Owning up to a mistake.

Not sure Renato Moicano understands what retirement is.

Who remember the old days when UFC had tournaments? They should do one with veterans like shogun glover anderson Silva and other retired big names… #ufc #mma

Thanks for reading and see y’all tomorrow!

Will Khabib’s absence make a difference at UFC 284?