FRIENDS were last night praying for news about Brit film star Julian Sands who went missing a week ago on a US mountain hike.

As fears for his safety grew amid treacherous conditions, they described the keen climber as a “great adventurer”.

He was reported missing after failing to return home.

His snow-covered Volvo car was recovered on Wednesday near Mount Baldy.

The area was hit by heavy snow and ice over the weekend, with searches abandoned. 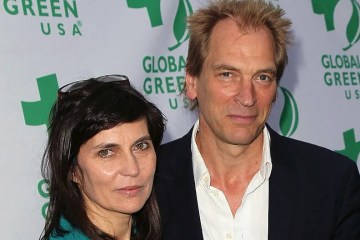 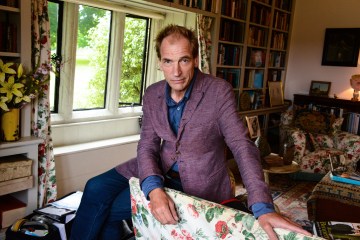 Helicopters and drones have been scrambled during this week’s hunt.

Henry is his son from a marriage to journalist Sarah Sands, 61, while Imogen and Natalya, are from his current marriage to author Evgenia Citkowitz, 59.

West Yorkshire-born Sands is best known for his roles in hit movies A Room with a View, Warlock and Leaving Las Vegas.

Movie producer Cassian Elwes, 63, an old friend of Sands, told The Sun: “It’s shocking and it’s not because he’s a great adventurer.

“He’s climbed all kinds of mountains. He is that guy, the guy that goes out and does stuff, the things all of us sit at home and dream about. He has done it all.

“That’s why we all love him. He had gone around the world climbing mountains and is an experienced climber. It’s incredibly sad.

“Mount Baldy was apparently having the worst storms imaginable over the weekend.

“We’re all in shock, it’s just mind-boggling. He went out on Friday and his family reported it when he didn’t come back.

“One of our mutual friends called me on Friday and told me they had found the car and they hadn’t heard from him.

“The car was still in the parking lot. As far as I know he had gone hiking on his own.

“They can’t even get up there to search apparently because the weather conditions are so bad.

“Even though it’s sunny in Los Angeles right now they had four feet of snow on Sunday apparently.

“We’re all saying our prayers, all his friends are rallying around each other. We’re praying that there’s a positive outcome, even knowing that it’s a very bad situation.”

Authorities have carried out 14 rescue missions on Mount Baldy in four weeks.

Bob Gregory, of Hawthorne, has been missing since Monday at nearby Crystal Lake.

Police on Wednesday warned hikers the weather on the mountain is “adverse and extremely dangerous”.

Local police said: “Around 7.30pm on Friday a hiker was reported missing in the Baldy Bowl area.

“A search crew was sent out but because of weather conditions, they were pulled on Saturday. Helicopters and drones will be out to continue to search, weather permitting.”