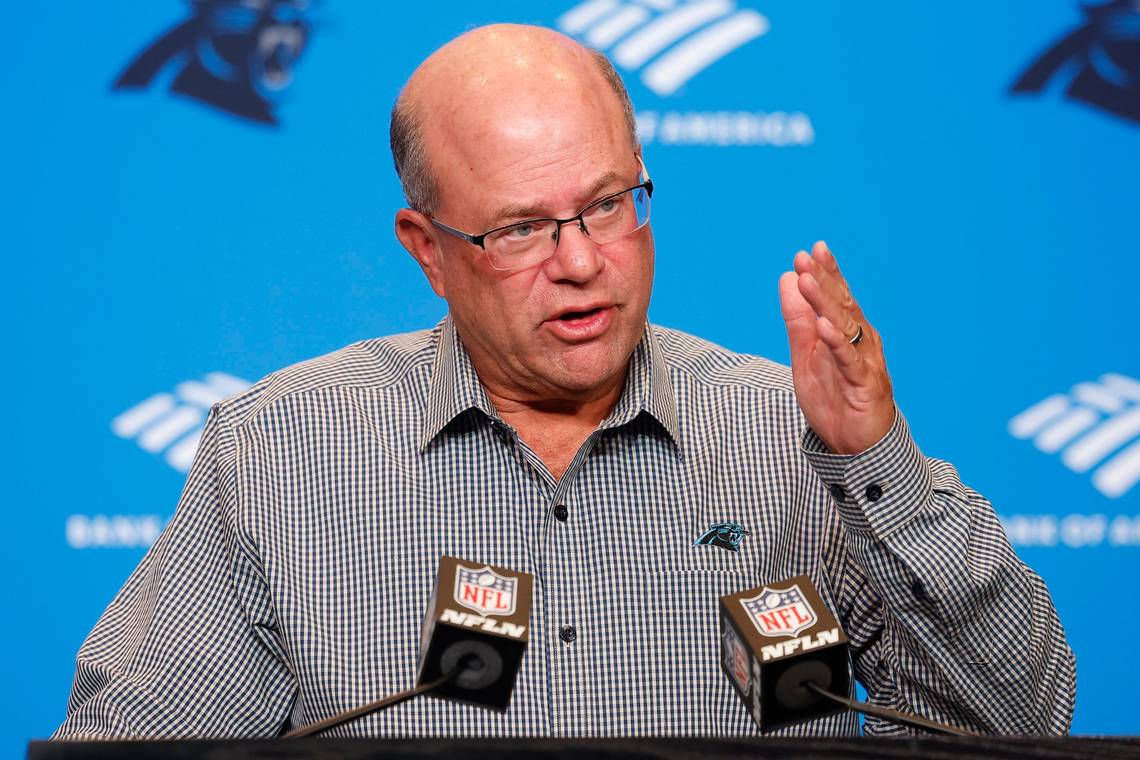 The Carolina Panthers have broken league rules while searching for their next head coach, according to reports.

In response to the report, a Panthers’ team spokesperson said in a statement: “She was trained prior to participating in interviews.” The team did not expand upon that original statement. The NFL has not responded to requests for comment.

The policy, which requires NFL decision-makers in search of a new head coach or general manager to complete inclusion hiring training prior to beginning their search, has only been in place since October, and this is the first league-wide hiring cycle since it was implemented. Under the rule, David and Nicole Tepper, along with Fitterer, would be required to fulfill the required training.

It’s unclear if the Panthers will face any fines or penalties.

This is a developing story