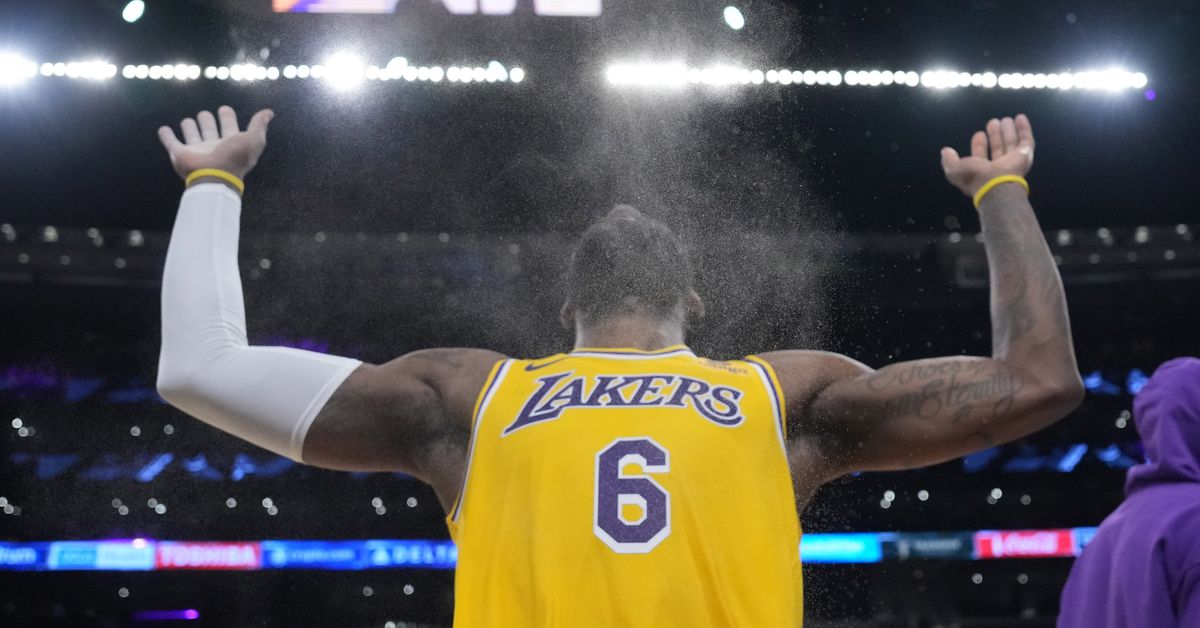 The 2022-23 NBA Season has been littered with overarching storylines.

Who will win the Victor Wembanyama sweepstakes?

Chief among all these narratives has been the question of whether or not the game’s greatest player ever (maybe?) will break the most sacred record in the sport.

With only 283 points sitting between LeBron James and Kareem Abdul-Jabaar, and 37 Los Angeles Laker games left on the season, the question is no longer a matter of will he do it, but rather, when and where will he break the scoring record.

To try and figure this out, we’re going to need to do some ~ math.

On the season, The King is averaging 29.8 PPG. If he continues that average, he will surpass Abdul-Jabaar in roughly 9.5 games. So, it would be in the middle of the Lakers’ Feb. 7 clash with the Oklahoma City Thunder.

Chances are, though, with the way James has been playing of late, it may even come sooner than that. During the month of January (7 games), James has been averaging 34.9 points per contest. If he continues to score at that rate, he will become the all-time leading scorer 8.1 games from now, which would mean he would break the record early in his team’s road matchup against the New Orleans Pelicans on Feb. 4.

(Sidebar: hopefully, Zion Williamson is healthy for that game because it would make for a really cool story to see one generational talent break the all-time scoring record in front of another one.)

But wait, our projections are failing to account for one important variable — health. So far, James has only participated in 35 of the team’s 45 games (77.8%), meaning he’s missing roughly two out of every 10 games.

If that injury trend continues while he’s scoring at the 29.8 PPG pace, he’ll break the record on the road against the Golden State Warriors on Feb. 23. If he’s at the 34.9 PPG scoring clip, he will be the owner of the greatest record in basketball by the end of the Lakers’ home game against the Milwaukee Bucks on Feb. 9.

If you ask me, that is probably the best-case scenario. James will be at home, playing against the player many view as the current best player on the planet, Giannis Antetounkmpo, playing for the team Abdul-Jabbar set the scoring record with, against the team he scored 14,211 of his 38,387 career points for.

Regardless of what the storyline is, James is coming for Abdul-Jabaar’s throne. And based on our projections, it looks like it will be all his relatively soon.

To monitor James’ continuing pursuit of the scoring title in real time, visit our scoring tracker over at the Silver Screen and Roll.