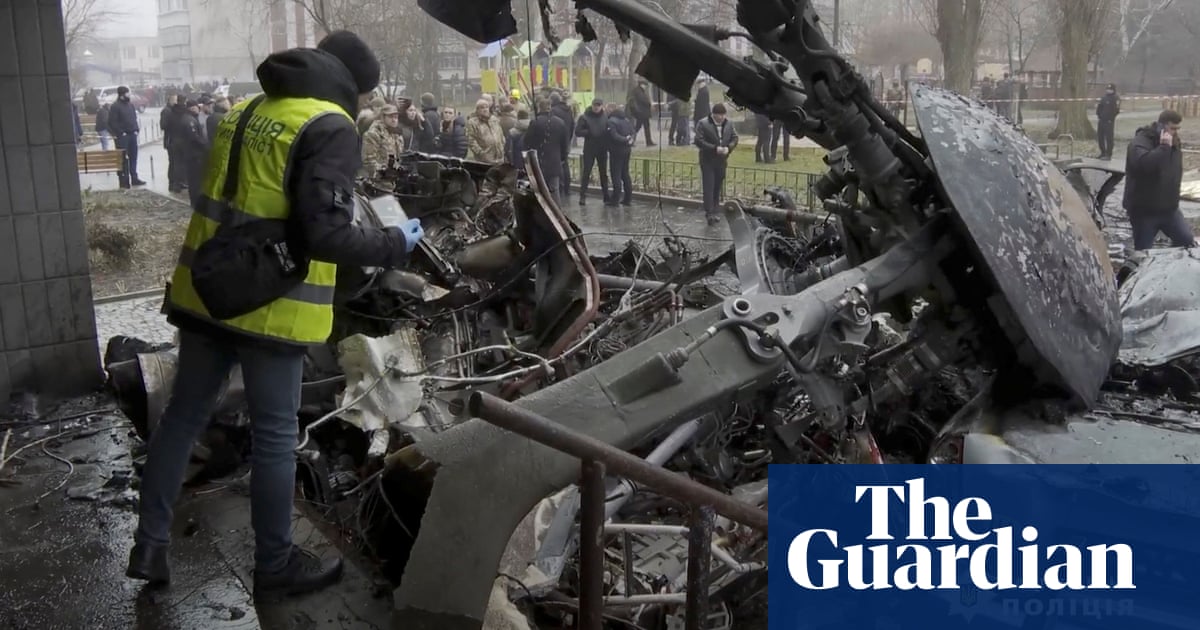 A helicopter believed to have been travelling to the frontline has crashed in a Kyiv suburb, killing senior officials including the interior minister, Denys Monastyrsky, and a number of children who died after debris hit a nearby nursery. Footage from the immediate aftermath shows a building and cars on fire, with video released by the Ukrainian police showing parts of the helicopter scattered across the crash site. Security services are investigating possible causes, including a technical malfunction, a breach of flight rules and the intentional destruction of the helicopter