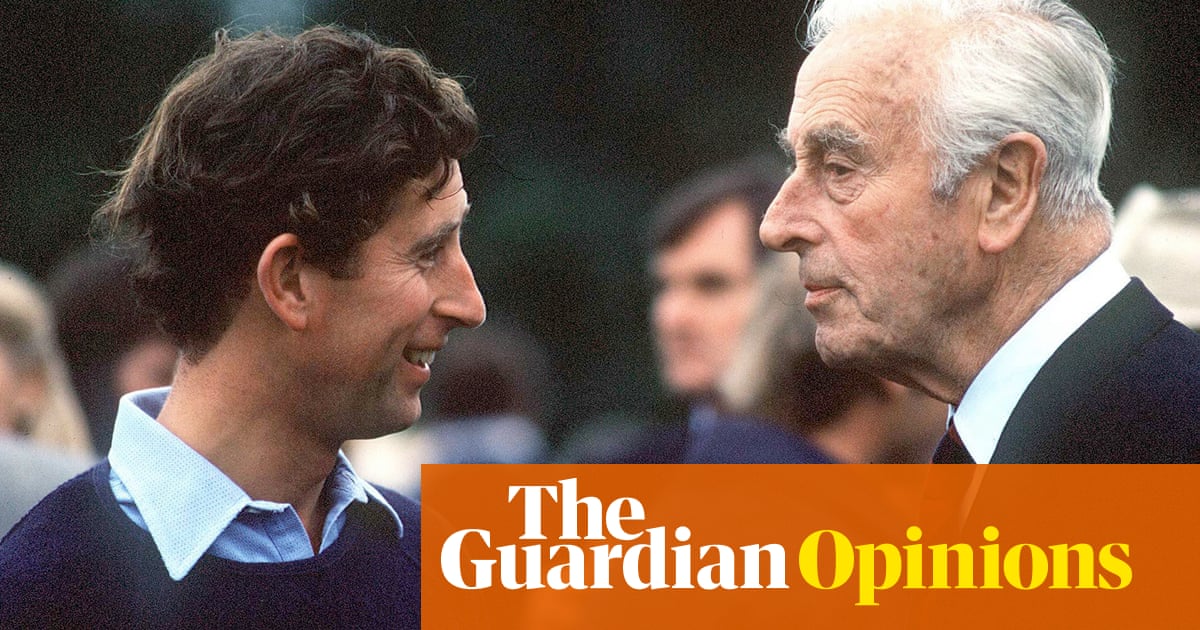 This article won’t feature any revelations about how the then third-in-line to the throne lost his virginity in a field. There will be no details as specific as a dog bowl or a necklace left broken on a kitchen floor. And there will be nothing as bizarre as family broigus sparked by a beard. It won’t, in fact, reveal much about the royal family at all – and that is precisely the point.

When there is no disgruntled prince on a truth rampage, the British royal family is remarkably good at controlling information about itself – even for records dating back 100 years. In a new investigation at Index on Censorship, published today, we found that there are hundreds of inaccessible files related to the royals, leaving behind a trail of frustrated historians and journalists who have tried to access them.

The Windsors have never been strangers to historical secrecy. According to historians, Princess Margaret burned rubbish bags of letters between Princess Diana and the Queen’s mother; the historians Richard Aldrich and Rory Cormac have found that Lord Louis Mountbatten and his friend the spy Anthony Blunt were sent across Europe on “raiding parties” to retrieve sensitive royal documents.

All public bodies are covered by the Freedom of Information Act 2000, which means they have to be transparent about their activities, and that members of the public have a right to request information about them. Yet under an amendment made to the act in 2010, official correspondence relating to the monarch, their heir and the second in line to the throne is now exempt. As a result, the National Archives now hold more than 500 files relating to the royals marked “retained”, meaning they are no longer at the archive (usually because they’re held by a government department), or “closed”.

It’s a varied list (you can see their dates and titles), many of which relate to royal tours and royal gifts, such as a 1937 entry entitled “Kirby and Dunn: cufflinks as coronation souvenir”, which has a ban on it for 100 years. What could possibly be so controversial that it must be held under lock and key until January 2038, even when giver and receiver are no longer around? Other themes include Edward VIII’s ill-fated reign and royal trips to former colonies at the end of empire.

Some files are missing altogether. “Constitutional position of the royal family with regard to religion: possible meeting between the Prince of Wales and the pope during his visit to Italy” was “reported missing in department” in June 2020.

We spoke to more than a dozen people who’ve experienced setbacks because of these detained archives – and we conducted our own experiment. We asked for the release of two files: the first relating to potential legal measures taken to prevent harassment by the media from 1984, and the second a curiously titled “Petition to the Queen on behalf of Ago Piero Ajano AKA HRH Don Juan Alexander Fernando Alphonso of Spain concerning his alleged plight of poverty and ill-treatment in the UK”, from 1990-91. Ajano claimed to be an illegitimate prince. We wanted to know more.

Our endeavour was frustrating. We put in requests in early November. We waited. We heard nothing. We chased. Finally, we got a response just before Christmas, telling us to wait longer. That is where we’re at today – still waiting.

These hurdles can be the difference between something being published or not. One historian we spoke to, who wished to remain anonymous to maintain good terms with the palace (telling in itself), said they binned a book about Prince George, the Duke of Kent, because they couldn’t access the material needed – material that does exist in archives.

The impulse to control history is not unique to the UK’s elites. In Russia, for example, Yuri Dmitriev languishes in prison, convicted of sexually abusing his adopted daughter – charges that many say were fabricated to punish him for his work researching Stalin’s gulags. (Putin has long been on a mission to rehabilitate the former Soviet leader’s name.) In China, library shelves relating to the year 1989 lie bare, the government keen to starve the oxygen from recollection of and research on Tiananmen. While our historians don’t suffer the same fate as the historians from these despotic regimes, their struggles to access information on our ruling family matter.

And these struggles are all the more pronounced for those who push back, as Andrew Lownie discovered. The historian and literary agent was researching the Mountbattens when he hit a wall. Southampton University had bought (using public funds) diaries and personal correspondence of Lord Mountbatten, the late Prince Philip’s uncle and mentor to King Charles, and yet Lownie was denied access. He spent four years battling for their release. He eventually won but it cost him more than £300,000 and a lot of stress. He should never have had to have this fight. The material on Mountbatten proved to be entirely harmless, making the whole hoopla all the worse. Lownie believes it was “part of a Whitehall power game to keep researchers off their lawn”.

Jennifer Hockings is another historian who went to court for files. In her case, she challenged the National Archives of Australia to release correspondence between the Queen and the then Australian governor general, Sir John Kerr, from 1975. When Hockings won the case and was granted access, she was able to prove the Queen had played a role in the dismissal of the then Labor prime minister, Gough Whitlam.

The dismissal of a prime minister is much more than just another episode in the royal soap opera, and the proof of the Queen’s involvement puts paid to the idea that her role was merely decorative and performative. As Cormac told us: “The idea that all she did was cut a ribbon from time to time is a grotesque misrepresentation.”

Hockings’s case powerfully underlines the need to open the archives. If the files are innocuous, then what’s the harm? If they’re not, then all the more reason we must see them in the name of public interest.

We have a new king and, with that, a perfect moment for a reset. If we could end this culture of secrecy – and opening the files in the National Archives would be a first step – we would strengthen our own democratic credentials. And, as a bonus, we could get some good books out of it. It’s a win-win. Unless, that is, you’re a royal with something to hide.