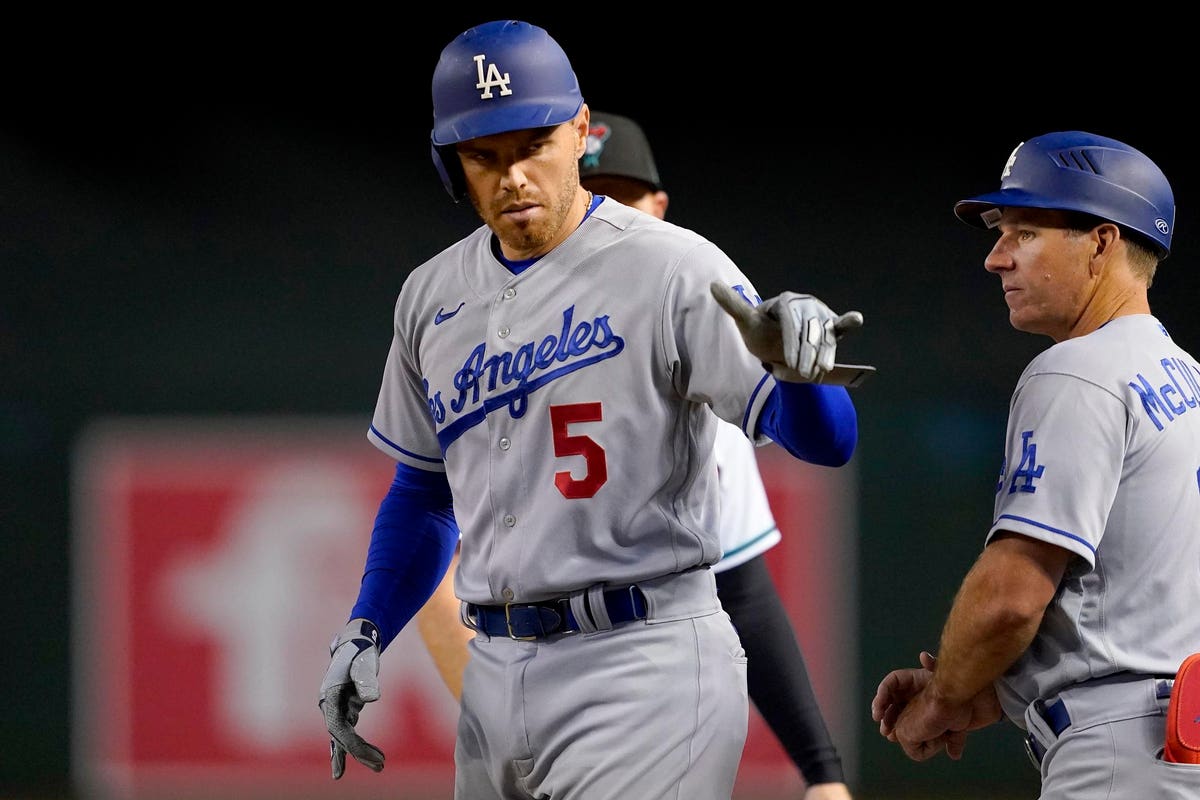 It’s been a frenetic offseason across the MLB landscape. From a historic group of free agent shortstops in Carlos Correa, Trea Turner, Xander Bogaerts and Dansby Swanson to an elite group of starting pitchers including Justin Verlander and Jacob deGrom headed to new locations, it’s been a blur.

But while nearly all of those players are largely headed to big market clubs, arguably the biggest pre-Steve Cohen spender of them all, the Los Angeles Dodgers, can only be connected to one of them, and that is the departed-for-Philadelphia Turner. And he’s only one of two Turners (Justin is headed to Boston) that the Dodgers have lost this offseason.

The Dodgers have gone 366-180 for a .670 winning percentage, winning the World Series in the pandemic-shortened 2020 season. They have finished #1 in my team true-talent rankings in each of the last three seasons after finishing #2 in 2019. Both their offense and pitching have been consistently excellent, and notably deep. Yes, they have run a weighty payroll, but have also gotten significant contributions from youngsters and depth players. They haven’t missed on much.

But this offseason has been most notable for the departures from the Dodgers’ clubhouse. Obviously, Trea Turner is the biggest loss. Along with Freddie Freeman (who I felt should have been the 2022 NL MVP) and Mookie Betts, he represented the crux of the Dodgers position player nucleus. Justin Turner’s eminently professional bat is headed to Boston. Cody Bellinger, the ultimate head-scratcher who has gone from MVP to near-automatic out in record time, is now a Cub. Tyler Anderson, the best Dodger starting pitcher last season – there, I said it – is now an Angel, and high-upside rotation depth piece Andrew Heaney joins him in the AL West with the Rangers. Closer Craig Kimbrel (now a Phillie), bullpen mates Chris Martin (Red Sox) and Tommy Kahnle (Yankees) and power bat Joey Gallo (Twins) have also joined other clubs.

A similarly high-profile player to Turner, Trevor Bauer, also has moved on, released from his Dodger contract recently, after he completed a 194-game suspension related to sexual assault allegations made against him. The club still owes him nearly $26M in 2023 salary, and any club may pick him up for the league minimum.

The club’s 2022 opening day payroll was over $280M; as of now, with virtually all of the plum free agents off of the market, they’re at $210M for 2023, excluding Bauer. So what does this mean for the on-field product for this season?

The club has added DH J.D. Martinez, most recently with the Red Sox, as a free agent. He has been in decline in recent seasons, but may still have a bit of juice left. They traded a well-regarded prospect, middle infielder Jacob Amaya, to the Marlins for reliable veteran utilityman Miguel Rojas. And they signed righty Noah Syndergaard, who they hope to turn into their latest successful pitching reclamation project.

And that’s it. There’s a whole lot more talent leaving Chavez Ravine than entering it.

This may be the year where the depth of the Dodgers’ perpetually well-stocked farm system is drawn upon. According to Fangraphs’ Roster Resource tool, the club currently projects to move Gavin Lux, once arguably the best position player prospect in the game, to shortstop, rely primarily on utilityman Chris Taylor at second base. and use Rojas in the utility role. They also project rookie power hitter James Outman as the left fielder, and 2022 productive part-timer Trayce Thompson, as the center fielder. This would also seem to offer plenty of opportunity for the club’s best hitting prospect, Miguel Vargas, to make an impact. Fellow top prospect Michael Busch could also figure into the mix. Like so many of the Dodgers young and not-so-young players, they offer positional versatility. That flexibility has been one of the salient features that have set the club apart in recent years.

On the mound, the club must weather the losses of not only Anderson and Heaney, but of Walker Buehler to Tommy John surgery for likely the entire 2023 season. Behind aces Julio Urias, Clayton Kershaw and Tony Gonsolin sit Syndergaard and the now-healthy Dustin May in the projected rotation. Behind them are four top starting pitcher prospects who should be expected to make an impact at some point this season – Gavin Stone and Ryan Pepiot might get the first opportunities, and Bobby Miller and Nick Nastrini are right behind them. Given the organization’s success at developing pitchers, at least one of them should be entrenched as a big league stud before long.

So what are we looking at this year in L.A.? I’m not expecting a .670 winning percentage, though I still see them as the NL West favorite. The offense will be down a bit, with the multiple questionable spots in the batting order offset to at least a small extent by the fact that 3B Max Muncy may be one of the hitters helped most by the game’s new shift restrictions. I still expect the pitching to be elite, however, though perhaps to not quite the extent that Dodger fans are accustomed.

Moving forward, however, we will encounter a scary possibility – the Los Angeles Dodgers with payroll flexibility. At – gasp – about the same time that the crosstown rival Angels’ iconic Shohei Ohtani becomes a free agent at the end of the 2023 season.

Perhaps that has been the reason all along that the Dodgers sat this one out. They appear to have learned from the mistakes of then-Cubs’ President Theo Epstein the offseason before Bryce Harper/Manny Machado’s free agent year or the Yankees’ Brian Cashman in taking on Josh Donaldson’s big contract just over a year ago. Even if you have a nearly unlimited budget, it pays to have extra money to spend in the right year, for the right player.