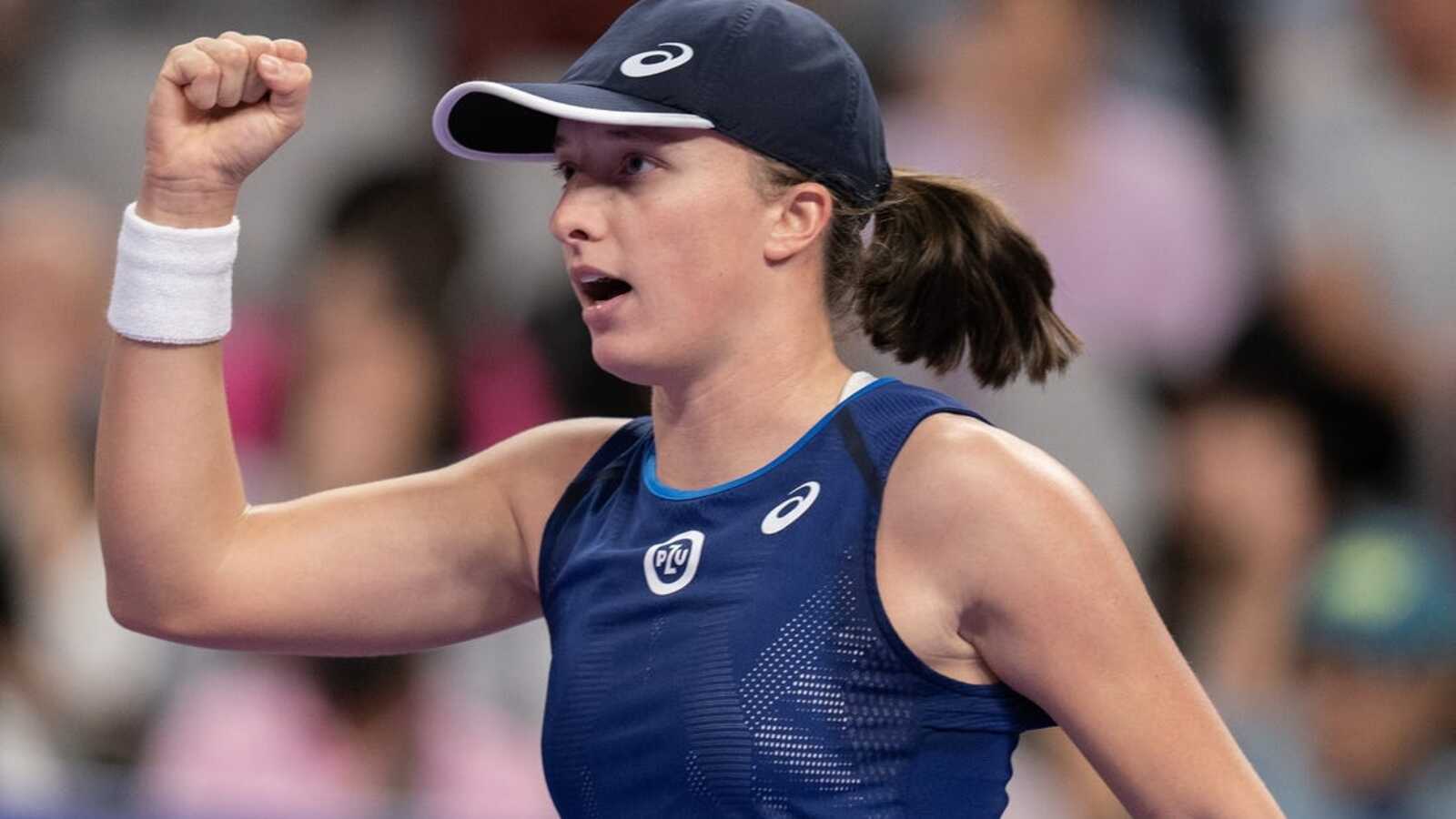 World No. 1 Iga Swiatek of Poland smashed her way to a 6-2, 6-3 win over Colombian Camila Osorio in the second round at the Australian Open on Wednesday.

“She didn’t give me many points for free,” Swiatek said. “So I needed to really work for each of them and it was tough, but I’m happy that I was proactive and trying to just play a little bit to put pressure (on her). But I’m pretty happy that I won and I can play next round.”

The win gets Swiatek a step closer to a semifinal matchup with third-seeded American Kim Pegula, who took down Swiatek in straight sets at the United Cup.

Pegula has won six consecutive matches in straight sets and returns to action Friday, as does Swiatek. Pegula easily handled Aliaksandra Sasnovich of Belarus 6-2, 7-6 (7-5) on Wednesday.

“My game just really suits the conditions,” Pegula said. “The courts are pretty fast. The ball stays pretty low. I hit pretty flat so I like that I can get into a good rhythm and kind of hit my way through the court. So I feel like just the conditions suit my game really well.”

Gauff capitalized on 42 errors from Raducanu, who said the same ankle injury that forced her to withdraw from the ASB Classic in Auckland was problematic. During play Wednesday, she reached for her stomach and side multiple times.

“Thirteen days ago … the chances of me playing this tournament were very, very low,” said Raducanu. “I had extremely limited practice time, and I think I can say that now I’m not competing anymore, but it was going to be a push to get me on the court.”

In other action among seeded players, Varvara Gracheva whipped No. 8 seed and fellow Russian Daria Kasatkina 6-1, 6-1. Other winners included No. 6 Maria Sakkari of Greece, No. 10 Madison Keys and No. 17 Jelena Ostapenko of Latvia.