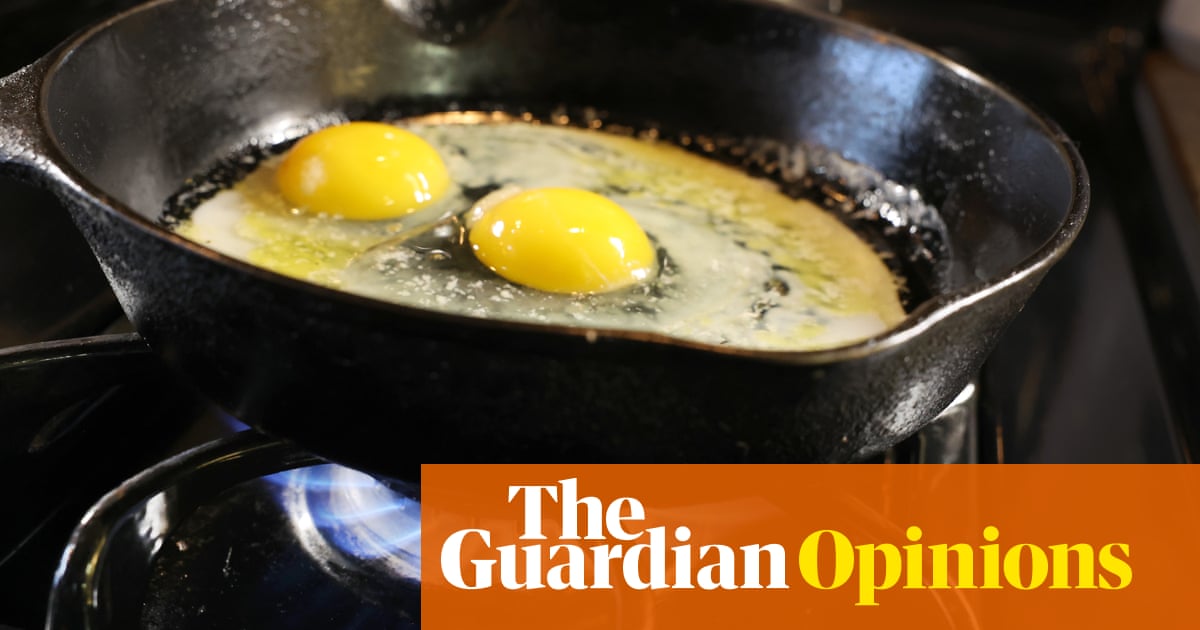 Of all the political issues I assumed would come to the fore in 2023, gas stoves were not on my bingo card. And yet Americans’ right to cook on an open gas flame has turned into a red-hot culture war issue. Conservatives are gearing up for a War of the Cooktops – and unfortunately, some Democrats aren’t helping.

Some five decades’ worth of studies have found that gas stoves are hazardous to human health, with a recent one suggesting that gas stoves in US homes may be to blame for nearly 13% of childhood asthma cases. Gas stoves are bad for the environment, too, powered as they are by fossil fuels.

This has led to some liberal cities – Berkeley, California, and New York City – to mandate that some new buildings use electric over gas. But the blistering gas stove dispute really ignited when a commissioner at the Consumer Product Safety Commission (CPSC), Richard Trumka Jr, told Bloomberg that gas was a “hidden hazard” and that when it came to banning gas stoves, “any option is on the table. Products that can’t be made safe can be banned.”

Multiple prominent conservatives and rightwing politicians tweeted some version of “You will have to pry my gas stove from my cold dead hands.” Florida’s governor, Ron DeSantis, tweeted the “Don’t Tread on Me” flag with a gas stove in the place of the snake. Representative Ronny Jackson of Texas worried himself about the day “the maniacs in the White House come for my stove”.

Others claimed that Democrats were hypocrites, pointing to a video of the first lady, Jill Biden, cooking on gas. “Can’t wait to see the headlines when Feds raid Jill Biden’s private home to confiscate her criminal gas stove,” one rightwing agitator tweeted.

The bellicose defense of the sanctity of the gas range was largely fueled by conservative men, whose typical macho act doesn’t usually entail embracing the feminized work of cooking on the stove. And there’s no red-blue divide when it comes to cooking with gas – gas stoves are only used in 38% of American households, and are most common in the blue bubbles of California, New York, New Jersey, Illinois and Washington DC.

But this was a chance to punch at Democrats, and so Republicans lined up to take a shot.

“The President does not support banning gas stoves – and the Consumer Product Safety Commission, which is independent, is not banning gas stoves,” a White House spokesperson said in a statement to CNN. The feds are not going to bust through your door and take away your gas range, and the rightwing immolation at the mere suggestion of a gas stove ban is just one more line on a long list of rightwing lies made for political gain.

Still: Democrats made a pretty unforced error here. Yes, gas stoves are bad for your health. But for a great many people – myself included, until very recently – it’s hard to imagine giving them up. For professional chefs and enthusiastic home cooks, gas has been the gold standard for decades, with its superior temperature control. Many cooking traditions rely on a flame that simply isn’t replicable on an electric cooktop. And a whole lot of us who have cooked on both gas burners and electric coils see a clear difference – I love to cook and do so often, and if my only choice were an electric coil stove, I might also tell you that you could pry my gas range from my cold dead hands (even in the face of the mounds of evidence suggesting that time would come sooner if I continued to cook on gas).

If my only choice were an electric coil stove, I might also tell you that you could pry my gas range from my cold dead hands

Luckily, electric coil isn’t the only option. A few months ago, I moved into a very old house and needed to buy a new stove to replace an electric range that appeared to have been manufactured in approximately 1974. Gas was my first choice, but the house didn’t have a gas line, and even though I didn’t want to deal with refilling propane tanks, I still ordered one and decided to make it work – until the gas stove for which I had already gotten countertops cut to fit was backordered yet again. So, out of options and needing to cook at some point before 2024, I very hesitantly switched to the induction version of the same range, and told myself I would just have to put my big-girl pants on and power through with less than ideal meals prepared on a less than ideal stove.

Reader, I love it.

Yes, I had to replace my old non-stick pans, but frankly those were probably bad for my health too. (Want to know if your pots and pans will work on induction? Try to stick a fridge magnet to the bottom; if it sticks, they’ll work, and if it doesn’t, they won’t.) My cast iron works like a charm. The temperature control is incredibly precise. Water boils at astonishing speed – water for pasta or hot tea is ready in two minutes. It’s easy to clean. The electric oven bakes much more evenly, and my roast chickens come out better than ever. And the flat top gives me much-needed extra counter space in a compact kitchen.

And that’s where this is an opportunity for Democrats: instead of playing the Culture War game Republicans want, Democrats should expand incentives to move away from gas while talking about the real benefits of induction – including equal or superior performance for most cooks. The Inflation Reduction Act, with its rebate of up to $840 for an electric range, is certainly a good start. And wider efforts to decrease the cost of and thereby incentivize safer, healthier options would go a long way to making people feel as though they’re making a voluntary consumer choice, rather than being forced into a less-than-optimal situation by an overzealous government.

I still despise cooking on electric coil stoves, and I still enjoy cooking on gas. But now, to my great surprise, I prefer induction for everyday use. Other Americans might fall in love with induction, too, if they have the chance. Republicans and Democrats alike have an opportunity to stop silly squabbles and give consumers a real choice – and promote better health and a cleaner environment while they’re at it.