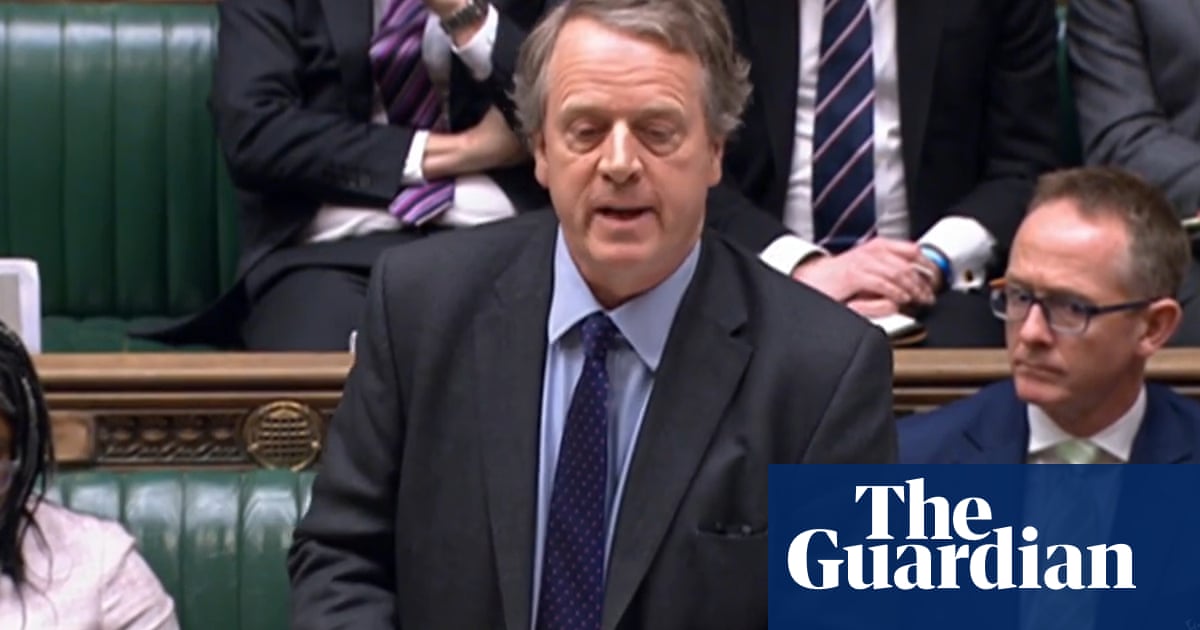 The government has formally blocked a law passed by Scotland’s parliament creating a self-identification system for people who want to change gender, a move the SNP called “an unprecedented attack” on devolution.

Alister Jack, the Scottish secretary, told the Commons he was making the so-called section 35 order under the 1998 Scotland Act, which created the devolved parliament, which meant the gender recognition reform Scotland bill will not receive royal assent.

Insisting that this was not an attack on transgender people, who “deserve our respect, our support and our understanding”, Jack said he had made the decision on the basis of extensive legal advice about “the legislation’s consequences for the operation of reserved matters, including equality legislation across Scotland, England and Wales”.

But responding for the SNP, their Westminster spokesperson on Scottish matters, Philippa Whitford, said imposing section 35 was “an unprecedented attack on the Scottish parliament”.

She said: “Why is [Jack] using one of the most marginalised groups in society to pick a fight with the Scottish parliament?”

Jack’s decision, first announced on Monday, sets up a likely legal and constitutional battle over whether the planned Scoteetish law does, as the Westminster government argues, affect matters beyond the remit of devolved powers by having two different gender recognition regimes.

While Jack’s statement was at pains to present it as a purely legal and technical issue, the involvement in the decision of Kemi Badenoch, who holds the Westminster equalities brief and is a keen participant in culture war issues, will create the suspicion some ministers want to create a political wedge over transgender rights.

The Guardian understands that another key Conservative player in culture war issues, longtime No 10 aide Dougie Smith, is working in Downing Street again under Rishi Sunak.

The legislation would make it easier for transgender people to obtain official gender recognition certificates, including by reducing waiting times, removing the need for a medical diagnosis and bringing the minimum age down from 18 to 16.

Jack told the Commons that the Scottish bill could affect protections for single-sex spaces including clubs and schools, and would potentially allow “more fraudulent or bad faith applications” to change gender.

This was the first time section 35 had ever been used, Jack said, adding: “This is not about preventing the Scottish parliament from legislating on devolved matters, but about ensuring that we do not have legal frameworks in one part of the United Kingdom which have adverse effects on reserved matters.

“We should be clear that this is absolutely not about the United Kingdom government being able to veto Scottish parliament legislation whenever it chooses … as some have implied.”

Whitford said the devolution argument made no sense, asking: “Is he seriously, after 300 years of different marriage ages and voting ages, suggesting there can no longer be legal or age differences north and south of the border?”

Speaking for Labour, Ian Murray, the shadow Scotland secretary, criticised both the Westminster and Scottish governments for what he called “a constitutional bun fight”, but did not explicitly say whether or not the party backed Jack’s move.

Keir Starmer has expressed doubts about the plan to reduce the minimum age to 16, but party spokespeople did not respond to questions about whether or not it backed the use of section 35.