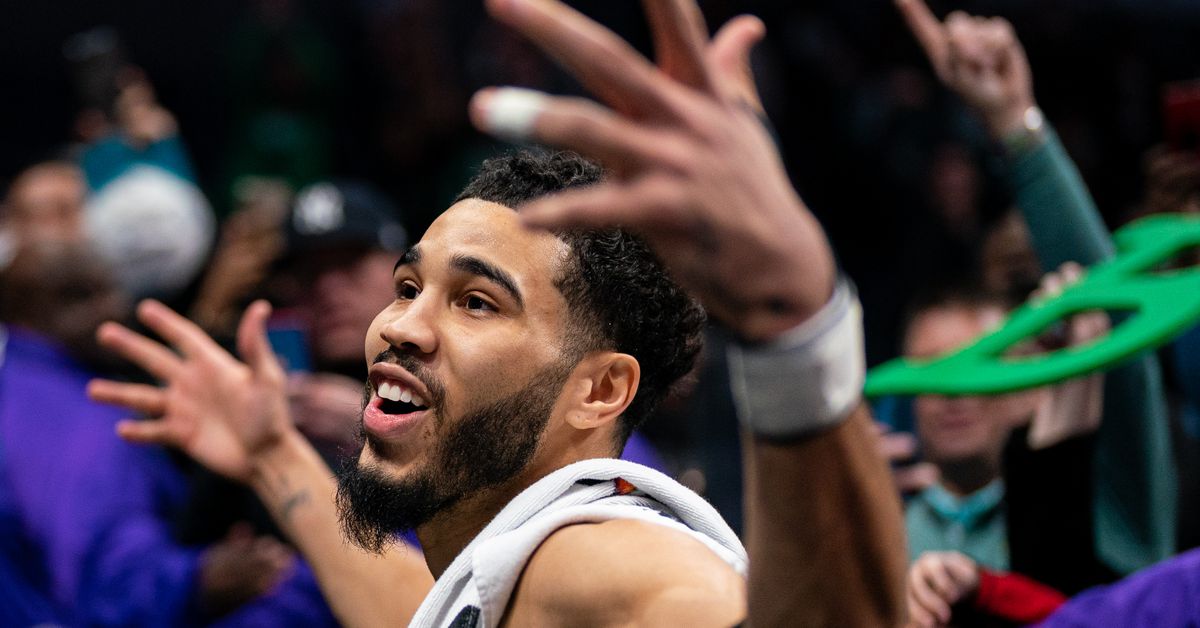 Eighteen teams were in action on Martin Luther King Jr. Day. While most of the outcomes were arguably predictable, they were hardly short on excitement. Let’s dig into Monday’s NBA scores.

Had Jayson Tatum not dropped a season-high 51 points in Boston’s win in Charlotte, perhaps the game’s story might be that the Celtics undoubtedly seem to be back on track. After a brief scare a few weeks back thanks to an up-and-down stretch and losses littered with questionable coaching decisions, Boston has now won seven in a row, the longest win streak in the Eastern Conference. At the moment, they’re hotter than the sun. A second-straight NBA Finals appearance feels like an expectation.

As for the team with the league’s longest win streak, the Memphis Grizzlies, they spent their Monday evening winning their 10th in a row. Ja Morant (29 points and seven assists) and Desmond Bane (28 and six) led the way for Memphis, while Jaren Jackson Jr. continued a dominant stretch of his own. He has two-plus blocks in 14 consecutive games; he happened to finish last night with six, a total that would seem like a lot had he not matched it already during this run.

The Suns, meanwhile, dropped their third in a row and are now 1-9 in their last 10. The team that many predicted to challenge for the West’s spot in the Finals has fallen to 12th in the conference.

Trailing by 10 in the fourth quarter is apparently child’s play as long as you have Walker Kessler. The rookie dropped career-highs of 20 points and 21 rebounds to lead Utah past Minnesota; Jordan Clarkson added 21 points, and Collin Sexton poured in 19 off the bench. The Jazz have now won three out of their last four.

A season-high 35 points, not to mention the 11 assists that went with it, gave Jrue Holiday his third straight double-double, and led Milwaukee past the Pacers, who have now lost four in a row. While Holiday picked up the slack for a Bucks team that was without a resting Giannis Antetokounmpo, it was TJ McConnell who dropped a career-high 29 points in replacement of the injured Tyrese Haliburton. Despite the loss, Myles Turner poured in 30 points in his return from a three-game absence.

Cavs pull away from Pelicans behind 30 points from Darius Garland, 113-103

To tie it up in regulation, RJ Barrett went ahead and did this:

But the Raptors resolve shone through. Behind 33 points, eight assists, and five rebounds from Fred VanVleet — not to mention epic double-figure nights from Scottie Barnes (26), Pascal Siakam (20), and Gary Trent Jr. (18) — Toronto escaped New York with an overtime win. Jalen Brunson’s three-point attempt missed at the buzzer to finalize things, and the Raptors won their fourth game out of their last five.

Internal issues aside, when the Atlanta Hawks are on, they look like one of the more dangerous teams in basketball. Dejounte Murray scored 12 of his 28 points in the fourth to hold off Miami’s comeback bid, while Trae Young (24) helped pace things for the Hawks. Miami couldn’t put it all together despite 34 points from Jimmy Butler, as Atlanta won its third in a row.

Perhaps Jabari Smith Jr. made LeBron feel old, but he certainly didn’t look it as he dropped 48 on Houston’s head to lead the Lakers to a losing-streak-snapping victory. He scored 20 points in the fourth quarter to finish the Rockets off.