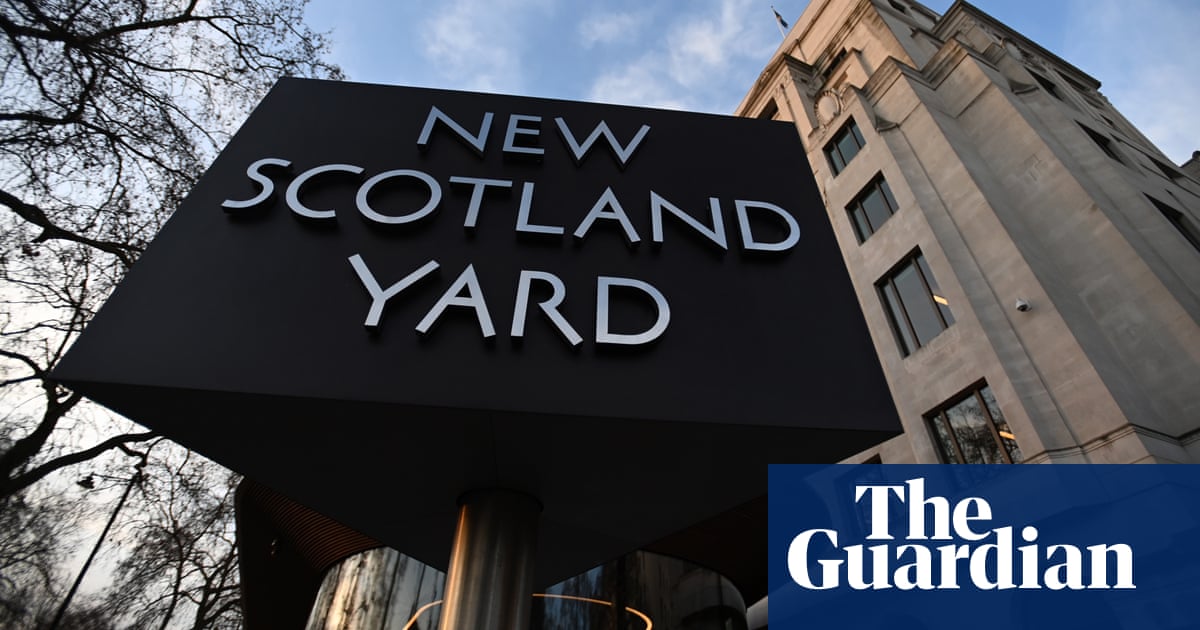 Suella Braverman has announced an internal review of the Met’s dismissal processes after the failure to remove the serial rapist David Carrick as a serving police officer despite multiple allegations of misogynistic abuse over two decades.

The home secretary told MPs that “bureaucracy and process appear to have prevailed over ethics and common sense” in the UK’s biggest force after Carrick was allowed to continue as a firearms officer.

Labour said her response was weak, as several Conservative MPs demanded more measures to tackle misogyny in the police.

Carrick was formally sacked on Tuesday after pleading guilty to 49 offences including dozens of rapes. Sir Mark Rowley, the head of the Met, announced that all 45,000 officers and staff would be rechecked for previously missed offending.

Addressing the Commons on Tuesday, Braverman said: “There must be fair and effective arrangements for dealing with those who behave or act in a wholly unacceptable way while serving.

“Louise Casey identified concerns in the misconduct and dismissals process in the Met police. It takes too long, it does not command the confidence of police officers and it is procedurally burdened. Bureaucracy and process appear to have prevailed over ethics and common sense. That is why I have announced an internal review into police dismissals. The review’s terms of reference are being published today.”

The Met apologised on Monday after it emerged that Carrick had been brought to the attention of police over nine incidents including allegations of rape, domestic violence and harassment between 2000 and 2021.

Meeting some of the women on dating websites, he would control what they wore, what they ate and where they slept, and he even stopped some of them from speaking to their own children.

It emerged he had been accused of two offences against a former partner the year before he passed vetting to join the Met in 2001, and he faced further assault and harassment claims against an ex-girlfriend in 2002, while still in his probationary period.

Despite having five public complaints to his name, he passed checks to become a firearms officer when he transferred to the Parliamentary and Diplomatic Protection Command in 2009, and he was vetted again in 2017.

The home secretary said the failure to remove Carrick would also be part of the Angiolini inquiry into how another serving officer was able to abduct, rape and murder Sarah Everard.

“As I have been clear, we are bringing forward part two of the Angiolini inquiry to make recommendations on how forces can improve culture and tackle the root causes of police criminality and misconduct,” she said.

Yvette Cooper, the shadow home secretary, said Braverman’s response was “very weak and showed serious lack of leadership” in the face of such serious, repeated failings in the Met.

“We have to face up to the further evidence that this case has brought up, of appalling failures in the police vetting and misconduct processes that are still not being addressed by the government and are not being addressed in this statement,” Cooper said.

“I would say to the home secretary that given the scale of the problems, not just in this case but in previous cases as well, her statement is very weak and it shows a serious lack of leadership on something that is so grave and affects confidence in policing as well as serious crimes.”

Priti Patel, the home secretary at the time of Everard’s murder, demanded that Braverman should implement her pledge to make violence against women and girls a “strategic policing requirement”, a national initiative that sets out what resources police forces must deploy to respond effectively to specific crimes.

The pledge was in line with one of the recommendations by His Majesty’s Inspectorate of Constabulary and Fire & Rescue Services (HMICFRS) as part of the response to the murder of Everard in March 2021.

“Can I urge her to consider putting much of this on a statutory footing. If we don’t do that, we are going to be here again and again and again paying tributes to victims,” she said.

Braverman responded by saying violence against women and girls would be included as a “strategic policing requirement”.

The chair of the home affairs select committee, Diana Johnson, asked why the home secretary had launched anther review of dismissal processes that have already been examined by outside bodies and her committee. “We don’t need another review, we just need action,” she said. Braverman replied that police misconduct process must be re-examined.

Jackie Doyle-Price, the Conservative MP for Thurrock, said Braverman had not addressed the real problem of misogyny in the police. “She listed the new offences that this government is going to put on the statute books … but the real challenge is the culture towards women that exists within our police service and the criminal justice system. When are we really going to use statutory power to protect women from male violence?” she said.

James Daly, the Tory MP for Bury North, said Rowley’s statement on Monday was “pathetic”. “In no comment has there been any suggestion of accountability within the Metropolitan police … There are people within the Met who enabled this man to continue to be a threat and they should be sacked,” he said.