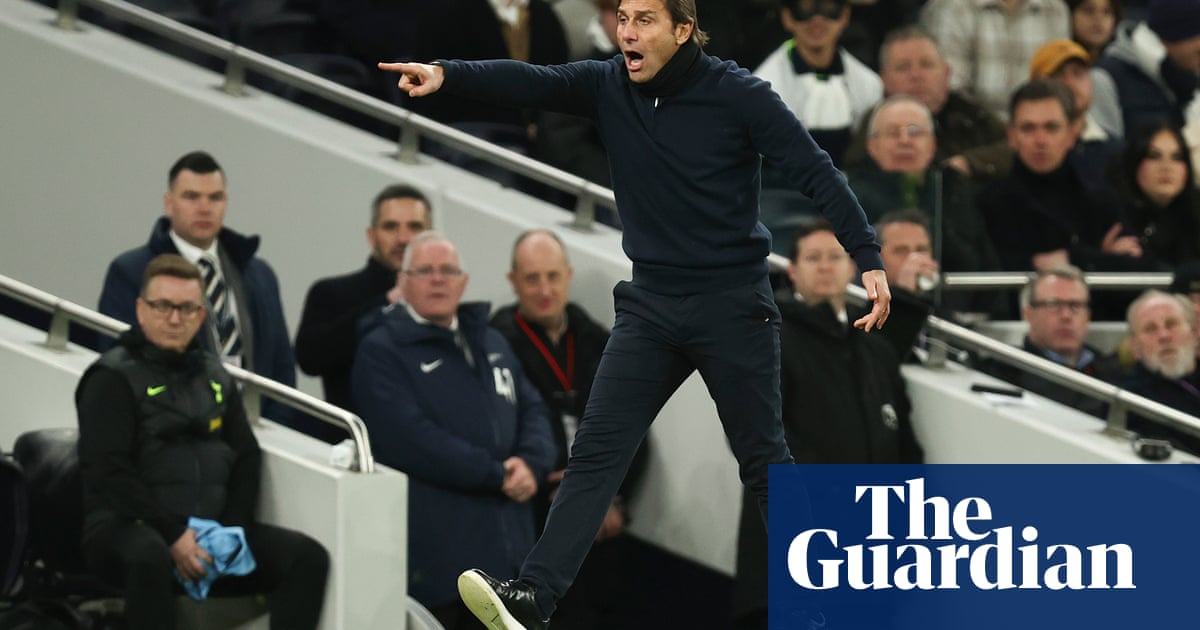 Antonio Conte has opened up on the frustration he feels at being the public face of Tottenham, the only management figure questioned on club policy, and wondered why he has no support in this area from the board or departmental heads.

Conte, under pressure after three Premier League wins in nine, goes to Manchester City on Thursday seeking to improve on a dismal sequence of results against the division’s big sides. Spurs drew at Chelsea at the start of the season but they have lost home and away against Arsenal, away at Manchester United and home against Liverpool.

Conte, who described City as “the best team in the world at the moment”, was exasperated on Tuesday, saying more than once that he did not want to explain Spurs’s approach yet again; how their project is defined by the need for hard work, patience and clever buys.

The manager was asked whether it would help him if the ownership or the chairman, Daniel Levy, spoke more openly on strategic matters. Levy has given a handful of interviews during his 21 years in the role. “In England, there is a bad habit that there is only the coach to speak and to explain,” Conte said.

“In Italy, before every game there is a person from the club who has to go before the media and answer every question. For us, it could be really, really better. Because otherwise, every time there is only one face to explain a situation which is better for the club to explain.

“If only the coach speaks there are sometimes misunderstandings. It would be good to have the club present in the media and to speak. Not every week but at least every 15 days or once a month. It could also be more simple for you [the media] to understand the situation. And not only have one face and always the same face. Believe me, it’s difficult because everything you tell could be a criticism or negative, and this is not the truth.”

Conte said he would not ask the club to act on his wishes, also suggesting that silence suited them better. “This type of situation is good for every club – ‘Don’t go into the media’ [and speak],” he said. “It’s a risk to speak always to explain. The coach has to stay silent and accept the situation.”

Conte’s message on his team remained consistent – they were giving everything, not “100% but 200%” and when they lost it was generally because the opponent was stronger. Subtext: he can only do so much with this squad. “If there’s criticism, we have to accept it,” he said. “It’s difficult to understand the criticism because we’re doing what we have to do in our possibility.

Conte, who hopes to have Rodrigo Bentancur back from injury at City, has been criticised for playing too deep with his 3-4-3 formation. “You have to know very well that when you press high, you leave a lot of space at the back,” he said. “If you are against a player like Saka or Martinelli [at Arsenal] or Mahrez, Foden, Grealish or Haaland [at City], then you risk to concede a goal very high.

Spurs have had further talks with Sporting over the right-back Pedro Porro, via mandated intermediaries. The Portuguese club continue to insist that Spurs must pay the player’s €45m (£36.7m) release clause if they want him in January. Spurs are trying to drive a harder bargain.