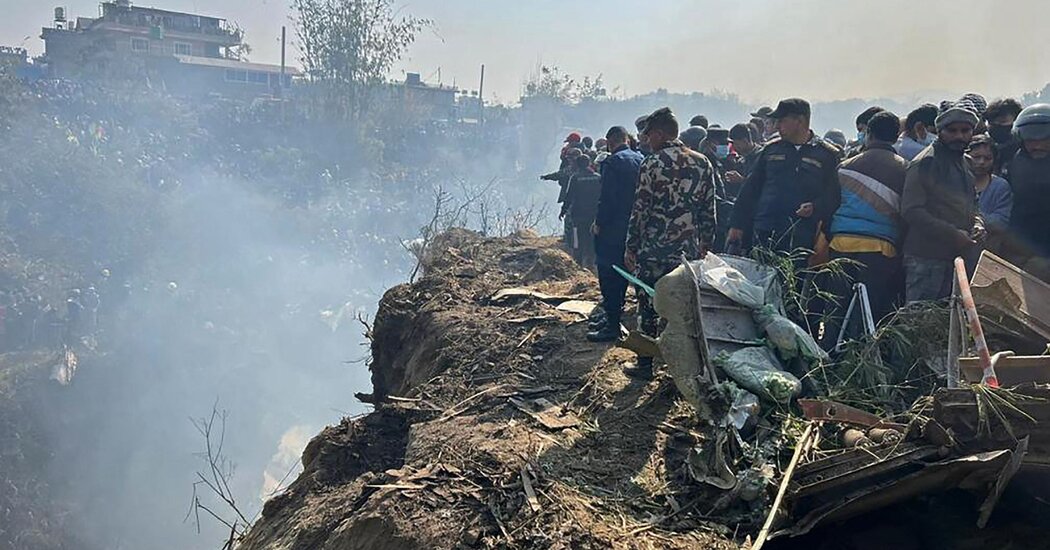 A plane carrying 68 passengers and four crew members crashed in the city of Pokhara, Nepal, on Sunday as it attempted to land.

The plane, a twin-engine propeller model manufactured more than 15 years ago by ATR, was being operated by Yeti Airlines, on a flight from the capital, Kathmandu, to Pokhara, a picturesque vacation destination near the Annapurna mountains. A spokesman for Yeti Airlines confirmed the news of the crash and the number of people on board.

Videos on social media showed the plane engulfed by flames and black plumes of smoke at the crash site, where emergency responders were seen trying to retrieve victims. It was not yet clear if there were any survivors. At least 33 bodies have been recovered from the crash site so far, according to local officials.

To reach far-flung parts of the country, many people in Nepal rely on small, twin-engine planes, which have suffered a number of crashes in recent years, according to the Aviation Safety Network.

In May last year, a plane operated by the Nepali airline Tara Air crashed during a 20-minute flight with 22 people on board. There were no survivors.