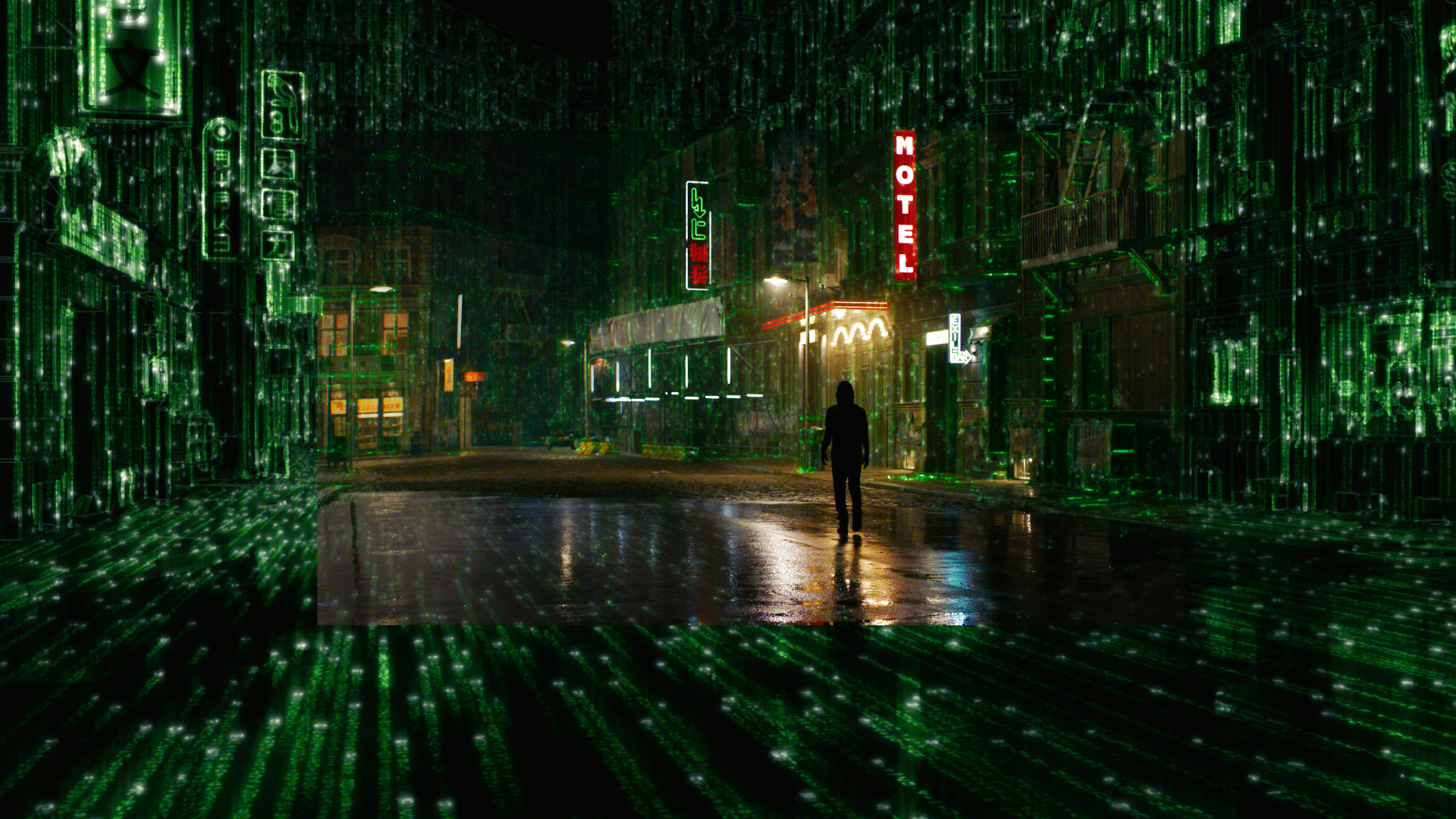 A sequel to The Matrix trilogy released in late 2021 and it was divisive to say the least. Audiences and critics seemed unprepared for the next-level self-awareness of the film and a plot that was so meta, with Neo back in The Matrix as the designer of a Matrix-like video game, it could almost be on the verge of parody.

But I found myself in the minority. Yes, it was messy, ponderous, and overwrought. But I also found The Matrix Resurrections wonderfully idiosyncratic, and in its message about the magnetism and meaning of love, it was heartfelt and tender. I know there are many who like The Matrix for its action, but I have always been enthused about its world-building too. This is a universe where labels for humans, computers, machines, and AI have evolved, and it’s always fascinating to see how these ideas play out on screen.

Directed and co-written by Lana Wachowski (the first Matrix movie authored without her sister Lily), the movie managed to pack a lot into its 2.5-hour runtime, but I feel a different medium would suit the many themes and concepts that this pioneering franchise has introduced into the mainstream.

While the likes of Facebook and Microsoft work on the metaverse, 1999’s The Matrix was arguably the first time the general public learned of a metaverse (although the term was not then well known). It was a dystopian imagining, where humanity has been plugged into a simulated reality, a virtual digital world in which everyone can interact with everyone else.

A world without rules and controls, without borders or boundaries

Video games in which people can “plug in” and interact with others already exist. Some of them are in virtual reality. Games such as Fortnite and Second Life have been referred to as metaverses, while in VR games there are titles such as VRChat and Horizon Worlds. It remains to be seen if the metaverse can ever move beyond a niche, but a video game would’ve made a more fertile space for the worlds and ideas that The Matrix Resurrections explored.

The Matrix franchise has form in this regard. For example, did you know that Morpheus (the original Morpheus as played by Laurence Fishburne) canonically died in a video game? He is fatally wounded by a gunshot in the online multiplayer game The Matrix Online (2005-2009) where he is killed by an assassin as he escapes from a treatment facility.

The Wachowskis are keen gamers too and even collaborated with developers on the games Enter The Matrix and Path Of Neo, both of which offer additional context to the movies.  This is a cool for continuity, although it does mean that even if you watch all The Matrix movies in order, you still won’t know why old Morpheus is absent from this movie.

In The Matrix Resurrections, we see the beginning of the first movie simulated in a “modal”. We also get callbacks to the trilogy as we discover Neo is trapped in the body of a video games developer, a game dev who explores the ideas of free will and destiny in a very popular game that resembles the events of the movies. Yes, it is all incredibly meta. But we could go one step further and make an actual game of the movie. Because there’s one section of Resurrections that is worth expanding on.

Never send a human to do a machine’s job

One of the most intriguing aspects of the film is the idea of freed machines, or “Sentients” as they prefer to be called. These machines and AI (or “programs” in the film’s terminology) broke free of the machine world and The Matrix and serve no master while some of them have decided to work and live alongside humans. As Resurrections shifts to its middle section, after Neo is freed from The Matrix, we are taken to visit Io, a new human city that has supplanted Zion, and here lie marvels. We see a garden where programs help to tend plants and grow crops, using their metallic bodies, and in the distance are towers under an artificial sky. But we don’t get to see much of Io in the film before we go back into The Matrix. It’s a shame.

It’d be fascinating if Io became the hub world of a video game, where I could wander around talking to the humans and the programs, learning more about this city and its history. I imagine an RPG that would take its cues from the worlds and cities found in the Final Fantasy games. Meanwhile, there could be access points on Io where you can visit The Matrix and take part in various missions. It’d offer plenty of scope for the video game designers too, as we could theoretically visit any place on Earth via The Matrix, and we could even have different genres for each level that takes place inside it. But every time we would come back to this lovely creation that is Io and progress further.

Perhaps we could help too in the development of Io. Maybe there could be a building game for Io or a botanical element as we grow and cultivate the city as we progress in the game. There is so much potential here. There is opportunity too to explore this symbiotic relationship between humans and sentients, as well as potential sources of conflict and tension. Hell, you could even include a VR element – putting on one of the best VR headsets feels an awful lot like jacking into The Matrix anyway, so it’s a natural fit.

All we’re offering is the truth. Nothing more.

It is a fertile setting for stories, character development, and thematic exploration. For one, the Machine Civil War would surely make an excellent game in itself, with players assuming the roles of rival programs, sided with either The Architect or The Analyst, or perhaps you’d assume the role of a rogue agent or even a program, who, like Neo, awakens and decides to help humanity rather than to keep helping to enslave it.

The Matrix Resurrections is a movie that pays homage to video games (there’s even a character called Shepard, who shares a passing resemblance to the Mass Effect protagonist, in the film). While it is by no means perfect and is perhaps too in thrall to its high-minded concept and the meta aspects of its screenplay, it does set up great opportunities to explore the ideas and worlds it has created and deepened. Video games could take those ideas of fate, determinism, AI rebellion, sentience, agency and free will and explore them to the next level.

It’s time to expand your medium once again, Neo. There might even be Kung Fu.

We’ve got loads more great sci-fi movie and game coverage here at Space.com that you should check out too, including our rundowns of the most exciting upcoming space games and upcoming sci-fi movies.