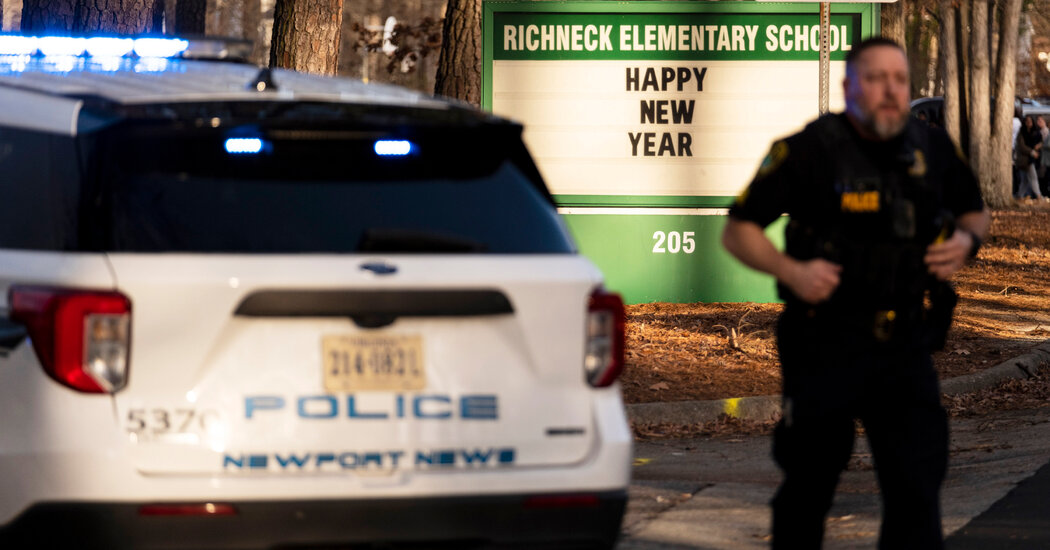 At the time of the shooting, “the firearm was displayed from his person, not from his backpack,” said Steve Drew, the chief of police in Newport News.

A single bullet pierced Ms. Zwerner, 25, who was seriously injured but has been recovering at a hospital.

As in many other school shootings, the case has renewed conversation around children’s mental health and school security. Schools have also come under scrutiny for their responses before attacks, such as in the 2021 shooting at Oxford High School in Michigan. In that case, a student, Ethan Crumbley, pleaded guilty to killing four students and injuring seven other people. After a teacher observed violent drawings in class, and his parents declined to take him home, he remained in school. His belongings were not searched for a weapon.

School officials in Newport News have quickly moved to install metal detectors at all school buildings, a strategy that has stirred debate but has also grown more popular as school shootings have become more common.

Six percent of public schools reported using metal detectors for all or most students on a daily basis, according to a recent survey by the National Center for Education Statistics, up from 2 percent in the 2017-18 school year. Nine percent of public schools reported random metal detector use, up from 5 percent five years ago. The growth comes as other security measures — such as panic buttons and locked classroom doors — have also become more common.

“Metal detectors are just one strategy,” said James Fedderman, the president of the Virginia Education Association, the state’s teachers union. He pointed to other tactics, such as locking doors and installing security cameras, and urged a focus on mental health and conflict resolution.

Experts say that the best time to stop a shooting on school grounds is before a gun ever makes its way to campus, including by intervening with any students who show early signs of distress or violence.