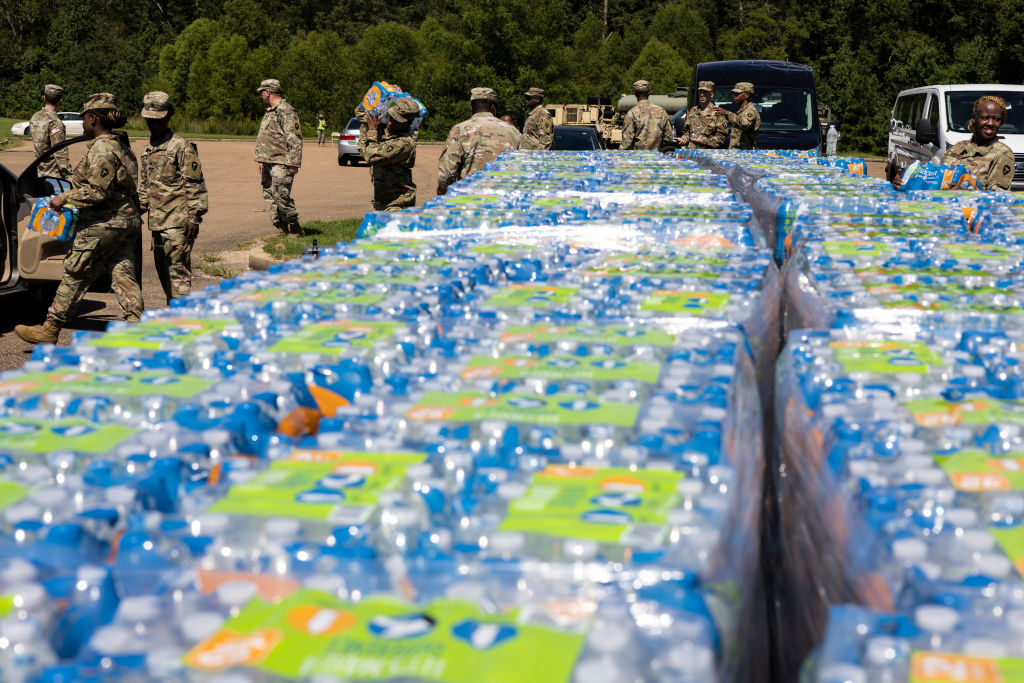 Christopher Wells, the executive director of the Mississippi Department of Environmental Quality (MDEQ), is barking back against accusations of discrimination following the NAACP’s federal complaint in response to the slow distribution of recovery funds for Jackson’s water crisis.

This week, a letter dating back to mid-December of 2022 surfaced from Wells, where he denied claims that Mississippi’s Department of Environmental Quality discriminated against the capital city of Jackson by withholding crucial funds to upgrade its failing water plant. In the letter, Wells wrote that the NAACP “failed to allege a single fact to support” its argument that the agency deprived Jackson of the funds necessary to repair the infrastructure of the city’s water system, according to The Associated Press.

“Jackson received a loan for every completed application it submitted,” Wells’ written statement continued. “And, because the amount of the loan is based on the cost of the project, no loans were reduced for any reason that could be considered discriminatory.”

In September 2022, The NAACP filed a federal complaint citing that the MDEQ violated Title VI of the 1964 Civil Rights Act, which prohibits companies from discriminating based on race or in any program or activity that receives Federal funds or other financial assistance. The Environmental Protection Agency (EPA) also launched a wide-scale investigation into the accusations.

Further along in the letter dated Dec. 16, Wells alleged that the violations were “based on unarticulated and evolving standards” and would run “counter to this nation’s system of federalism,” WLBT-TV noted. He also argued that the EPA investigation was “part and parcel of a political effort to divert attention away from the city of Jackson’s own failures.” Ultimately, Wells blamed city officials for their poor response to Jackson’s water crisis.

As News-One previously reported, in August 2022, Mississippi announced that the city’s water system was failing. Thousands were left without adequate water supply as a result.  Jackson has a population of over 149,000 and nearly 85.5 percent of residents is Black, according to The Census.

O.B. Curtis is the largest water treatment plant in the city. During a press conference, Gov. Tate Reeves cautioned that the plant would be temporarily shut down until officials could figure out the cause of the malfunction. According to Reeves, the main water pumps at O.B. Curtis were “damaged severely” when the city issued its first boil water notice on Jul. 29, 2022. At the time, the governor did not reveal the source of the damage. Officials said the city was relying on small backup pumps until the system completely went offline.

Sadly, Jackson’s water issue had been brewing for years. The EPA warned the city about the water plant’s poor infrastructure in 1970 and in 2020, but nothing was done to solve the matter. Over the 2022 Christmas holiday weekend, Jackson’s water plant took another hit when mayor Chokwe Antar Lumumba declared a local state of emergency due to low water pressure across certain areas of the city.

Thankfully, there may be hope on the way for Jackson. The city is set to receive upwards of $600 million in federal funds to help fix its water system- all thanks to the $1.7 trillion spending bill that Congress passed in December.