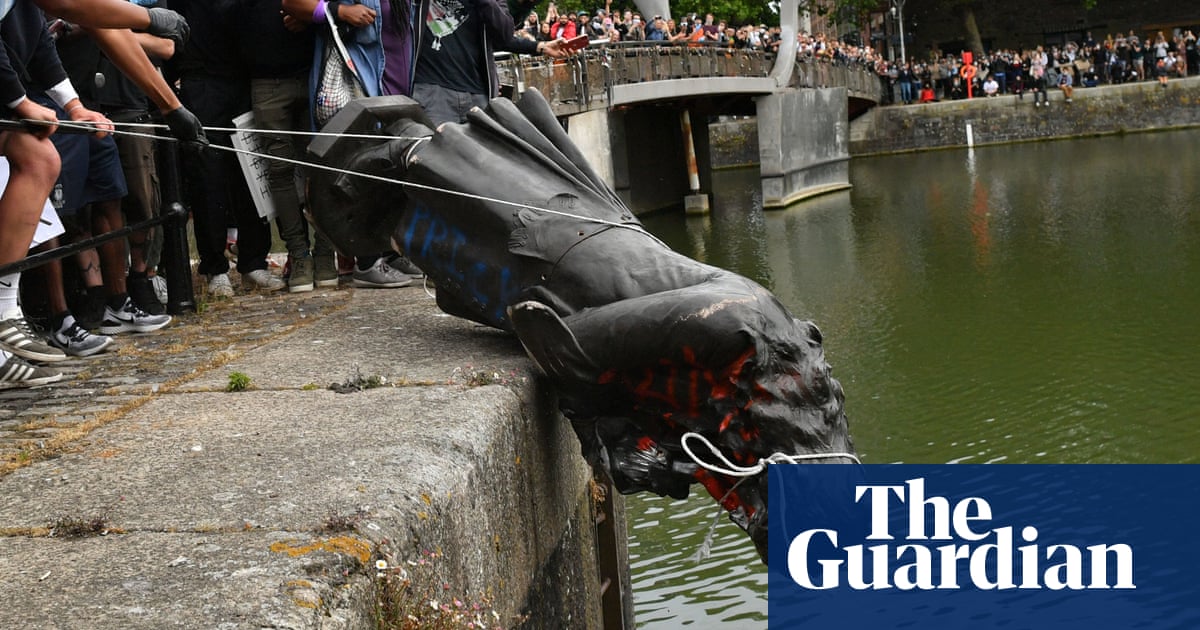 A woman allegedly involved in fundraising connected to the Bristol protest during which a statue of the slave trader Edward Colston was toppled and dumped into the city’s harbour has denied fraud.

Xahra Saleem, 22, of Romford, east London, appeared at Bristol magistrates court on Tuesday accused of two counts of fraud by abuse of position.

The charges relate to online fundraising pages linked to the demonstration that allegedly raised tens of thousands of pounds. Saleem is accused of using money raised for herself.

She spoke only to confirm her name, address, date of birth and to plead not guilty to both charges.

District Judge Lynne Matthews told the defendant that because of the seriousness of the case it would have to be dealt with at the city’s crown court.

The Colston statue was toppled on 7 June 2020 and attracted attention around the world.

Saleem is said to have been associated with a group called All Black Lives Bristol and allegedly was involved in crowdfunding pages in connection with the demonstration.

The first charge alleges that Saleem committed fraud “while occupying a position, namely organiser, in which you were expected to safeguard or not act against the financial interests of ABL Bristol”. The charge adds: “You dishonestly abused that position intending to make a gain, namely used the funds raised for yourself.”

According to the second charge, Saleem was “expected to safeguard or not act against the financial interests of” a Bristol community organisation called Changing your Mindset Ltd. But the charge continue that she dishonestly abused the position of director, “intending to make a gain, namely used the funds raised for yourself.”

Both alleged offences are against the Fraud Act 2006.

Saleem will next appear at Bristol crown court on 30 January and was given bail.