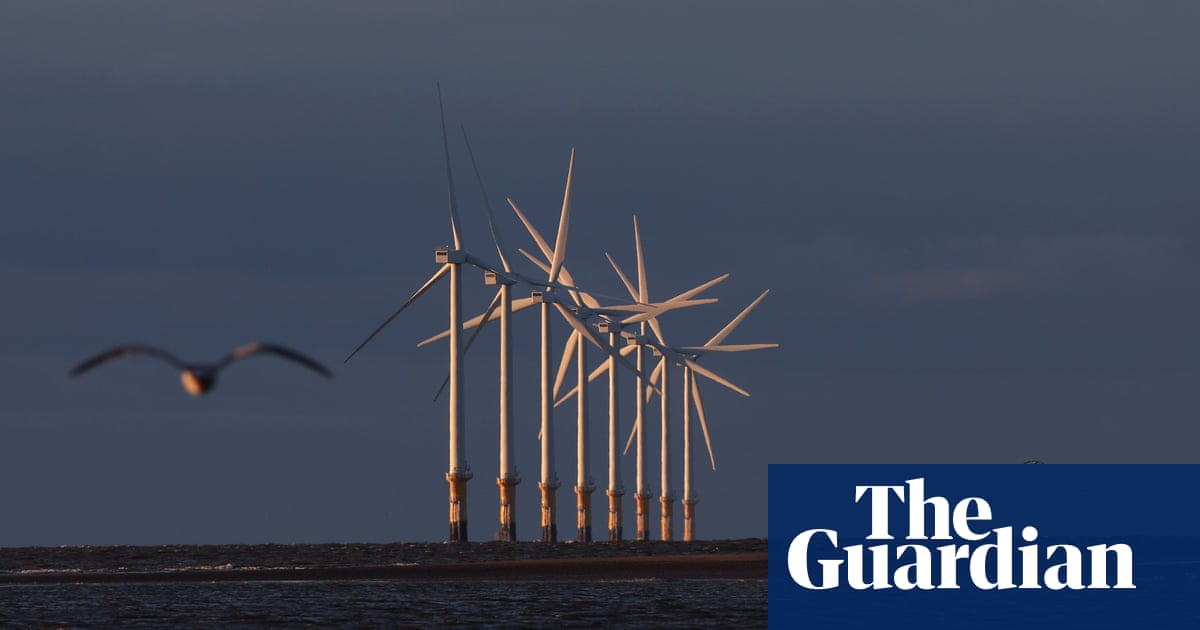 National Grid’s electricity system operator (ESO), which handles Great Britain’s grid, said that a new record for wind generation was set on 30 December, when 20.91 gigawatts (GW) were produced by turbines.

This represented the third time Britain’s fleet of wind turbines set new generation records in 2022. In May, National Grid had to ask some turbines in the west of Scotland to shut down, as the network was unable to store such a large amount of electricity when a then record 19.9GW of power was produced – enough to boil 3.5m kettles.

The ESO said a new record was also set for the share of electricity on the grid coming from zero-carbon sources – renewables and nuclear – which supplied 87.2% of total power. These sources have accounted for about 55% to 59% of power over the past couple of years.

The surge in wind generation represents a remarkable reversal in fortunes as a cold snap that enveloped Britain and Europe quickly turned to milder weather.

Power prices had soared as the freezing weather forced Britons to increase their heating use, pushing up demand for energy despite high bills.

The cold weather came with a period of low wind, reducing the production of Britain’s windfarms to close to zero.

Emergency coal-fired power units at Drax in North Yorkshire were put on standby but ultimately not used, while gas-fired generation accounted for nearly 60% of the UK’s power output at times.

However, milder weather in the UK and Europe in recent days has led to a reduction in demand from consumers and a fall in wholesale gas prices. It has also reduced the risk of power cuts this winter, which National Grid had warned could be a possibility.

Wind generation is seen as a crucial part of Britain’s move towards net zero. The prime minister, Rishi Sunak, is expected to overturn a moratorium on new onshore wind projects with a consultation on the matter due to run until March.