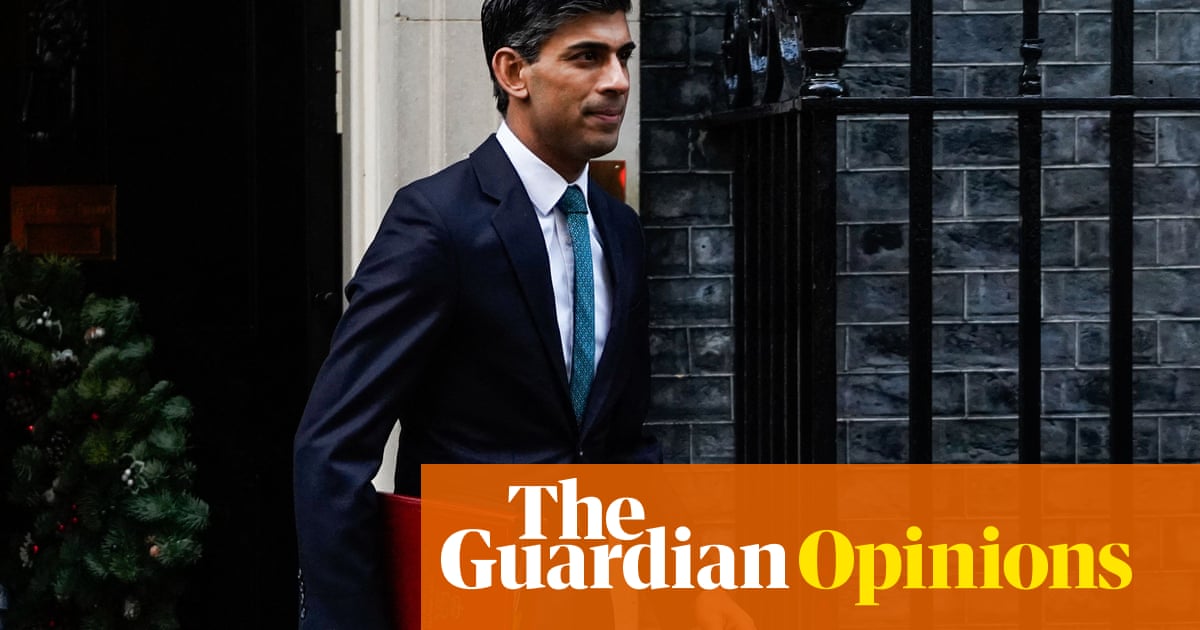 Having grown up with a GP father and a pharmacist mother, Rishi Sunak ought to have an idea about what ails the National Health Service. But with up to 500 people dying every week because of delays in hospital emergency care, the prime minister is nowhere to be seen. Mr Sunak is lost for words for good reason. He runs a government that faces a crisis in a part of the state where voters don’t fully trust it. They have good reason not to.

Waiting lists for NHS hospital care are now at an all-time high across the UK, with 9 million people waiting to start treatment – the highest figure since records began in August 2007. Such has been the Tory failure to manage England’s NHS that the health service is treating fewer patients from the waiting list than it was managing pre-pandemic, which is partly why the backlog continues to grow. Even 70% of Tory voters think that the government has made a mess of the health service.

The government can point to more money being made available for day-to-day NHS spending and to more frontline staff being hired. But the number of beds available for non-Covid patients was still lower, said the Institute for Fiscal Studies, than pre-pandemic levels. It is unsurprising to find chaos on the wards when doctors are faced with not enough beds and patients well enough to leave hospital, but unable to be discharged because of a lack of nearby social care and home care.

Downing Street says that an extra £500m has been allocated to speed up hospital discharges – but few think the money has arrived. Only half of the 7,000 “virtual” ward beds that were opened to reduce emergency waits are occupied. The upshot is patients waiting in pain for record lengths of time in A&E after they have waited too long for ambulances to reach them. Penny-pinching from the Treasury will inevitably mean strikes by nurses and ambulance staff, demoralised after years of being understaffed and overworked.

Austerity has meant that poor people have suffered the most since 2010. They not only die, if they are men, 10 years sooner than the rich, but they can expect to become disabled two decades earlier. The geographer Frances Darlington-Pollock, in her book Disease, released last November to mark the 80th anniversary of Sir William Beveridge’s radical blueprint for the welfare state, writes that by 2021, life expectancy had fallen for the first time in 40 years, by an average of 1.3 years for men and 0.9 years for women; and those living in the poorest areas had suffered the greatest loss. It is a political choice, she says, to not properly fund the health and social care system.

Mr Sunak’s problem is that the NHS’s collective, egalitarian spirit is antithetical to his politics. If the NHS was “the closest thing the English have to a religion”, as the former Tory chancellor Nigel Lawson put it, then Mr Sunak is a heretic. As Mr Lawson’s successor, Mr Sunak preferred to talk about the “sacred duty” of balancing the books, and this summer boasted of taking money from deprived areas to help wealthy towns. There’s no sign of an epiphany showing that he understands values like those embodied by the NHS, which go beyond the mere accumulation of material things. Until such a moment arrives, he remains, unfortunately for Britain, a politician who measures everything except that which makes life worthwhile.