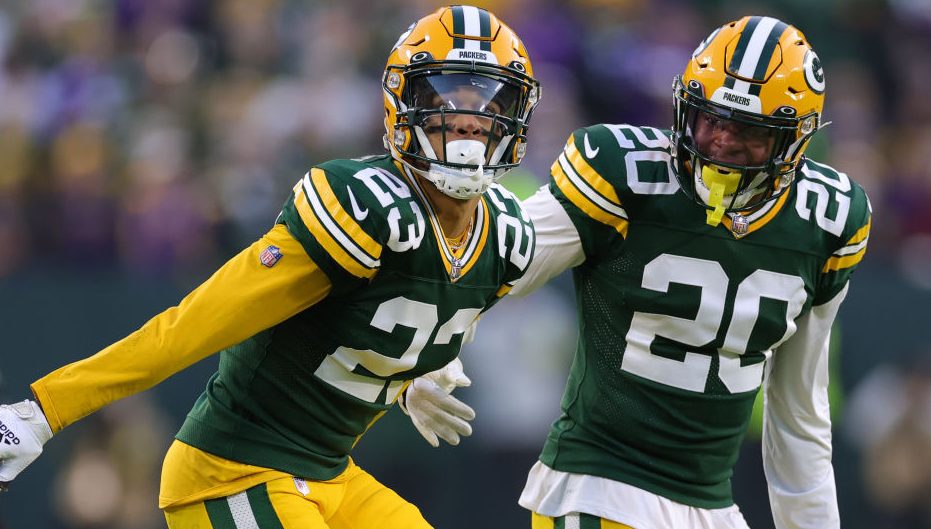 Vikings receiver Justin Jefferson entered Sunday with a league-leading 1,756 receiving yards, putting him 208 behind the NFL-record 1,964 yards Calvin Johnson had in 2012. Jefferson ended Sunday with 1,771 yards, leaving him 193 behind Johnson heading into the final week.

It was quite a turnaround for the Packers, who allowed Jefferson to catch nine passes for 184 yards and two touchdowns in the Vikings’ 23-7 win in the season opener.

This time, Packers cornerback Jaire Alexander traveled with Jefferson most of the day.

“He challenged him,” Packers coach Matt LaFleur said, via Andrew Krammer of the Star Tribune. “There were a couple times he implemented some quick jams where he was very physical at the line of scrimmage. Anytime DBs do that, you’re not always expecting it, especially if you haven’t seen it a ton on tape. I don’t care who you are as a wide receiver; it’s always a challenge. I thought that was a great job by our staff.”

Kirk Cousins targeted Jefferson five times, and his only catch came with 7:45 remaining in the third quarter. It was a career low in catches, and the 15 yards nearly were a career low in receiving yards. Jefferson wore his frustration on his sleeve as Alexander chirped in his ear and mocked him with the Griddy celebration.

Alexander lined up across from Jefferson on 20 of 31 routes, 13 of which came in press coverage, per Next Gen Stats.

“Tell Shannon Sharpe and Skip Bayless to watch what they say about me,” Alexander said. “Talking about how ‘he a good corner.’ I’m a great corner.”

Earlier this week, Alexander called Jefferson’s season-opening stats against the Packers a “fluke.” LaFleur noted Alexander “backed it up” Sunday.

“He’s still a great receiver,” Alexander told Tracy Wolfson of CBS. “But I’m confident in myself, and I said what I said, and I meant what I said.”

Jaire Alexander on backing up his talk vs. Justin Jefferson: I’m a great corner originally appeared on Pro Football Talk