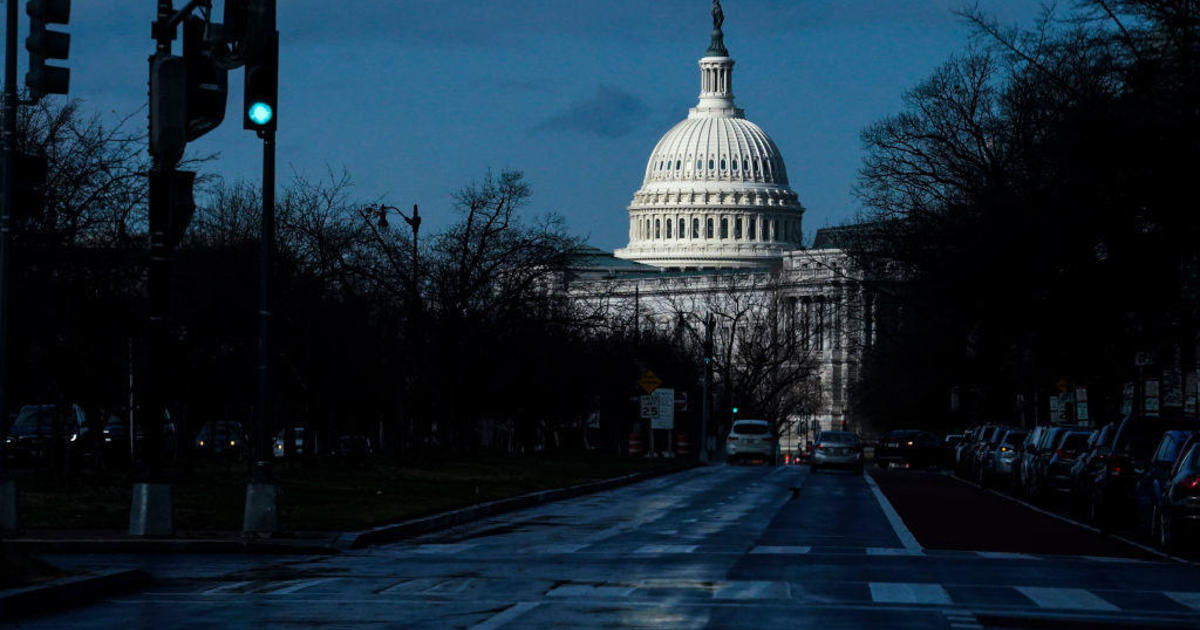 Washington — CBS News has learned of a series of efforts on Capitol Hill in the final days of the 117th Congress to make it easier to remove the embattled Architect of the Capitol or to reduce his ability to misuse a perk of his office.

The new efforts even include a small but striking piece of language in the 4,155-page spending bill signed into law by President Biden to fund the government next year.

The moves follow a blistering internal review by the agency’s inspector general last year of J. Brett Blanton, who currently holds the position overseeing the facilities, historical artifacts and U.S. Capitol grounds. The inspector general said its investigation found Blanton abused his authority and squandered taxpayer money, including by allowing his family to use his government-owned SUVs, and driving the vehicles on family vacations to South Carolina, West Virginia and Florida, and a trip to a craft brewery.

The report also alleges Blanton allowed his wife and daughter to drive his government-issued car, including one instance in which his daughter was accused of driving recklessly. The report said Blanton’s daughter  “had transported both her friends and boyfriend in the vehicle and referred to using the [Architect of the Capitol]’s fuel as ‘free gas.'”

In another instance, the report said Blanton claimed to be a law enforcement agent, and after a traffic accident, “When the driver inquired about Blanton’s insurance information, Blanton told him it was a government vehicle and that he was an ‘agent,'” said the report.

In the final days of the 117th Congress, the top Democrat and Republican on the Senate Rules Committee introduced legislation to make it easier for Congress to remove the Architect of the Capitol from office. The legislation would allow for the dismissal of the Architect by “impeachment or joint resolution of Congress” in cases of “permanent disability, inefficiency, neglect of duty, malfeasance; or a felony or conduct involving moral turpitude.”

Sen. Roy Blunt, a Republican from Missouri who did not seek reelection, acknowledged it was unlikely the bill would be taken up by the Senate ahead of Tuesday morning expiration of all legislation proposed in the 117th Congress. But Blunt told CBS News “This was as good a time as any to alleviate the concern” that only the president of the United States can fire an Architect of the Capitol. Blunt told CBS News, “Congress needs to have more capacity to evaluate the Architect of the Capitol’s performance.”

The Architect of the Capitol is a presidential appointee who, though confirmed by the Senate, cannot be immediately removed by the Senate. The new legislation seeks to give Congress leverage and capability to remove the Architect.

“Based on the overwhelming evidence of misconduct outlined in this report, Mr. Blanton must resign. He should be held accountable and reimburse the government,” they said in a joint written statement shortly after the internal review was made public.

A CBS News review of the massive year-end spending plan to fund the federal government reveals language was added to further restrict the Architect of the Capitol’s vehicle use. The legislation, which was signed into law last week, includes language allowing the Architect of the Capitol to have continued use of a taxpayer-funded vehicle. But unlike prior spending bills that did so, the new bill specifically restricts the vehicle usage for “home-to-work” travel. It also changes the language of prior spending bills to specifically limit the vehicle’s usage to the Architect or a “duly authorized designee.”

The Architect of the Capitol’s Inspector General said in a statement to CBS News that its probe found Blanton wasted $14,000 in taxpayer funds. A spokesperson for the inspector general said, “Thus far, Blanton’s office has not provided a response to address or rectify the substantiated charges against him; however, his office is not required to in this case.”

Blanton oversees a workforce of nearly 2,000 and is also part of the US Capitol Police Board. He was the only member of the board who did not resign or lose his or her position after the security failures at the January 6, 2021 U.S. Capitol attack.