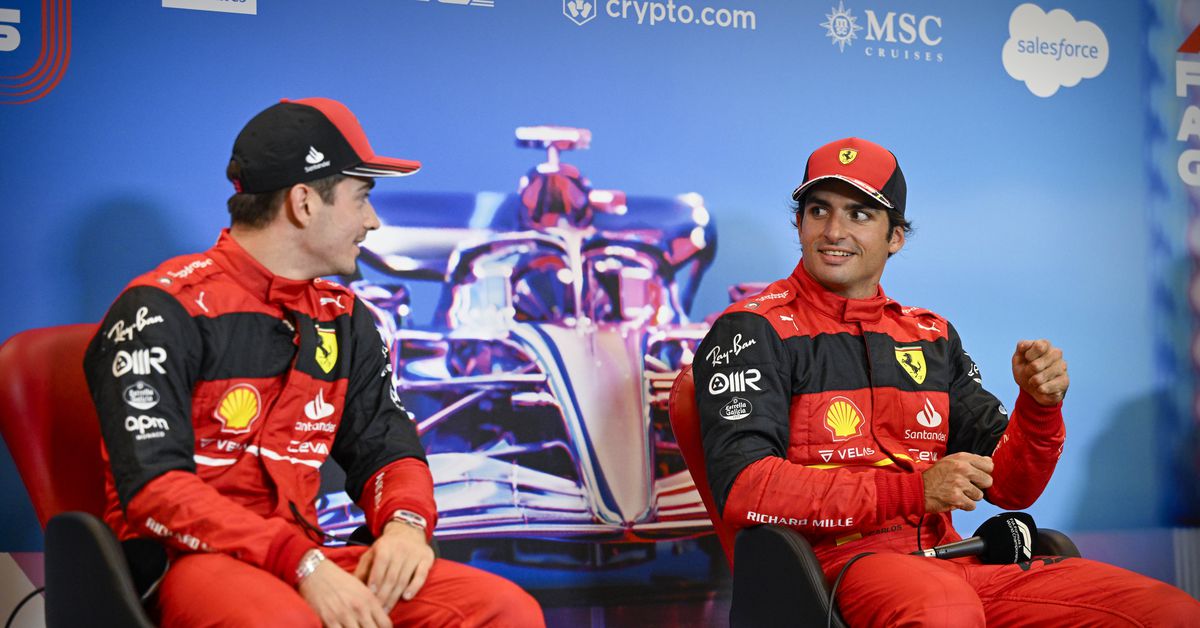 With the calendar flipping to January, there is a new boss at Scuderia Ferrari. With the resignation of team principal Mattia Binotto becoming official at the end of the 2022, Frederic Vasseur is now in charge of the Scuderia.

Vasseur’s previous relationship with Ferrari driver Charles Leclerc — the two worked together at ART in the GP3 series, as well as at Sauber/Alfa Romeo when Leclerc made his F1 debut — coupled with Vasseur’s previous comments on how each team needs a primary driver, have generated breathless speculation, including from yours truly, about what Vasseur’s presence could mean for both Leclerc and his current teammate Carlos Sainz Jr.

Now someone is pushing back on that notion.

In an interview with Italian outlet Autosprint, Sainz brushed aside any concern about the previous relationship between Leclerc and the new team principal at Ferrari. In fact, Sainz goes further, illustrating how that relationship could be a benefit for the Scuderia. “No, because I don’t think I’m starting from scratch. As I said, I’m sure I’ll get on well with him and he’ll be happy with me when he sees me work, with my relationship with the team and with Charles. I think his well-tested relationship with Leclerc it will be very useful to everyone, also to accelerate his acclimatization here.”

Further, Sainz believes that Vasseur is the right person for the job. “Yes, from what they’ve told me and from how I’ve known him, I think he’s the right man. Everyone in the paddock knows him and I’m sure he’ll do well. There will be an adjustment period, but Fred knows the Formula very well Uno and also Ferrari. Now there will be this phase of preparation to then start working fully with him.”

Vasseur is stepping into one of the toughest jobs in motorsport, with high expectations following Ferrari into every single season. Last year, the Scuderia got off to a fantastic start, but a series of gaffes and errors saw Ferrari merely trying to hold off Mercedes by the end of the season for second place, instead of pushing Red Bull for the Constructors’ Championship.

Vasseur will need both his drivers in top form to reverse those fortunes, and for now, it seems that both Leclerc and Sainz are ready for the challenge.