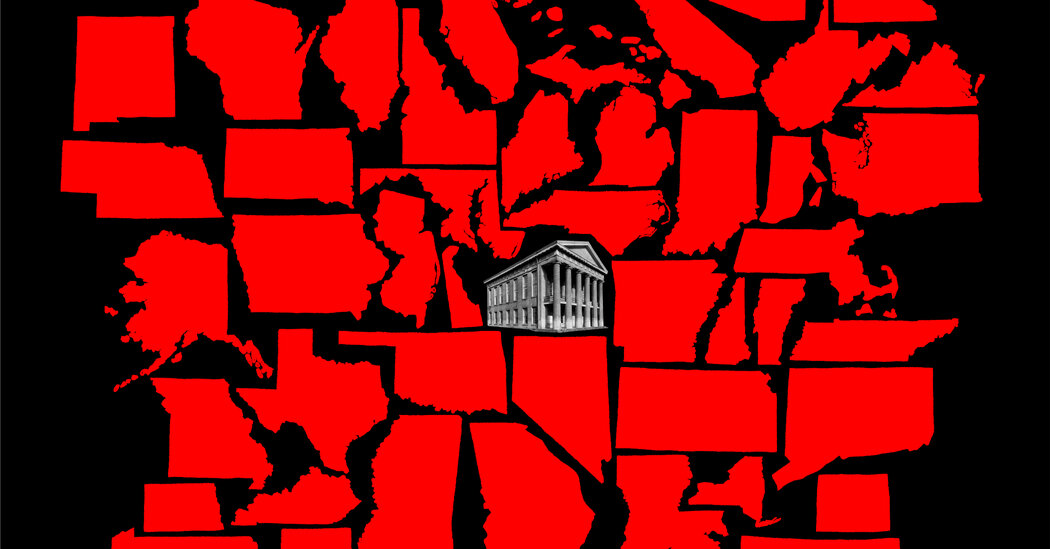 First, the theory is based on bad legal interpretation. The Constitution uses the word “legislature” in describing who has the power to regulate federal elections. Because of this word, the theory’s supporters claim, state legislatures have nearly unlimited power in that realm. But as Judge Luttig has noted, the theory has “literally no support” in the Constitution. To the contrary, the framers who wrote the Constitution were concerned that state legislatures had too much power, not too little. The text they wrote makes many references to the powers of those legislatures and of Congress, but it never says or implies that they are immune to review by the judicial branch.

Second, the theory is based on bad history. The best evidence its supporters offer is a two-century-old document that has long been known to be fraudulent. Written in 1818 by Charles Pinckney of South Carolina, a founding father, it is purported to be a replica of the plan for government that he introduced three decades earlier at the Constitutional Convention. But what he submitted in 1818 was not the real deal. James Madison suspected this immediately, as have virtually all historians to examine it in the years since.

When the theory’s supporters sought to claim that the practices of early state legislatures proved that their side should win, Justice Sonia Sotomayor responded, “Yes. If you rewrite history, it’s very easy to do.”

Third, if the Supreme Court accepts this theory, it will create a logistical nightmare in states across the country. That’s because the theory applies only to federal elections, not state elections, in which state courts unquestionably have a role to play. As a result, there would be two sets of rules operating at the same time, one for federal elections and one for state elections. Chaos and confusion would reign.

Most important, the Supreme Court has already implicitly rejected the theory many times over. In precedents stretching back decades, the court has made clear that state courts have the power to set limits on what lawmakers can do when it comes to federal elections. As recently as 2019, the court rejected a plea for it to stop the extreme partisan gerrymandering in North Carolina and other states. In doing so, Chief Justice John Roberts explained that this is exactly the role that state courts should play. “Provisions in state statutes and state constitutions can provide standards and guidance for state courts to apply,” he wrote.

At Wednesday’s argument, Justice Samuel Alito appeared to reject that premise. He accused elected state court judges, like those in North Carolina, of being political actors themselves. “There’s been a lot of talk about the impact of this decision on democracy,” said Justice Alito, who has given openly partisan speeches to outside groups and voted consistently in alignment with Republican policy priorities. “Do you think that it furthers democracy to transfer the political controversy about districting from the legislature to elected supreme courts where the candidates are permitted by state law to campaign on the issue of districting?”

Another way to appreciate the absurdity of the theory is to consider who has come out for and against it. On one side, a large and bipartisan group of judges, government officials, former lawmakers, leading historians and constitutional scholars from across the political spectrum have rejected it. These include a co-founder of the right-wing legal group the Federalist Society, the chief justices of all 50 states, multiple Republican former governors and secretaries of state and civil rights organizations.