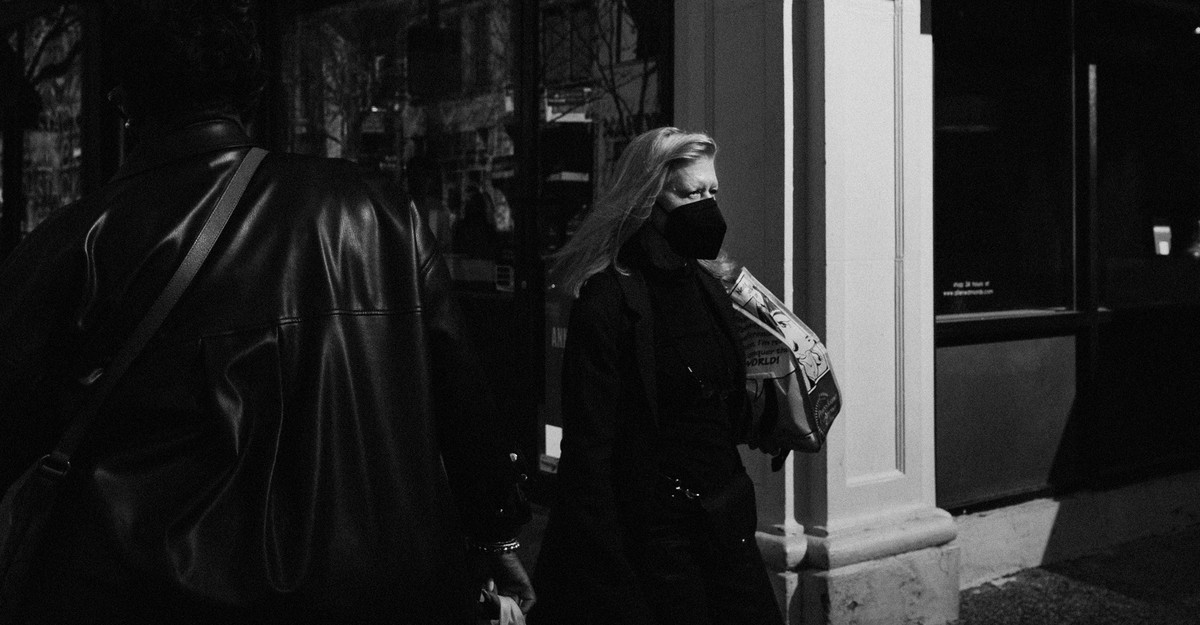 When I called the epidemiologist Denis Nash this week to discuss the country’s worsening COVID numbers, he was about to take a rapid test. “I came in on the subway to work this morning, and I got a text from home,” Nash, a professor at the City University of New York, told me. “My daughter tested positive for COVID.”

Here we go again: For the first time in several months, another wave seems to be on the horizon in the United States. In the past two weeks, reported cases have increased by 53 percent, and hospitalizations have risen by 31 percent. Virus levels in wastewater, which can provide an advance warning of spread, are following a similar trajectory. After the past two years, a winter surge “was always expected,” Nash said. Respiratory illnesses thrive in colder weather, when people tend to spend more time indoors. Thanksgiving travel and gatherings were likewise predicted to drive cases, Anne Rimoin, an epidemiologist at UCLA, told me. If people were infected then, their illnesses will probably start showing up in the data around now. “We’re going to see a surge [that is] likely going to start really increasing in velocity,” she said.

Winter has ushered in some of the pandemic’s worst moments. Last year, Omicron’s unwanted arrival led to a level of mass infection across the country that we had not previously seen. The good news this year is that the current rise will almost certainly not be as bad as last year’s. But beyond that, experts told me, we don’t know much about what will happen next. We could be in for any type of surge—big or small, long or short, national or regional. The only certain thing is that cases and hospitalizations are rising, and that’s not good.

The pandemic numbers are ticking upward across the country, but so far the recent increases seem especially sharp in the South and West. The daily average of reported cases in Mississippi, Georgia, Texas, South Carolina, and Alabama has doubled in the past two weeks. Hospitalizations have been slower to rise, but over the same time frame, daily hospitalizations in California have jumped 57 percent and are now higher than anywhere else in the United States. Other areas of the country, such as New York City, have also seen troubling increases.

Whether the nationwide spike constitutes the long-predicted winter wave, and not just an intermittent rise in cases, depends on whom you ask. “I think it will continue,” Gregory Poland, a professor of medicine at the Mayo Clinic, told me. “We will pour more gas on the fire with Christmas travel.” Others hesitated to classify the uptick as such, because it has just begun. “It’s hard to know, but the case numbers are moving in the wrong direction,” Rimoin said. Case counts are unreliable as people have turned to at-home testing (or just not testing at all), though hospitalizations and wastewater readings remain reliable, albeit imperfect, metrics. “I’ve not seen a big enough change to call it a wave,” Susan Kline, an infectious-diseases expert at the University of Minnesota Medical School, told me.

But what to call the ongoing trend matters less than the fact that it exists. For now, what happens next is anyone’s guess. The dominant variants—the Omicron offshoots BQ.1 and BQ.1.1—are worrying, but they don’t pose the same challenges as what hit us last winter. Omicron drove that wave, taking us and our immune systems by surprise. The emergence of a completely new variant is possible this year—and would change everything—but that is considered unlikely.

The lack of data on people’s immune status makes it especially difficult to predict the outcome of the current rise. Widespread vaccination and infection mean we have a stronger wall of immunity now compared with the previous two winters, but that protection inevitably fades with time. The problem is, people fall sick asynchronously and get boosted on their own schedules, so the timing varies for everyone. “We don’t know anything about how long ago people were [vaccinated], and we don’t know anything about hybrid immunity, so it’s impossible to predict” just how bad things could get, Nash said.

Still, a confluence of factors has created the ideal conditions for a sustained surge with serious consequences for those who get sick. Fading immunity, frustratingly low booster uptake, and the near-total abandonment of COVID precautions create ideal conditions for the virus to spread. Meanwhile, treatments for those who do get very sick are dwindling. None of the FDA-approved monoclonal antibodies, which are especially useful for the immunocompromised, works against BQ.1 and BQ.1.1., which make up about 68 percent of cases nationwide. Paxlovid is still effective, but it’s underprescribed by providers and, by one medical director’s estimate, refused by 20 to 30 percent of patients.

The upside is that few people who get COVID now will get very sick—fewer than in previous winters. Even if cases continue to surge, most infections will not lead to severe illness because the bulk of the population has some level of immunity from vaccination, previous infection, or both. Still, long COVID can be “devastating,” Poland said, and it can develop after mild or even asymptomatic cases. But any sort of wave would in all likelihood lead to an uptick in deaths, too. So far, the death rate has remained stable, but 90 percent of people dying now are 65 and older, and only a third of them have the latest booster. Such low uptake “just drives home the fact that we have not really done a good job of targeting the right people around the country,” Nash said.

Even if the winter COVID wave is not ultimately a big one, it will likely be bad news for hospitals, which are already filling up with adults with flu and children with respiratory syncytial virus, or RSV. Many health-care facilities are swamped; the situation will only worsen if there is a big wave. If you need help for severe COVID—or any kind of medical issue—more than likely, “you’re not going to get the same level of care that you would have without these surges,” Poland said. Critically ill kids are routinely turned away from overflowing emergency rooms, my colleague Katherine J. Wu recently reported.

We can do little to predict how the ongoing surge might develop other than simply wait. Soon we should have a better sense of whether this is a blip in the pandemic or something more serious, and the trends of winters past can be helpful, Kline said. Last year, the Omicron-fueled surge did not begin in earnest until mid-December. “We haven’t even gotten to January yet, so I really think we’re not going to know [how bad this surge will be] for two months,” Kline said. Until then, “we just have to stay put and watch.”

It is maddening that, this far into the pandemic, “stay put and watch” seems to be the only option when cases start to rise. It is not, of course: Plenty of tools—masking, testing, boosters—are within our power to deploy to great effect. They could flatten the wave, if enough people use them. “We have the tools,” said Nash, whose rapid test came out negative, “but the collective will is not really there to do anything about it.”