Ongoing demand for SUVs and crossovers has prompted premium automakers like Rolls-Royce, Bentley, and Ferrari to jump into this growing market, resulting in some very impressive vehicles. However, well before seemingly every car manufacturer on earth jumped at the chance to build an SUV, Lamborghini unveiled a concept for its first off-roader way back in 1981.

The vehicle was known as the LM001 and based on the Cheetah that Lamborghini developed in the late 1970s in the hope of selling it to the United States Army. These plans didn’t go come to fruition and the subsequent consumer-oriented concept shown at the 1981 Geneva Motor Show also proved untenable for production.

Read: The Origins Of The LM002 “Rambo Lambo” Are More Convoluted Than You Thought

Not willing to give up on the idea of building an off-roader, Lamborghini went back to the drawing board and came up with the LM002. The production-spec model was introduced at the Brussels Motor Show in 1986 and immediately garnered plenty of interest. A particularly well-preserved example is heading to auction on December 10 and is expected to sell for between $200,000 and $250,000. 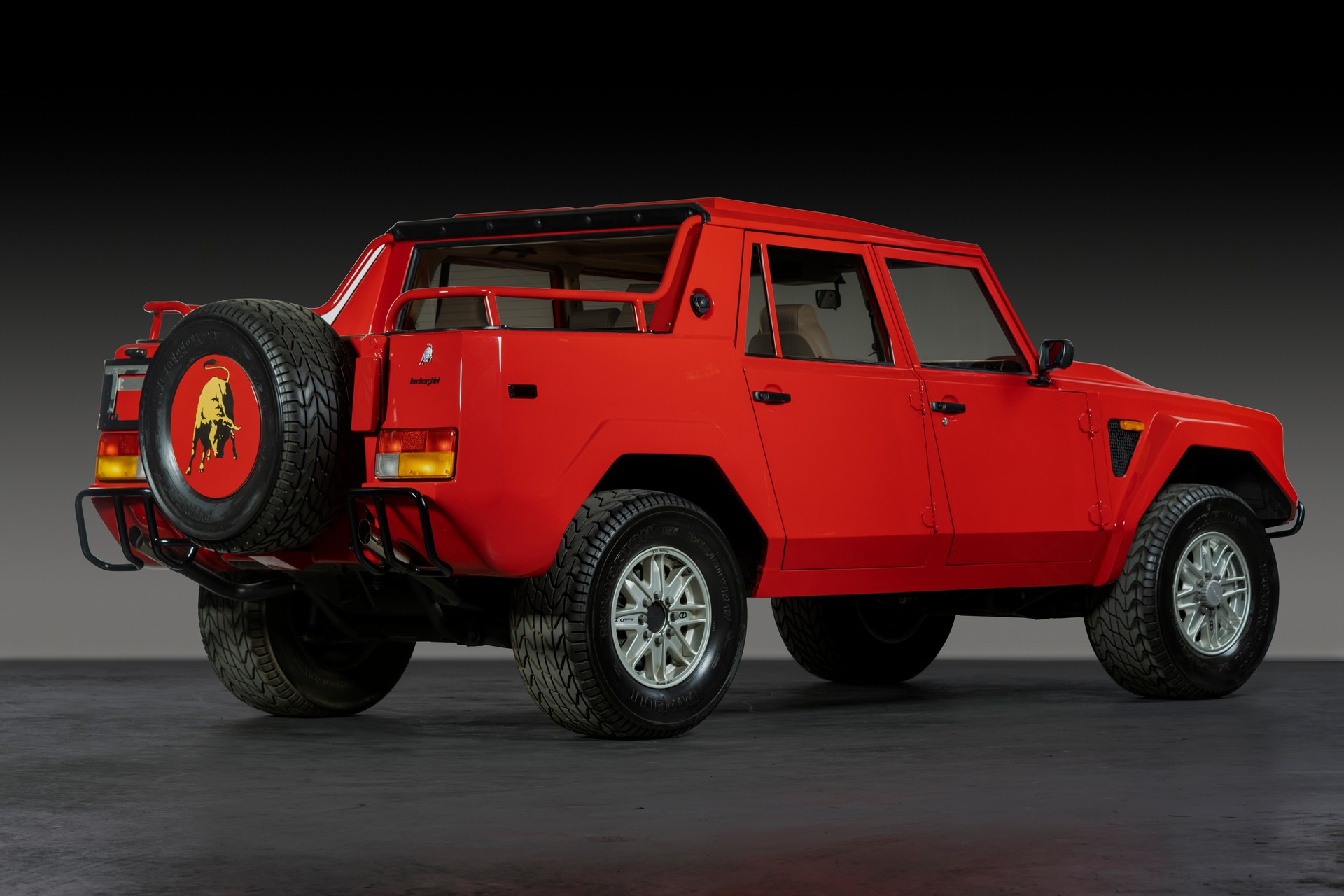 The RM Sotheby’s listing reveals that the off-roader was repainted in the current shade of red in 2014 while in March 2020, the clutch and flywheel were replaced. It retains the original eight-spoke OZ Route wheels clad in Pirelli Scorpion tires.

Found in the cabin of the ‘Rambo Lambo’ is ivory leather upholstery and brown carpets which, despite the vehicle’s age, remain in good condition.