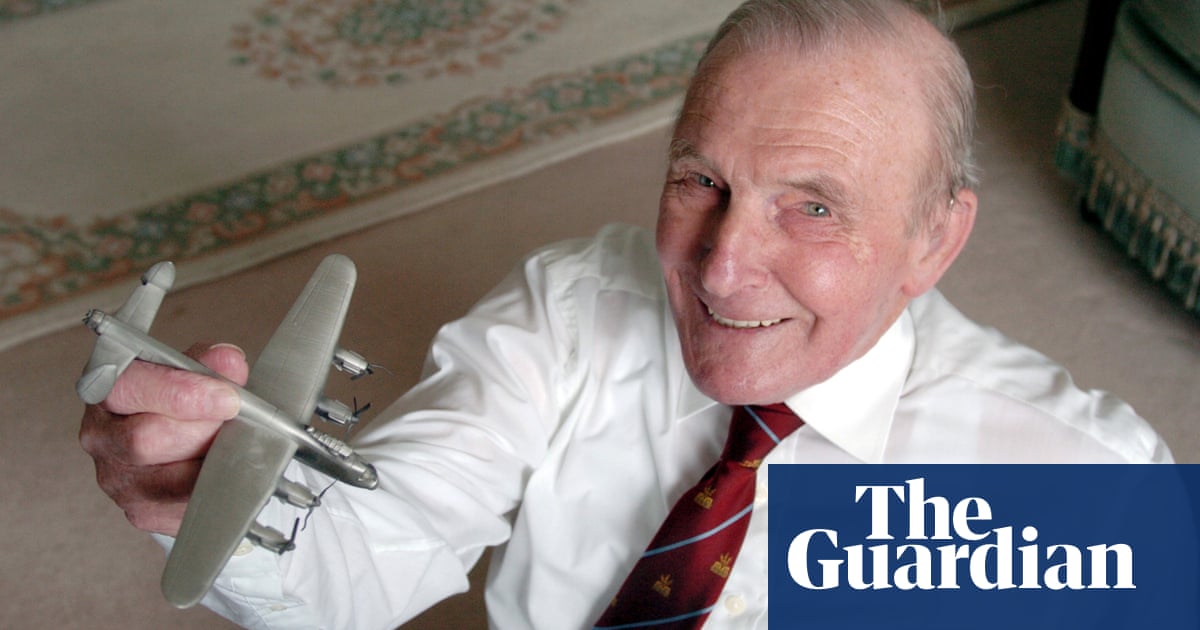 The last survivor of the Dambuster bouncing bomb raids of 1943 has died at the age of 101.

George Leonard “Johnny” Johnson was a bomb-aimer in the 617 squadron which destroyed vital dams in Germany’s industrial Ruhr valley during the second world war.

His family said Johnson died peacefully in his sleep on Wednesday, according to BBC News.

After his 100th birthday last year, Johnson told the BBC: “I’ve had a very lucky life in every respect.” Speaking of the famous Dambuster raids, he said: “It was an exhilarating experience … [I felt] honoured to have had the chance to take part.”

The bouncing bomb raids caused catastrophic flooding in the Ruhr valley, destroying hydroelectric power stations and factories. About 1,300 people on the ground are thought to have been killed, according to the Imperial War Museum.

Of the 133 crew members who took part, 53 were killed in the raids and three were captured. Johnson, who was born in Lincolnshire and lived in Bristol, was 21 at the time.

The raids and the role of the bomb’s designer, Barnes Wallis, were immortalised in the 1955 film The Dam Busters, starring Michael Redgrave as Wallis and Richard Todd as Wing Commander Guy Gibson, the leader of the operation.

In 2018, the artist Jeremy Houghton sketched Johnson as one of the last surviving airmen of the second world war, to mark the centenary of the founding of the Royal Air Force.

He went on to become a squadron leader in the RAF and retired from the force in 1962 to become a teacher in Torquay. He also represented the Conservative party as a local councillor.

A campaign to get Johnson knighted ended in failure, but he was awarded a CBE in 2017.

Johnson’s wife, Gwyn, died in 2005. He is survived by three children, eight grandchildren and 18 great-grandchildren.

The former RAF navigator John Nichol, who was captured during the first Gulf war, paid tribute to Johnson.

“Very sad to learn that the ‘Last Dambuster’, Sqn Ldr Johnny Johnson, has died aged 101,” he wrote on Twitter. “His WW2 generation sacrificed so much, yet asked nothing in return. I was privileged to share many a bottle of his much-loved red wine.

“The nation has lost a true hero. Blue skies Sir.”