Driving a Porsche 911 GT3 near the arctic circle makes about as much sense as entering a Toyota Tacoma in the Monaco Grand Prix. You’d get so little opportunity to explore the benefits of its track-honed chassis and 9,000 rpm redline that you might as well be in an entry level Carrera or a Cayenne.

But every modern car has to undergo cold weather testing to make sure its safe and reliable in all weathers, and our spy photographers have just spotted three of Porsche’s hottest GT3-based sports cars hanging out together in the snow.

The images focus on the facelifted versions of the winged 911 GT3 and wing-less 911 GT3 Touring, which can both be seen wearing discrete disguise panels over their black rear bumpers preventing us from making out the minor styling adjustments that will characterize what enthusiasts will come to refer as the 992.2 generation cars. We’re not seeing any major differences at the front end, which can only mean Porsche will begin testing cars with those upgrades later in the development program. 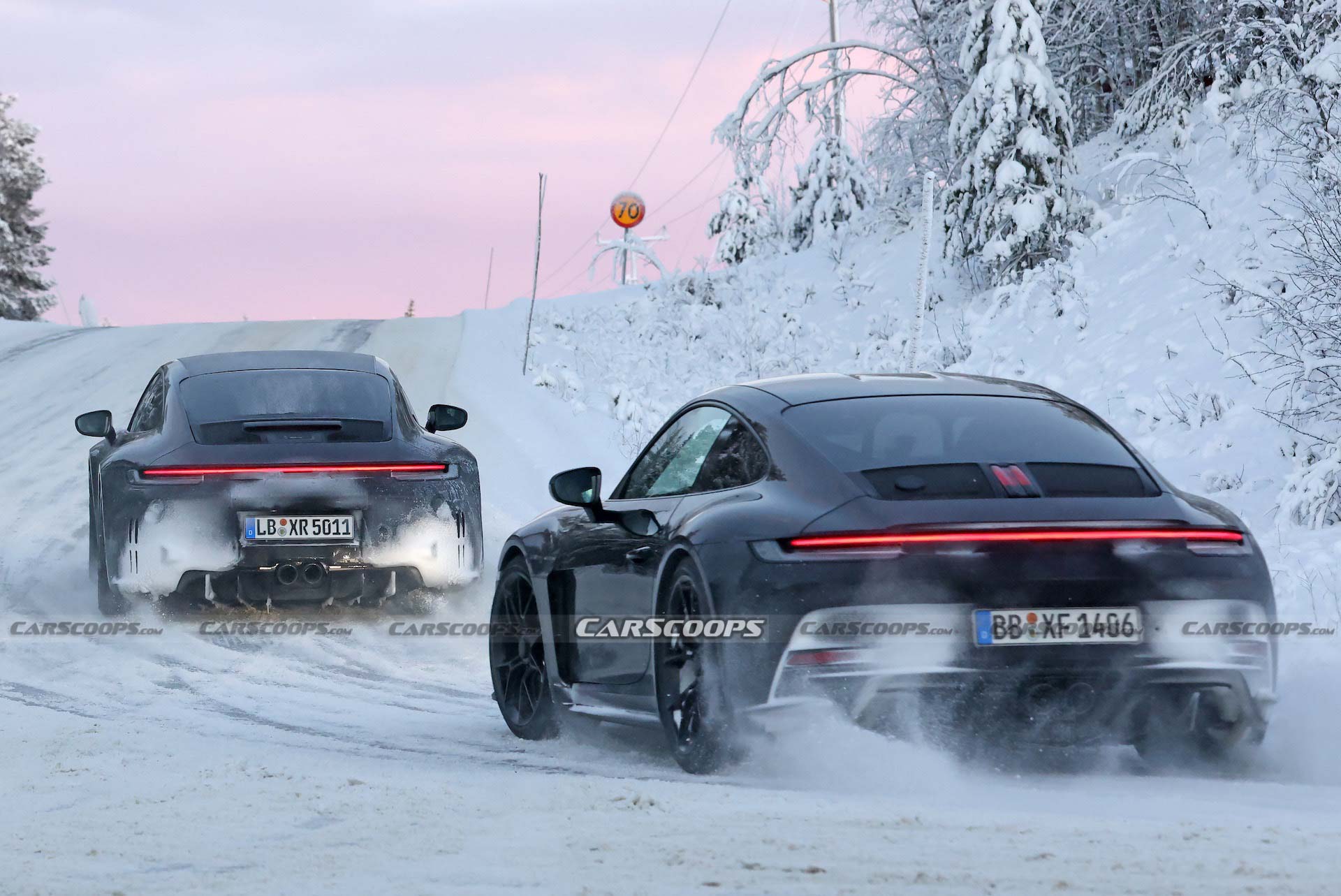 Beyond the styling revisions for the GT3 and Touring there are also likely to be some minor technical revisions to the 4.0-litre naturally aspirated flat six, including a modest power boost from the 503 hp (510 PS) the current engine puts out.

But we have a feeling the third car in our testing trio (wearing “1406 license plates in these pictures) will make even more power. Rumored to be called the 911 ST in homage to an important lightweight 911 built for racing in the early 1970s, the limited edition heritage series model gets the carbon doors from the GT3 RS, and fenders with the same cutaway design on the rear edge of the wheelarch (but seemingly without the saw-tooth vents on top).

In the shot of the two spoiler-less cars taken from the back you can see the ST’s different engine cover and third brake light, and we strongly suspect the ST’s lid is hiding the GT3 RS’s 517 hp (525 PS) flat six.

Porsche usually reveals the most special and extreme versions of the 911 at the end of the model run, so we’re expecting to see the ST first, perhaps early next year, followed by facelifted versions of the regular 911 Carrera and Carrera S, and then the new GT3 and Touring. Which are you most excited about?