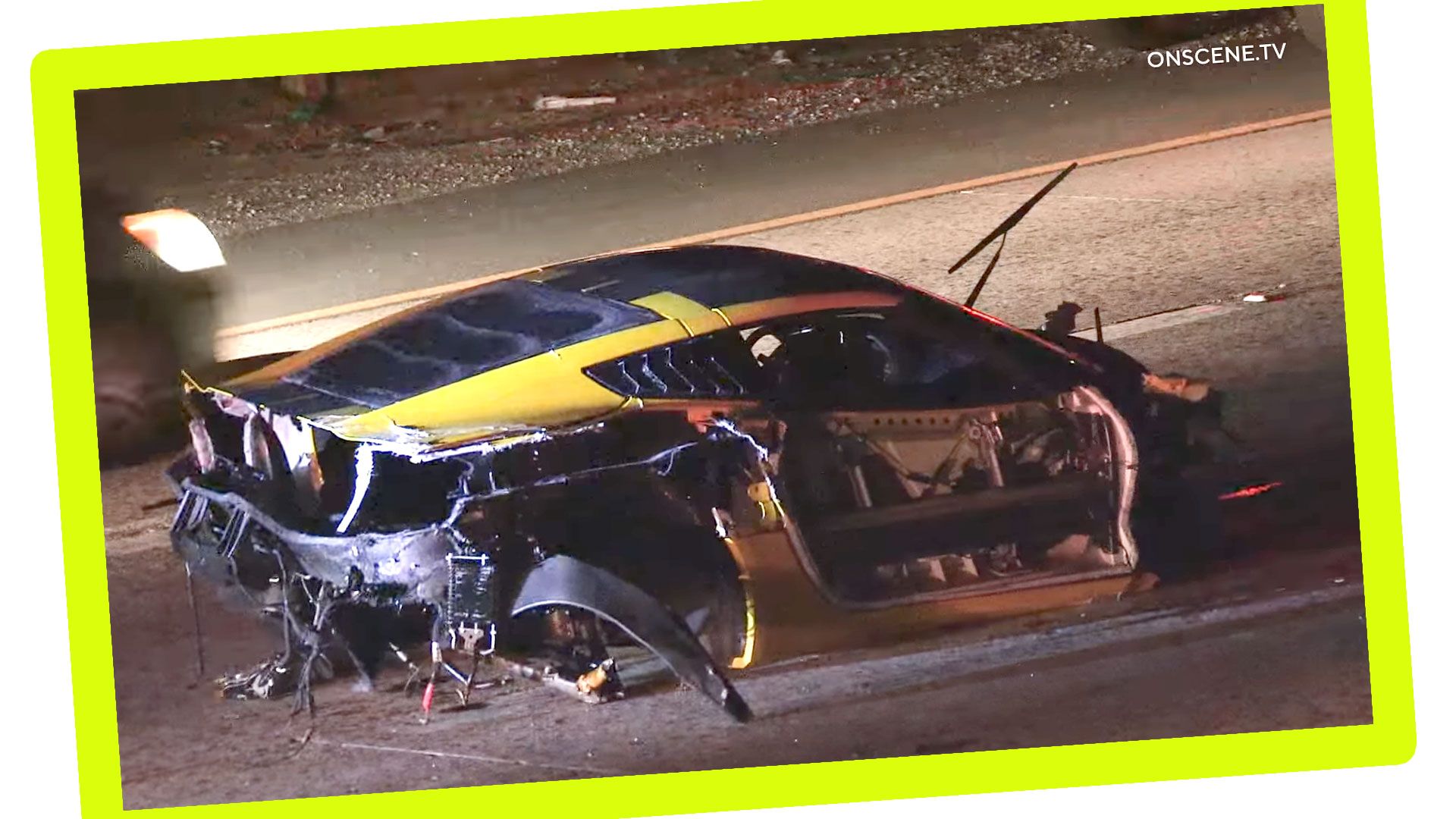 A C7 Chevrolet Corvette Stingray has been destroyed after a high-speed crash along the 10 Freeway in San Bernardino, California.

Eyewitnesses claim that the driver of the Corvette may have been racing another ‘Vette when the crash occurred. While few specifics about the crash are known at this early stage, we know the crash damaged at least two other vehicles, including a Ford Edge, and that the damage sustained to the Corvette is extensive.

Footage shot by OnScene TV in the aftermath of the crash shows that very little of the sports car remains. Most notably, the entire front end, including the 6.2-liter naturally-aspirated V8, has been torn from the Corvette and thrown down the road.

What’s more, the outer skin of the passenger-side door has been torn off, the two front wheels and hubs have been ripped from the front, and the passenger-side rear wheel and hub is also missing, indicating that the Chevy suffered multiple impacts in the collision. At least one of the side windows also appears to have been smashed.

The Ford Escape got off relatively lightly and only appears to have suffered a damaged front bumper and a shattered windshield.

Road & Track spoke with the San Bernardino division of the California Highway Patrol and learned that the driver was taken into custody for driving under the influence of alcohol. He can be seen being treated by medical staff wearing a neck brace. No other individuals caught up in the crash were injured.