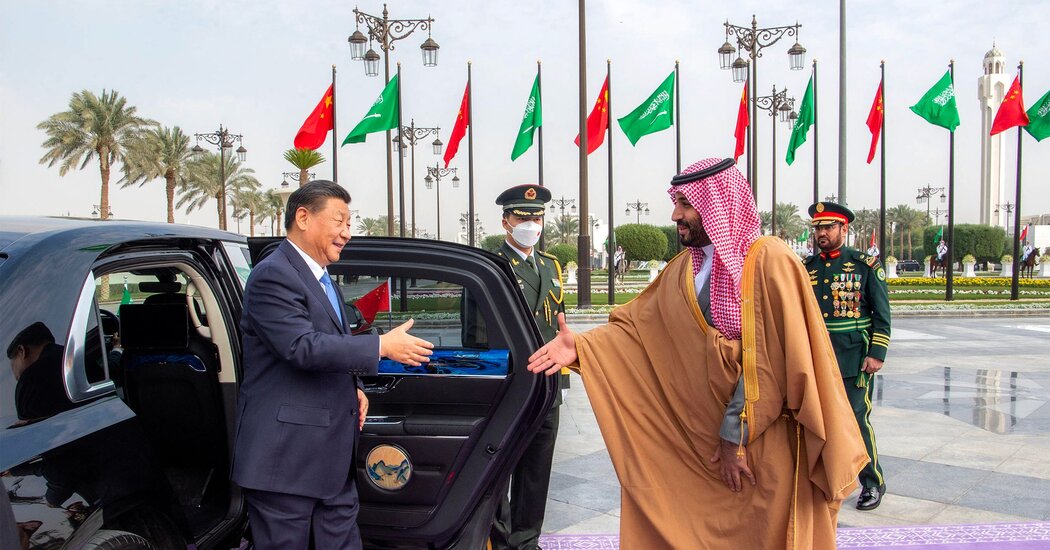 RIYADH, Saudi Arabia — Saudi Arabia and China signed a strategic partnership agreement on Thursday during a visit by the Chinese leader Xi Jinping to the kingdom, underlining the growing ties between Beijing and a longstanding American ally.

Mr. Xi held talks with Crown Prince Mohammed bin Salman, the prime minister and de facto ruler of Saudi Arabia, on Thursday in the first of a series of summits planned for the Chinese president’s three-day visit. After his bilateral meetings with Saudi officials, Mr. Xi is expected to attend twin summits with leaders from other Gulf and Arab countries, including Egypt and Iraq. The Palestinian Authority president, Mahmoud Abbas, is also expected to join.

“This will be the largest and highest-level diplomatic event between China and the Arab world since the founding of the People’s Republic of China,” a Chinese Foreign Ministry spokeswoman, Mao Ning, told reporters on Wednesday. “It will be an epoch-making milestone in the history of China-Arab relations.”

Saudi Arabia has long been a close ally of the United States, but its ties to China have been growing rapidly, developing into a complex relationship involving oil supply, arms sales, technology transfers and infrastructure projects.

China eclipsed the United States as Saudi Arabia’s main trading partner years ago and purchases a substantial portion of its oil from the kingdom, the world’s largest crude exporter.

Saudi Arabia’s ties with the United States have been especially strained recently, with President Biden pledging on the campaign trail to treat the kingdom like a “pariah” and pressing Prince Mohammed about the murder of Jamal Khashoggi, a Washington Post columnist and Saudi citizen killed by Saudi agents in Istanbul in 2018.

The official Saudi Press Agency reported that King Salman of Saudi Arabia and Mr. Xi had met and signed the a “comprehensive strategic partnership” agreement, without providing further details.

Under the agreement, the two sides agreed to hold meetings between their heads of state every two years, according to the Chinese news agency Xinhua. Beijing also agreed to list Saudi Arabia as a destination for group travel and to expand personnel exchanges as well as cultural and people-to-people exchanges, Mr. Xi said on Thursday during his talks with Prince Mohammed.

Other pacts signed by officials during the state visit included a memorandum of understanding on hydrogen energy, an “alignment plan” between China’s Belt and Road Initiative and Saudi Arabia’s economic diversification program, and a pact on teaching the Chinese language in Saudi Arabia, the Saudi Press Agency report said.

Mr. Xi was greeted by a grander reception than Mr. Biden received in July, when the American president visited the coastal city of Jeddah, partly in a bid to repair ties with the Saudi government.

Footage of Mr. Xi’s arrival on Wednesday showed jets flying overhead with smoke trails in the red and yellow of the Chinese flag.

On Thursday, Mr. Xi was taken to the palatial royal court, where his car, a luxury Chinese sedan, was escorted by horse riders carrying Saudi and Chinese flags. Prince Mohammed greeted him with a warm handshake, contrasting with Mr. Biden’s greeting of a fist bump.

Substantive details about the meetings on Thursday were scarce. Videos of the leaders speaking to each other were aired on Saudi state television with the sound muted.