Mercedes’ Vito-based passenger minivans might not be as glamorous as the S-Class, but the V-Class and its EQV brother are surprisingly luxurious inside and might get even fancier when these facelifted versions go on sale next year.

Though the electric EQV variant was only released a couple of years ago, it’s essentially a V-Class EV, and the V-Class dates back to 2014, something clear when you look at the old-fashioned styling of the body panels that employ a design language Mercedes has abandoned on its newer cars.

By rights then, Mercedes ought to be rolling out a brand-new model. Instead, it’s giving the existing vehicles a light nip and tuck that’ll be focused on refreshing the lights, bumpers, and grilles, but leaving the sheet metal alone. Though the two vans seen here look to be identical at first glance, closer inspection reveals a blanked-off grille on the black one confirming it as an EQV, while the silver van’s conventional open grille area means it’s a combustion V-Class.

The vans’ interiors are also set to get a small makeover that we know from previous spy shots will include swapping the round air vents for rectangular ones and is likely to also involve replacing the current analog instrument cluster with a digital gauge pack. Perhaps the most important changes will concern the infotainment system which will benefit from the latest Mercedes MBUX operating system and controls. Other Mercedes vehicles have dropped the trackpad controller on the console to focus exclusively on touchscreen functionality and it’s likely the V-vans will follow suit. 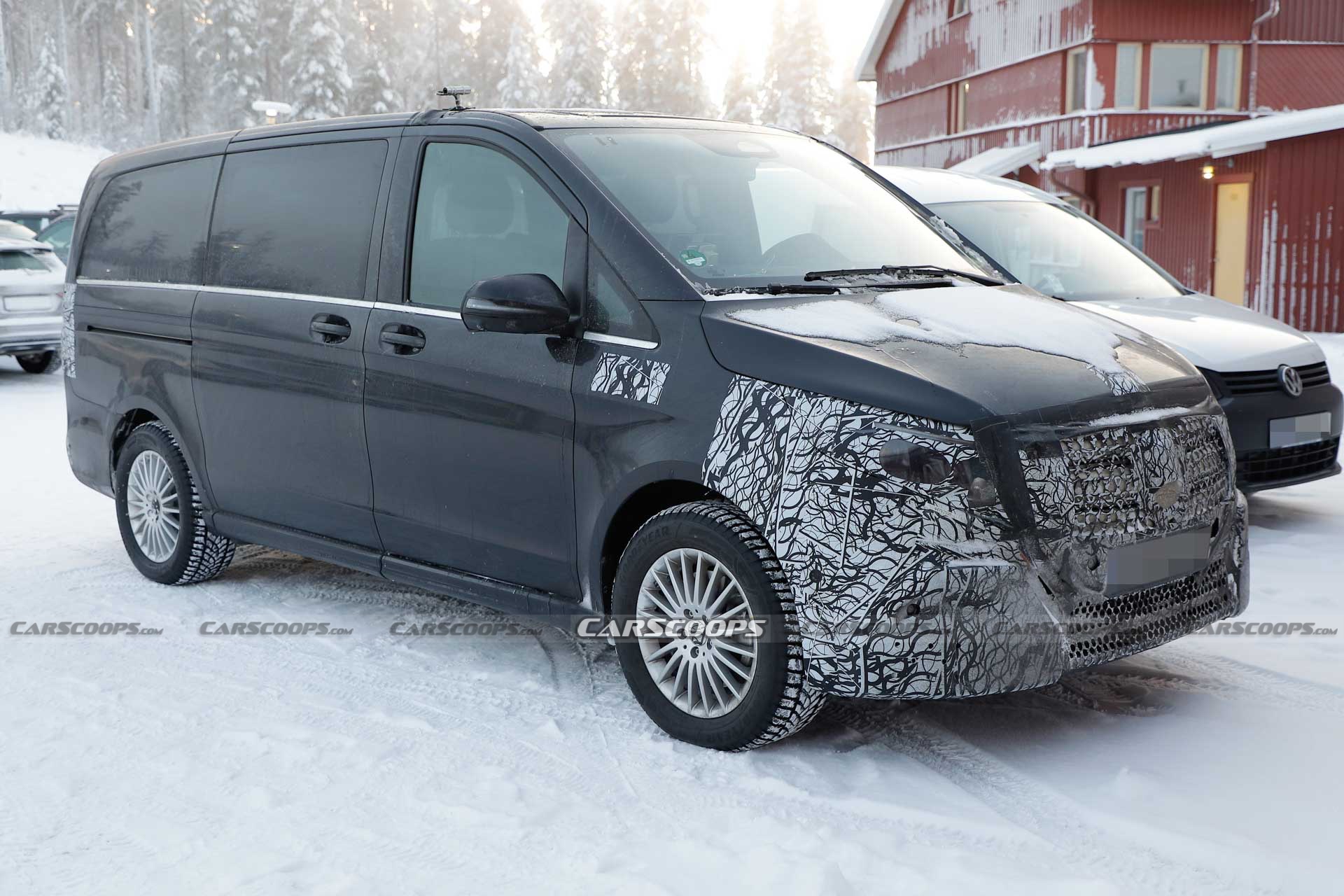 We don’t know if Mercedes is going to upgrade the electric powertrain of the EQV from the current model’s 201 hp (150 kW / 204 PS) single-motor setup. But if there are any changes they’re likely to be centered around improving the zero-emissions driving range, which currently stands at 213 miles (343 km/h) for the EQV300.

None of the changes though are likely to have us lusting after a V-Class or EQV over a seven-seat SUV, and not just because neither will be coming to the U.S. (the bare-bones Metris van was withdrawn from the region in 2022). But they might just be enough to help Mercedes hang on to customers who buy these things for ferrying VIPs between hotels, airports, and events, and might have recently had their heads turned by Volkswagen’s T7 Multivan and the prospect of next year’s long-wheelbase ID.Buzz.