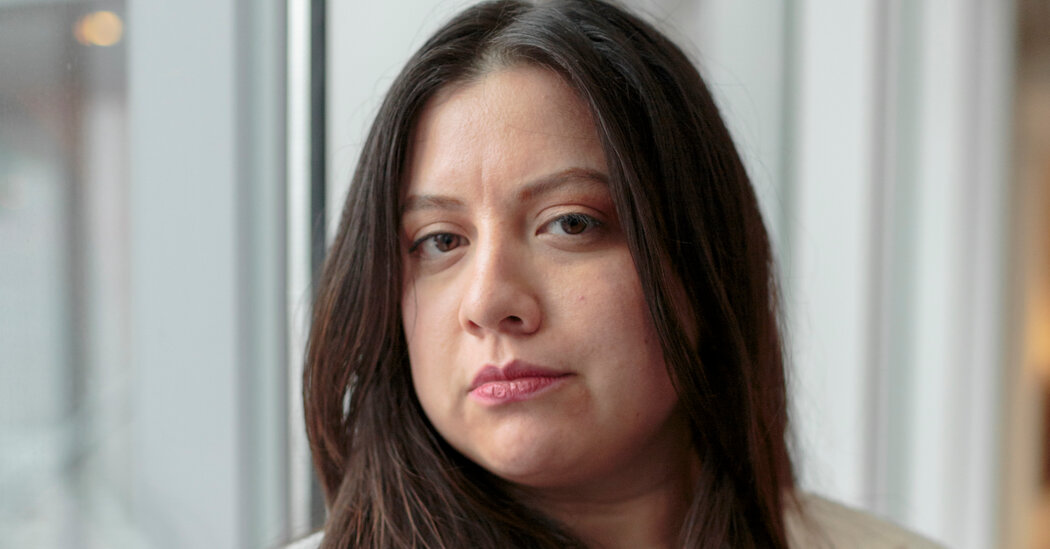 One of the women whose allegations of sexual harassment led to the resignation of a key aide to the New York attorney general, Letitia James, said in an interview that she decided to come forward because she believed that Ms. James was protecting her longtime chief of staff rather than aggressively pursuing the investigation.

The woman, Sofia Quintanar, accused Ms. James of withholding any public finding of wrongdoing against her longtime chief of staff, Ibrahim Khan, allowing him to resign with his reputation intact.

Ms. Quintanar, a former aide to Ms. James herself, added that she was troubled that the attorney general’s office handled her complaint far less aggressively than it investigated harassment allegations against former Gov. Andrew M. Cuomo.

Ms. Quintanar said that she was told by the attorney general’s office that investigators had substantiated her allegation that Mr. Khan inappropriately touched her and aggressively kissed her against her will in November 2021, outside a bar in Brooklyn where they were attending a political fund-raiser.

But Ms. James’s office last week only acknowledged that an “independent, impartial investigation” had been conducted, and that Mr. Khan had “since resigned.”

“I find it just appalling to see how the office handled this publicly,” Ms. Quintanar, 33, told The New York Times in her first public interview about her interaction with Mr. Khan. She said that she decided to come forward because she believed that Ms. James’s office took more care to protect Mr. Khan than the women who accused him of abuse.

“Me and the other victims, we deserve the same vindication that was given to these other victims that she stood up for,” Ms. Quintanar said, referring to the women who accused Mr. Cuomo of harassment. “It shouldn’t be any different because it happened in her house.”

In her first formal statement since The Times reported the investigation into Mr. Khan on Friday, Ms. James said that, “I thank the women who came forward, and I want to assure them that they were heard and that I believe them.”

“My office treated this matter as aggressively as every other matter that has come before our office,” her statement said. “Within 24 hours, our office took disciplinary action and put Ibrahim Khan under restrictions, and within 72 hours, we engaged an outside law firm that began an impartial and exhaustive review of the allegations. Mr. Khan resigned while the investigation was still ongoing. When the process concluded, my office spoke with each individual and informed them that allegations were substantiated. I am confident in the steps that were taken to swiftly review the allegations and in the integrity of the investigation.”

Ms. Quintanar had worked for Ms. James as a deputy press secretary, but left the job in 2021 to pursue a career as a campaign consultant. She decided to attend the fund-raiser in November for Zellnor Myrie, a state senator in Brooklyn, to drum up business and reunite with old friends, recalled Amy Bettys, a friend who accompanied Ms. Quintanar to the event.

Ms. Quintanar said that she ran into Mr. Khan not long after she arrived at the Someday Bar on Atlantic Avenue.

They talked at the bar over drinks about her most recent campaign work and Ms. James’s candidacy for governor, which she launched not long after Mr. Cuomo’s resignation and eventually abandoned.

The bar became too noisy and Ms. Quintanar and Mr. Khan decided to continue what she described as a professional conversation about politics outside. That’s where Ms. Quintanar said that Mr. Khan aggressively grabbed her by her shoulder, pulled her close and “stuck his tongue down my throat.”

“I don’t even know how to describe the feeling, honestly, just disappointment in someone that I considered a respected boss, a former respected boss who just months ago, the Cuomo stuff had just happened to,” Ms. Quintanar said. “And I was just in pure shock. We just went through all of this with someone else. How can you think this was OK?”

Ms. Quintanar said she confronted Mr. Khan, a married father, about the unwelcome kiss before heading back into the bar. Ms. Bettys said she noticed that Ms. Quintanar seemed upset when she returned and that Mr. Khan kept trying to speak into Ms. Quintanar’s ear.

A lawyer for Mr. Khan, Fran Hoffinger, disputed Ms. Quintanar’s account. “We deny allegations of wrongdoing and we are not litigating this in the press,” she said.

Mr. Khan contacted Ms. Quintanar the next day, according to a text message reviewed by The Times — a message that Ms. Quintanar also sent to the independent law firm that Ms. James’s office used to investigate the harassment allegations. When they finally spoke, Ms. Quintanar said Mr. Khan asked if she had made it home safely.

“I thought he was calling to apologize but he just acted like it didn’t happen,” said Ms. Quintanar.

For months, she told no one else about the incident.

“There was no reason for me to come forward. No one was there other than him and I. There was alcohol involved,” Ms. Quintanar said. “I just thought, who would ever believe my story?”

She briefly had second thoughts after a friend told her that Mr. Khan had been accused of sexual assault in the past, and that The New York Post had written about it. She said she could not retrieve The Post’s article, and decided to “just take this to the grave.”

But as the months passed, Ms. Quintanar gradually told a small handful of people. She first confided in a former colleague from the attorney general’s office whom she considered a good friend. The woman, whom The Times is not naming, began to cry. Mr. Khan had also made unwanted sexual advances by groping her and kissing her against her will, according to two people familiar with the accusation.

“And that’s when I was like this is not just me anymore,” Ms. Quintanar said. “There’s a pattern. I’m not the only person.”

Two months later, Ms. Quintanar recounted the encounter with Mr. Khan to someone she considered a mentor. That person convinced Ms. Quintanar that what happened to her was wrong and not her fault and subsequently arranged for both women to tell their story to a political consultant for Ms. James. After the consultant spoke with both women, Ms. James was told on Oct. 2 about the allegations of harassment, according to the office.

Late on Monday, the attorney general’s office released a timeline of its handling of the allegations.

On Oct. 3, a day after Ms. James and the office learned of the accusations, the office informed Mr. Khan that he should begin to work remotely; the following day, the office enlisted the law firm, Littler Mendelson, to conduct an independent investigation.

Ms. James’s office provided documentation to support some portions of that timeline, including an email to Mr. Khan, which was sent on Oct. 3, and an exchange with the law firm that confirmed the date that it was engaged. There was not any official memorialization of when Ms. James herself learned of the allegations.

The timeline said that Mr. Khan resigned on Nov. 22 — a note with that date from him to the office’s director of human resources said that his resignation would take effect on Dec. 31 — and that he ceased to be involved in “any official office matter” on Dec. 2, the day The Times reported the allegations.

That same day, Ms. James’s office said that the investigation of Mr. Khan had “substantively” concluded, with those who made the allegations notified, and staff at the office told of Mr. Khan’s resignation.

John Kaehny, the executive director of Reinvent Albany, a good-government group, said Ms. James should release more details about what the investigation found and possible next steps, while also answering questions about her office’s process.

“Because she is the attorney general and she does have those duties to the public, she needs to be the most transparent possible under the law while protecting the constitutional rights of the accused and of the complainants and not using that as an excuse,” Mr. Kaehny said, adding that questions are “not going to go away because of the sensitivity and the massive resonance with the Cuomo investigation and her role and her office’s role in that.”

This is not the first time that allegations of sexual impropriety have been brought against Mr. Khan, who began working as Ms. James’s spokesman during her 2013 campaign for public advocate, before becoming her chief of staff.

In 2017, The New York Post reported that a former employee of the public advocate’s office, where Mr. Khan was chief of staff, accused him of drugging and sexually assaulting her at a holiday party. Both the Manhattan district attorney’s office and the city’s Department of Investigation looked into the charge and then closed the inquiry.

The article about Mr. Khan is no longer available on The Post’s website and the former employee did not respond to multiple requests for comments.

The Post, in a more recent article about Mr. Khan, said that the article was removed because the newspaper learned that the woman had not identified Mr. Khan as the person who drugged and assaulted her and that she “had no memory of who the attacker was.” Iva Benson, a spokeswoman for The Post, declined to comment further.

That just made it worse when she saw Mr. Khan’s carefully worded statement about his resignation, which asserted that an investigation “found no official workplace misconduct,” a statement that has not been corroborated by Ms. James’s office or the outside law firm investigating the allegations.

“To see how Ibrahim responded by splitting hairs and saying, ‘Oh it wasn’t workplace, it didn’t happen in the workplace,’ like that’s supposed to make it better,” she said.