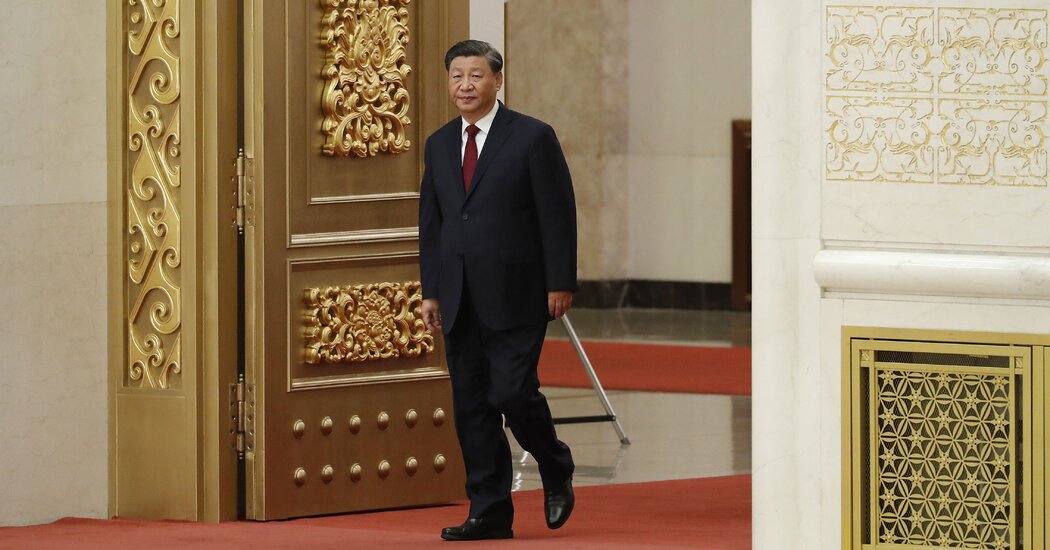 RIYADH, Saudi Arabia — China’s leader will travel to Saudi Arabia on Wednesday for a flurry of summits bringing together heads of state from across the Middle East, a region where longtime American allies are growing increasingly closer to China.

The Chinese president, Xi Jinping, will visit the kingdom for three days and attend Saudi-China, Gulf-China and Arab-China summits, the Saudi state news agency reported on Tuesday. More than 30 heads of states and leaders of international organizations plan to attend, the report said, adding that Saudi Arabia and China were expected to sign a “strategic partnership.”

Mr. Xi’s visit to Saudi Arabia is aimed at deepening China’s decades-old ties with the Gulf region, which started narrowly as a bid to secure oil, and have since developed into a complex relationship involving arms sales, technology transfers and infrastructure projects.

The Chinese leader is expected to sign a flurry of contracts with the Saudi government and other Gulf States, sending a message that Beijing’s clout in the region is growing at a time when Washington has pulled away from the Middle East to devote more attention to Asia.

The grand state visit will inevitably draw comparisons to Donald J. Trump’s arrival in the Saudi capital, Riyadh, for his first trip abroad as president in 2017. He was greeted by streets decorated with American flags and an enormous image of his face projected on the side of a building.

Saudi Arabia has been a close American ally for more than half a century. But its authoritarian rulers have long sought to deepen other alliances to prepare for an emerging multipolar world.

U.S.-Saudi ties have been especially fractious over the past few years, with the administration of President Biden declaring a “recalibration” of the relationship and pressing the kingdom over human rights violations, including the 2018 murder of the Washington Post columnist Jamal Khashoggi — a Saudi citizen and U.S. resident at the time — by Saudi agents in Istanbul.

“Xi clearly wants to make a statement at a moment at which the relationship between the United States and Saudi Arabia is strained,” said James Dorsey, a senior fellow at the S. Rajaratnam School of International Studies in Singapore.

“It’s a good moment to replant the flag, if you wish. And I think it’s a good moment for the Gulf States to say, ‘Hey, we have other options. Washington, you’re not the only ones out there.’”