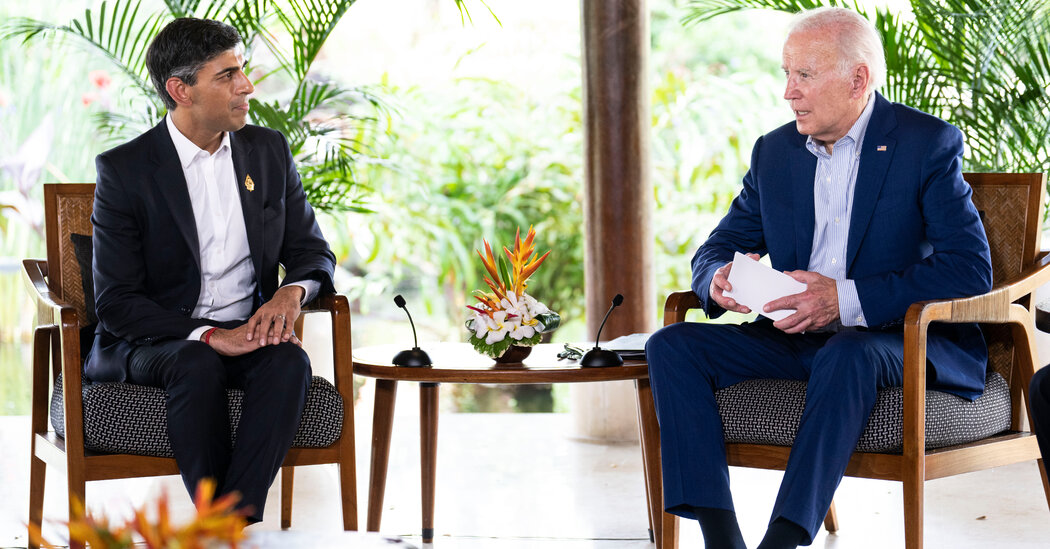 Mr. Major’s electoral record was mixed: He surprised many by winning a modest majority of 21 in the general election in 1992. But that victory was followed swiftly by a financial crisis that sapped his reputation and paved the way for a landslide victory five years later by the Labour Party leader, Tony Blair.

This time, the crisis struck before Mr. Sunak took office. But it leaves him with no more than two years to rescue his party before the next election, and he faces the headwinds of soaring inflation, rising interest rates, labor unrest and a recession. Depending on when Mr. Sunak chooses to call that vote, there is a chance that American voters could be electing a president around the same time.

Will Mr. Biden be in that race? The chances of his running again rose after the midterms, not to mention the president’s proposal to rearrange the Democratic Party’s primary calendar, so that South Carolina, which resurrected his presidential fortunes in 2020, will now vote first, ahead of the Iowa caucus.

There is no evidence that Mr. Biden and Mr. Sunak talked politics in their first face-to-face meeting as leaders at a summit in Indonesia last month. Indeed, given their disparity in age, background and politics, there is little indication they will develop the kind of rapport enjoyed by, say, Mr. Blair and President Bill Clinton. When the Tories elected Mr. Sunak as leader, Mr. Biden hailed it as a “groundbreaking milestone,” though he added, “As my brother would say, ‘Go figure.’”

At the moment, the oddsmakers are betting against Mr. Sunak. There is even speculation that if the Conservatives get thrashed in local elections next May, his enemies might move against him and try to reinstall Mr. Johnson. But Mr. Sunak’s allies hope for a Biden-like surprise, which could give him a solid base for the next general election (it must take place by January 2025).

Given Labour’s formidable lead in opinion polls — and a Labour leader, Keir Starmer, who rivals Mr. Sunak in competence over charisma — few analysts see a path for Mr. Sunak to a convincing victory. But some think the outcome could be much closer than some of Labour’s supporters now expect. For one thing, Mr. Sunak’s poll ratings exceed those of his battered party, which is the reverse of Mr. Biden and the Democrats before the midterm elections.