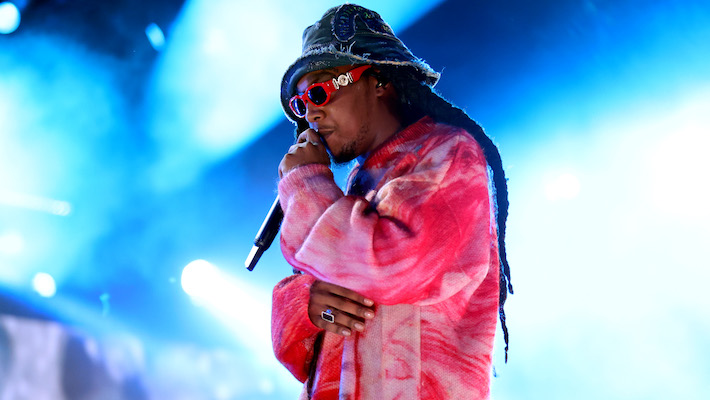 Two arrests have been made in connection to Takeoff’s murder. The 28-year-old Migos rapper was fatally shot in the early hours of November 1 outside of 810 Billiards & Bowling in Houston, where he was attending a private event with Quavo. A manhunt ensued, with Houston Police Chief Troy Finner urging the public to exercise patience on November 22.

Also on November 22, Cameron Joshua, 22, (known as Lil Cam or Lil Cam 5th) was taken into custody by Houston’s Harris County Sheriff’s Office. The internet initially started speculating that Lil Cam 5th was linked to Takeoff’s murder, and on Wednesday, November 30, he was formally “charged in connection with the case,” as relayed by The Associated Press, but “is not believed to have fired” his illegal handgun during the shooting that tragically took Takeoff’s life.

The following day, Houston Police arrested 33-year-old Patrick Xavier Clark and charged him with the murder of Takeoff. ABC News reported yesterday (December 3) that Clark’s bond was set at $2 million during his first court appearance. “In requesting the $2 million bond, prosecutors argued that Clark posed a high flight risk because he had purchased tickets to Mexico two days before his arrest and applied for an expedited passport,” the report said.

Houston Police held a press conference on December 2, during which Sgt. Michael Burrow emphasized that “the investigation is still ongoing” and confirmed the alleged sequence of events on November 1.

“The event was a private party,” he said. “There was a lucrative dice game that went on at the event. There was an argument that happened afterwards outside the bowling alley, which led to the shooting. I can tell you that Takeoff was not involved in playing the dice game. He was not involved in the argument that happened outside. He was not armed. He was an innocent bystander.”

Burrow added that approximately 30 people were standing outside at the time of the shooting and “literally every single one of those people left the scene without giving a statement to police.” He asked them to come forward and give their statements to Houston Police. In the interim, Burrow said, his team used video surveillance, cellphone video and audio, physical evidence, shooting reconstruction, to confirm ballistic evidence, which led them to Clark as the shooter.