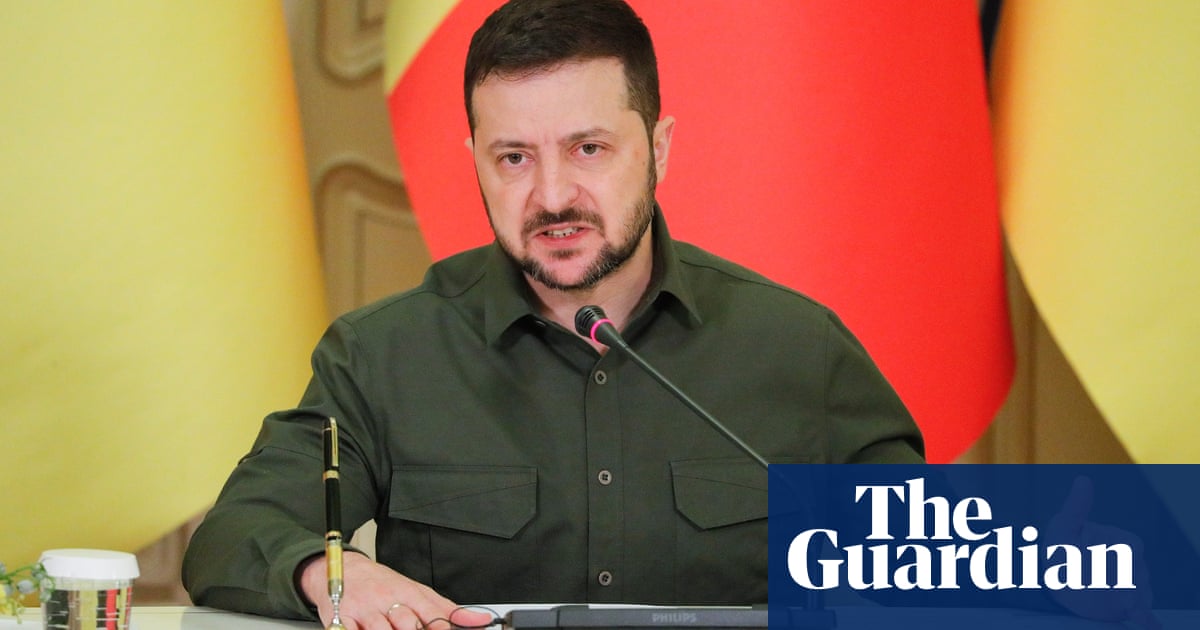 A draft resolution is circulating at the United Nations in New York for a Nuremberg-style tribunal to hold the Russian leadership accountable for crimes of aggression in Ukraine.

There are signs that US opposition to the proposal may be softening in the face of lobbying by the Ukrainian president, Volodymyr Zelenskiy.

Beth Van Schaack, the US ambassador for global criminal justice, said this week: “It’s something that President Zelenskiy cares deeply about. This is something Ukraine wants, and I think that’s going to carry a lot of weight. The question is, will they have the votes at the general assembly?”

She added: “So far, all of the [general assembly] resolutions on Ukraine have prevailed. The numbers have been quite strong.”

The international criminal court has already started investigating war crimes in Ukraine, but Ukraine’s leadership argues that the ICC is hampered in that while it can try those charged with individual war crimes, it cannot prosecute the Kremlin leadership over the broader crime of aggression since Russia is not a signatory to the relevant statute.

Van Schaack, speaking in London at a Lawyers for Justice in Libya event, said the US had not taken a firm position on a special tribunal. However, she believed there was merit in holding trials in absentia of Russians accused of war crimes if it was not possible to extradite them.

She said it was possible the US could declassify intelligence to help reveal those most responsible for preparing and conducting a war that she said had clearly breached the UN charter.

Her remarks suggest that a key figures in the Biden administration are now more open to setting up a special tribunal focused on the Russian leadership’s role in directing the invasion of Ukraine. “We’re looking at all the angles, and certainly supportive of taking some interim steps, particularly when it comes to preserving evidence,” she said.

Van Schaack said two options were being considered. The first is a bilateral treaty between Ukraine and the United Nations, “blessed in some respect by the general assembly, bringing the political support of the entire international community and setting up a standalone tribunal”.

The second option, she said, is a domestic court set up by Ukraine with the EU or the Council of Europe adding an international element, possibly endorsed by a vote at the UN general assembly.

In both cases, the vision would be to try the crime of aggression. “It would be a limited number of defendants, probably the top political leadership and maybe some top military actors as well,” she said.

In a breakthrough for Ukrainian diplomatic lobbying, the European Commission president, Ursula von der Leyen, last week backed a specialised tribunal for the first time. The tribunal already has strong French, Baltic and Dutch support, but the position of the US and the UK has been less clear.

Opponents of the plan fear the move would be divisive diplomatically, diminish the status of the ICC, or cut across its work and act as a deterrent to the current Russian leadership reaching a peace deal. There is also concern that heads of state and foreign ministers can, under international law, claim functional immunity from prosecution in domestic courts.

Ukraine’s first lady, Olena Zelenska, last Wednesday presented the case for a special tribunal to British parliamentarians, urging Britain to recognise that the tribunal would be complementary to the ICC’s work. But on the same day the UK’s attorney general, Victoria Prentis, setting out the British role in helping Ukrainian prosecutors, made no reference to the crime of aggression. A meeting of G7 justice ministers was silent on the issue.

The special tribunal was first proposed by the British QC Philippe Sands, winning the backing of the former British prime minister Gordon Brown. Sands argues that the “only people truly responsible are the leaders, and the crime of aggression is the only way to get to the top table. The crime of crimes is the crime of aggression.” He said he sensed that in recent weeks the major powers were moving on the issue.

On 14 November, the general assembly voted by 94 to 14, with 73 abstaining, to back the principle of Russia paying reparations, and agreed to establish a claims register in The Hague, staffed by UN prosecutors, to compile state and individual compensation claims.

Van Schaack said there was the possibility of “in absentia” cases of Russian war crimes being heard, saying that Ukraine’s court system allows for that.

“They do provide an opportunity to pull together evidence to create a historical record, and then if those individuals do fall within custody they are entitled to a retrial, which can then start a process which is truly adversarial. So I see the merit in initiating cases even though you are not sure you are going to get custody over a defendant.”

Ukraine wants the new tribunal to begin working no later than September 2023, since by then it believes it will have compiled at least 26,000 war crimes that led to the deaths of 7,500 civilians, including 400 children.