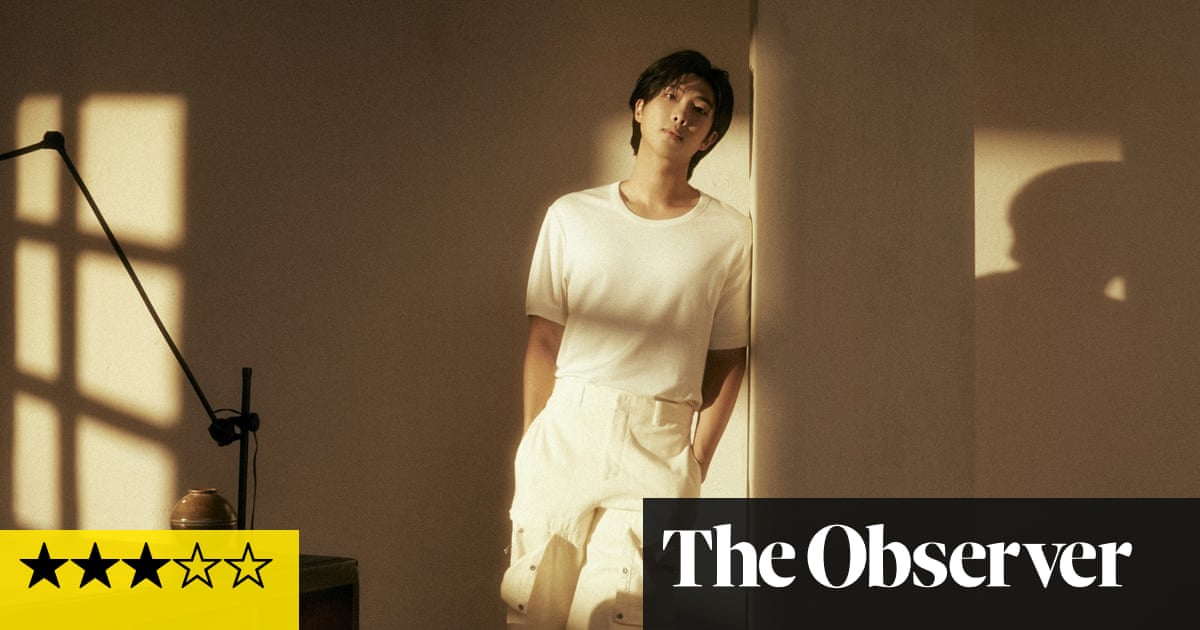 RM (formerly Rap Monster) is the de facto leader of behemoth Korean group BTS. Indigo is the charismatic rapper’s first solo album; it finds him reflecting on his 20s and, accordingly, pop stardom. This means poignant introspection on the confines of gargantuan fame. “I wanna be human ’fore I do some art”, he refrains gruffly on the plush, soulful keys of Yun, which features none other than Erykah Badu. Or, he offers in Korean, “I wanna be free of this canvas frame”, on Still Life, a particularly irresistible, glossy slice of pop with Anderson .Paak.

There’s an exuberant headto head with Korean rap veteran Tablo, and twee softness on No 2, where RM tells himself to stop looking back. The production gleams – take the rippling sweetness of Closer, or the crunchy abrasiveness of Change Pt 2. RM’s delivery at best is boisterous, sometimes taut as elastic, elsewhere a slick rasp (his singing voice is less striking, though no less full of feeling). Some moments fall flat – Lonely is cloying, paint-by-numbers EDM-pop that doesn’t fully land. Still, Indigo is a polished collection that spans both pop and rap with confidence.