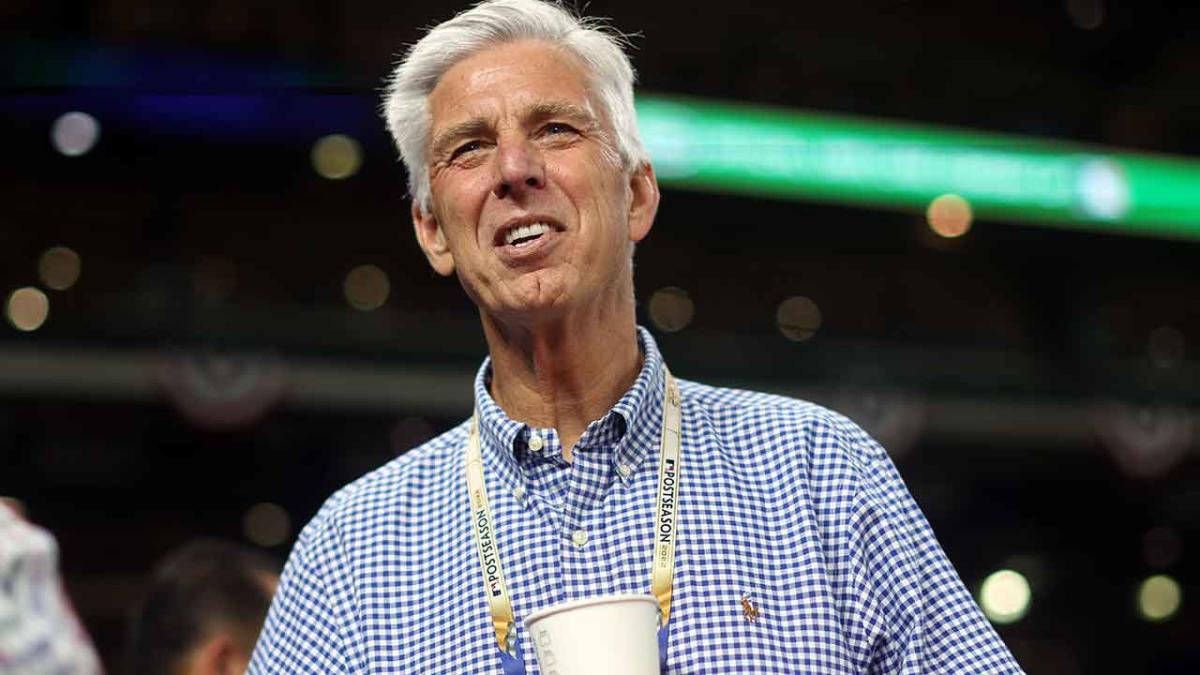 Just a month after their dreams of winning the World Series ended in Houston, Phillies officials head to San Diego this weekend looking for the improvements that they hope will fuel another deep postseason run in 2023.

Baseball’s winter meetings, killed by COVID in 2020 and a lockout in 2021, return this week after a two-year absence and there figures to be plenty of action to keep the hot stove a-glow.

Slugger Aaron Judge is the centerpiece of the meetings and not just for his 6-7, 285-pound physique.

Judge clubbed an American League record 62 homers in 2022 and was the league’s MVP. Now, he’s poised to parlay those accomplishments into a gargantuan free-agent payday.

The incumbent New York Yankees are looking to keep Judge in pinstripes, but there’s competition from the San Francisco Giants and possibly the Los Angeles Dodgers. It would not be a surprise if Judge signed before the meetings ended on Thursday morning.

The Phillies are not in the hunt to land Judge, but they are paying attention to his timetable for signing. A Judge signing could stimulate action on the free-agent shortstop market and the Phillies are hell-bent on doing business there.

Four outstanding shortstops — Trea Turner, Xander Bogaerts, Carlos Correa and Dansby Swanson — are all there for the taking and it would be a shock if the Phillies don’t end up with one of them. The team is on record as saying it wants to improve and “push the needle.” The Phils have the payroll space and infield opening to make a score at shortstop.

Turner, according to sources, is the Phillies’ No. 1 target. A gifted hitter, baserunner and defender, he was a teammate of Bryce Harper in Washington and the two are friends. Harper has not been shy with his praise of Turner and he often gets what he wants (see Messrs. Realmuto, Schwarber and Castellanos). But another relationship could be just as important in landing Turner. Kevin Long was Turner’s hitting coach in Washington and they are also close. Long has gained significant clout during his one year in Philadelphia. He pushed for the team to sign Kyle Schwarber last year and is a big fan of Turner.

According to reports, Turner is also being pursued by San Diego. St. Louis is also said to have interest. The Chicago Cubs, as well. And the teams that lose out on Judge will have the payroll budget to get in the bidding.

Turner, 29, could come with a price tag of $30 million per season in a deal of at least six years. Conveniently, the Phils freed up $30 million in payroll with the departures of middle infielders Didi Gregorius and Jean Segura and the club is more than open to playing youngster Bryson Stott at second base.

While the Phillies might be the favorites to land Turner, they must have contingencies if he lands elsewhere. Bogaerts might be second on the team’s wish list. According to a report in The Athletic, the Phils plan to meet with all four free-agent shortstops.

Offense is a strength for all four of the top free-agent shortstops. The addition of one will help the Phillies absorb the loss of Harper, whose recovery from Tommy John surgery will keep him out of the big-league lineup until at least June.

In addition to a shortstop, the Phillies are looking to add bullpen help and a mid-rotation starter, one without a free-agent qualifying offer.

The free-agent market heated up Friday night with a winter meetings appetizer. Two-time National League Cy Young Award winner Jacob deGrom signed a five-year, $185 contract with the Texas Rangers, leaving the New York Mets and the NL East. The Phillies won’t be sad to see deGrom move on from the division, but the Mets, with high expectations and plenty of money, could now look to bring Carlos Rodon or Justin Verlander to Queens. Both free agents will be hot names this week in San Diego.