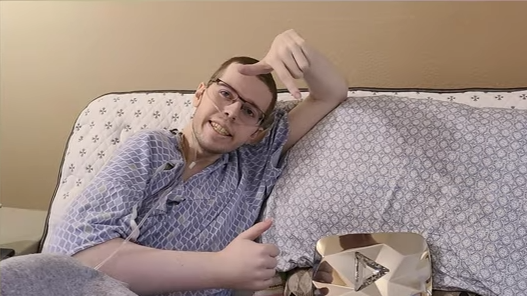 On 1 July 2022 a video called “so long nerds” was uploaded to the channel of hugely popular Minecraft youtuber Technoblade (opens in new tab). It was posted by family and was a farewell video announcing his death, in which his father read a script written by Technoblade before making his own tribute. It almost immediately became the top-trending video on the platform and, in its round-up of the year, YouTube has announced (opens in new tab) it was the most-watched video of 2022 with 87 million views.

YouTube talks about Top Trending videos to reflect the platform’s culture because, if you just went with the simple metric of ‘most views’, something like Baby Shark would probably be at the top every year. Technoblade’s channel had around 10.8 million followers when it was posted: this now stands at 15.6 million.

“Thank you all for supporting my content over the years,” said Technoblade’s script, which also shared that his first name was Alexander. “If I had another hundred lives, I think I would choose to be Technoblade again every single time, as those were the happiest years of my life.”

The content creator had been a part of the Minecraft scene since 2013, and was known especially for his wit, PvP skills and a friendly rivalry with fellow Minecraft superstar Dream. In 2021 Technoblade began talking about his cancer diagnosis with fans, and was open about the reality of treatment while maintaining that same sense of humour: once joking that a limb salvage operation almost made him an amputee.

The statement from Technoblade’s father in the video ends: “The past year had a lot of rough spots for our son as he battled stage 4 cancer. But he didn’t complain, and kept using his famous strategic mind to try and beat what he knew were almost impossible odds. My son’s bravery on this path was a shining lesson to all of us who were privileged to walk it with him. Thank you for sharing his journey through it all, as he did the work he loved for his beloved fans.”

The news saw an outpouring of love and tributes from the Minecraft community and an in-game tribute from Mojang on Minecraft’s loading screen (opens in new tab): a nod to Technoblade’s crowned pig avatar.

It would perhaps have amused Technoblade that his farewell managed to relegate old rival Dream’s face reveal video “hi I’m Dream” into third place in the list, with that being watched 47 million times.